Jeezy Compares Himself And T.I. To Biggie & Jay, Pac & Snoop 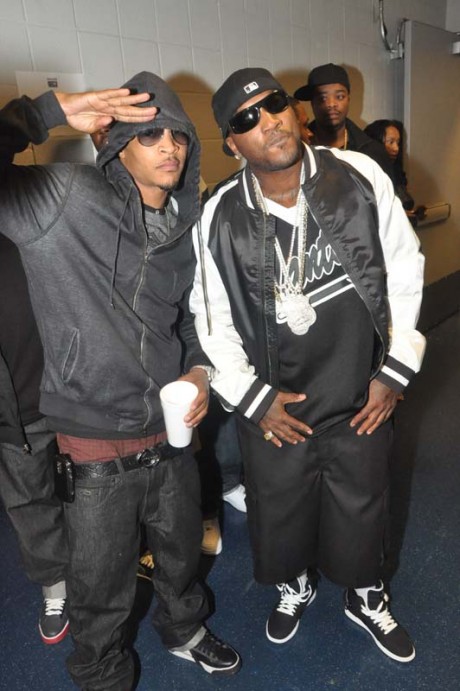 According to Jeezy new interview with Vibe Magazine, he has never had no issues with T.I. and they support each other:

“I always took this thing like me and Tip was like Big and Jay. Just in the sense of we always coexist. We really never had no issues or nothing we couldn’t work out. And if it was it was just what club we meeting at. What time, you know what I’m saying? Anything he’s done, I’ve pretty much supported him, just as well as anything I’ve done, he pretty much supported me. He like the cat on the other side of town who get money, too. And it’s like that. You could be in the city and two n*ggas run the city, you know what I’m saying? Like, we been on a few tours together, you know, did a couple of classic records, and um, it’s just one of those things. That’s how I always looked at it. Like we was like Big and Jay. Pac and Snoop.” (VIBE)

Jeezy and T.I. are both dope artists but they are far from Big & Jay and Snoop & Pac. I am not sure in what way(s) Jeezy meant when he compared himself and T.I. to those artists. Big, Jay, Snoop and Pac are way more lyrical than Jeezy & Tip, had a bigger street reputation than them and made a greater impact in Hip-Hop than them.

Comments Off on Jeezy Compares Himself And T.I. To Biggie & Jay, Pac & Snoop 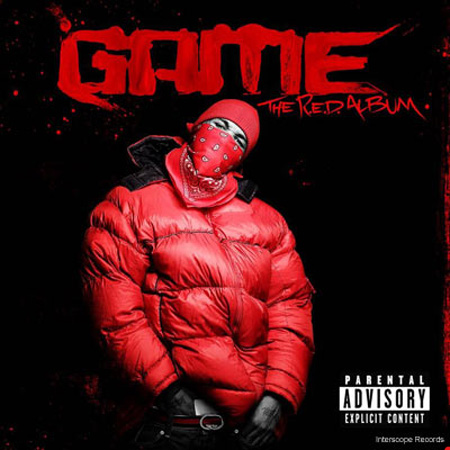 This upcoming summer will be a red summer, Compton rapper Game will be releasing his highly anticipated LP The R.E.D. Album on June 15th via Aftermath/Geffen Records. Game shot a video for “Shake” earlier this week. The track is produced by Cool & Dre.  I am hearing that parts of the video was shot in Dr. Dre’s mansion and Travis Barker’s studio.

(Game is a dope artist and I f**ks with his music but his label should be an little smarter and push his album up two weeks because Drake’s debut album Thank Me Later is dropping on June 15th).

Comments Off on Game Dropping The R.E.D. Album This Summer

Amber Rose & Her Sister Licking and Sucking In Soho

Amber Rose and her sister were spotted in the Soho section of Manhattan the other day. They were enjoying a day in the city and trying to stay cool. Amber Rose is still one of the baddest chicks in the game. What happened with Amber Rose, Nicki Minaj and Kanye West inside the hotel room in Miami? lol 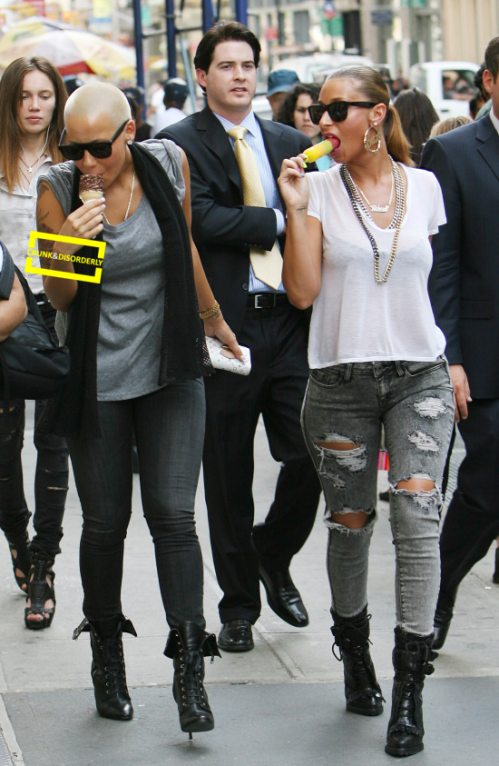 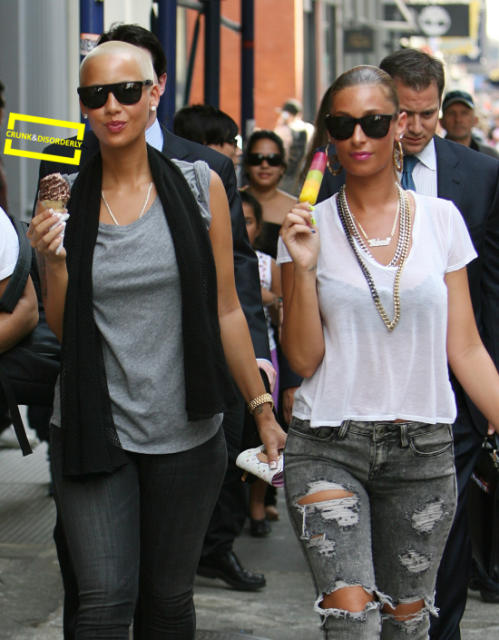 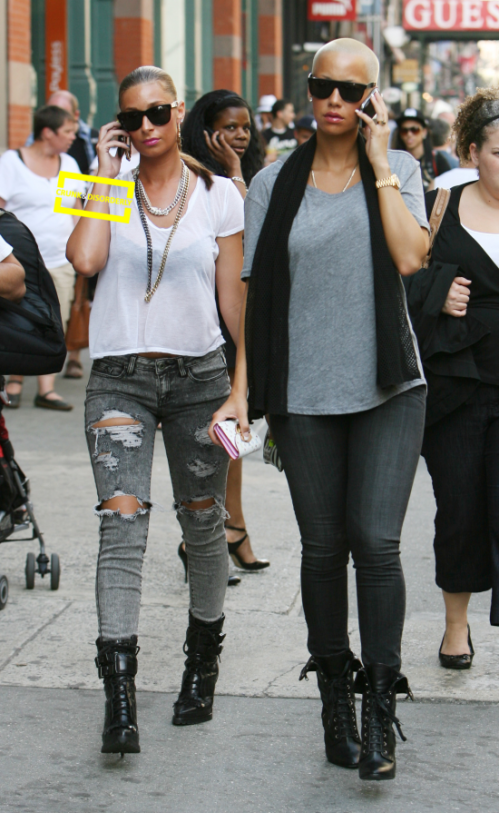 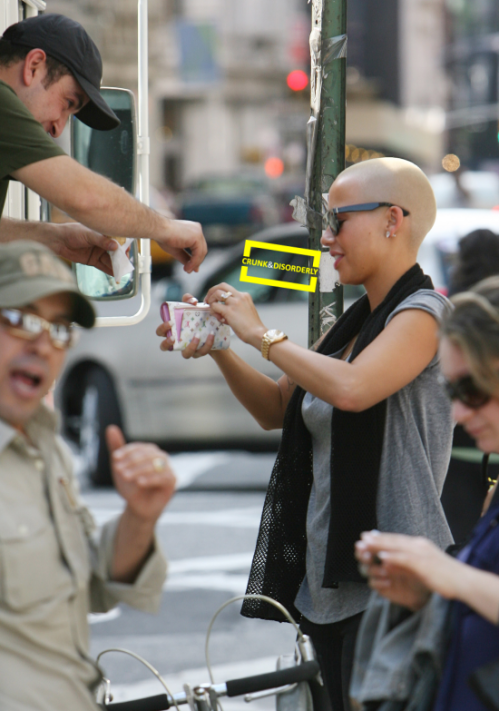 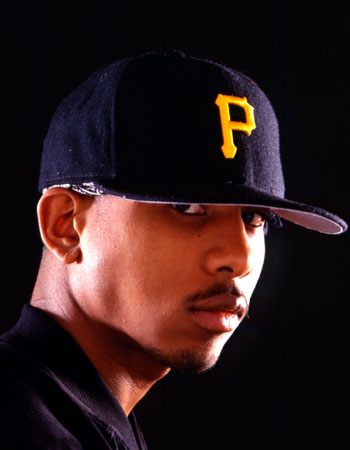 Def Jam recording artist Shyne is scheduled to release his comeback track,  “Messiah” in the beginning of next week.  The track is produced by EZ Elpee. I am not sure if the track will be feature on Shyne’s forthcoming LP or is it just a warm-up track. This will be Shyne’s third LP and his first since his 2004 album Godfather Buried Alive.

In related Shyne news, the Belize born, Brooklyn raised rapper in currently in the studio working on his new album. As of press, the album does not have a  title or release date. In the beginning of the year, Def Jam CEO L.A. Reid flew to Belize to sign Shyne to a seven-figure deal with the label. Shyne is still banned from entering the United States and was not allowed to enter the United Kingdom in February, due to his criminal record.

Comments Off on Shyne Dropping New Single “Messiah” Next Week 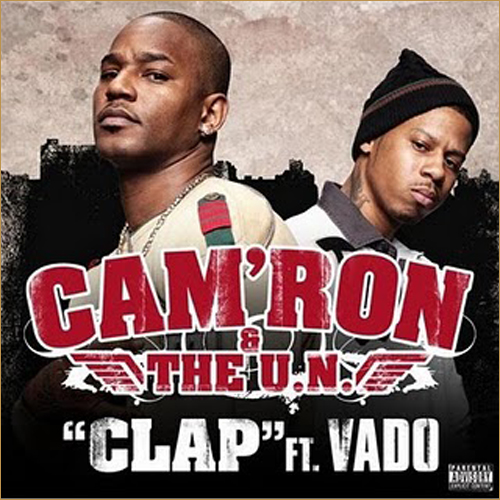 The track is featured on Cam Gangsta Drillz  mixtape Boss of all Bosses hosted by DJ Drama. If I’m not mistaking, isn’t this song old and wasn’t the video shot  last summer? If I am correct, why did Cam take almost a year to put out the video?