I am not sure why and how this happened but Waka Flocka Flames was confronted by some crips at Gooch video shoot last week in ATL. If you guys are wondering why Gooch is playing it cool, it’s because he was just released from jail and he’s not trying to go back.

Brooklyn/Def Jam rapper Fabolous is touring overseas. He stopped in London to perform and did an exclusive interview with Tim Westwood.

Comments Off on New Fabolous Interview & Performace [With Video]

Gucci Mane (Behind The Scenes Video Shoot) With Pictures

Since being released from jail last week (May 12th) , Gooch has filmed three videos and recorded  a lot of tracks for his forthcoming LP The Appeal, dropping this summer. Shawty Lo and DJ Holiday came out to suppose Gooch video shoot. The video is expected to premiere on a urban television network, (I will not mention the name of the network because I no longer support that network) sometime next week. 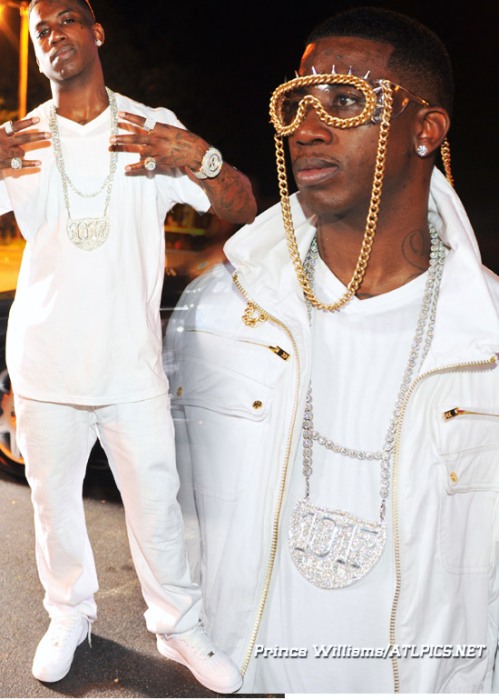 Diddy stalled hopping on his Last Train to Paris to spend a little time with XXL. The hip-hop mogul appears in XXL magazine’s upcoming June issue and it’s his very first time being featured on the publication’s cover.

In the comprehensive interview written by Thomas Golianopoulos, Puff gives insight into his ubersuccessful business mind, his new album, Last Train to Paris and he reflects on his grind to the top to become hip-hop’s number one mogul.

In addition to the P. Diddy story, the June issue features an in-depth reported piece on the untimely death of rap legend Guru of Gang Starr. Speaking with family members, friends, his former group mate DJ Premier and close friend/business partner Solar, XXL tries to make sense of the beloved lyricist’s final days, while also exploring the mystery behind his last days.

The magazine also pays homage to the 20th anniversary to the making of Ice Cube’s classic solo debut, AmeriKKKa’s Most Wanted and gives a detailed guide to hip-hop’s plethora of reality shows.

XXL’s June issue will be in stores nationwide on June 1, 2010. The May issue, which features Young Money artists Drake and Nicki Minaj, is on stands now. —XXL Staff

(Props to XXL and shout-out to all of my former co-workers and boss over at XXL. Taiia and Amber, I miss you guys).

Comments Off on Diddy Covers The June Issue Of XXL Magazine