Jim Jones Styling On Them Lames In Hugo Boss

END_OF_DOCUMENT_TOKEN_TO_BE_REPLACED

Today NBA player Carmelo Anthony and TV Personality/Actress La La Vazquez are getting married at a private ceremony in New York City. Some of the celebrities that are attending the wedding are Ciara, Trina, Kim Kardashian, Fabolous, DJ Clue, Amare Stoudemire, Kenyon Martin, Diego Cash, Angie Martinez, Terrance and Rocsi. VH1 will be in the building filming for La La’s and Melo’s reality show. The show will be premiering on VH1,  September 19th at 9:30pm (congratulation to La La and Melo on this special day). 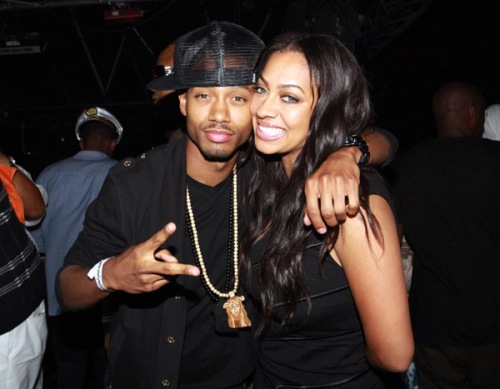 END_OF_DOCUMENT_TOKEN_TO_BE_REPLACED

Comments Off on Exclusive Pictures: Carmelo Anthony And La La Vazquez Wedding Dinner On A Yacht With Celebrity Friends

The Boss Ricky Rozay linked up with the big homie Jay-Z for “Free Mason,” with John Legend on the hook. I have to admit that this record goes hard. The track is featured on Ross’ forthcoming LP Teflon Don, in stores and online July 20th. Peep what Jay-Z Said.

“N***as couldn’t do nothing with me, they put the devil on me. I would have preferred n***as squeeze the metal on me/ Rumors of Lucifer, I don’t know who to trust/ The whole world wants my demise, turn the music up.”-Jay-Z “Free Mason”

“Hear me clearly if y’all nig%as fear me, just say y’all fear me/ F**k all these fairy tales/ Go to hell, this is God engineering/ This is a hail mary pass ya’ll interfering”-Jay-Z “Free Mason”

I heard Ross’ album in its entirety and it’s a f**king classic. It’s one of the hottest records I heard since Jay-Z’s Blueprint 3.