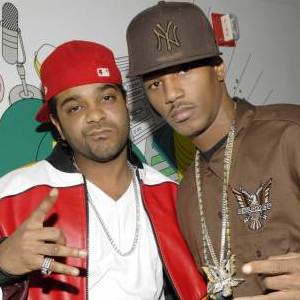 I don’t know where this came from or why they decided to diss Ye and Jay. If you guys are not familiar with the beat, “Run Away” is Kanye’s new song that he released on Sunday.

“Dipset yeah you know who’s scorching this/ all of these kids should open a damn orphanage…Kanye, you a sucka n—a/dissed Dame so my attitude is fuck the n—a/ sucked [off] Jigga/ How you gonna live with that?/ Took your beat, now come get it back”-Cam’ron

Kanye West will appear on the cover of XXL’s October issue, hitting newstands nationwide on September 28.

The Louis Vuitton Don penned the cover story on himself—his first article ever—and also served as the creative director of his own 40-page section in the special collector’s issue.

In his candid cover story, Ye speaks on the reaction he received from the infamous 2009 MTV Video Music Awards debacle. “I stress that the incident wasn’t about Taylor personally,” he explains in the story. “And it definitely wasn’t about race. Where I messed up is, at the end of the day, it’s your show, Taylor. It’s your show, MTV.”

“The relationship with the public and with your fans is like the relationship with your girlfriend,” he adds. “How could I not, at a certain point, be like, ‘I’m sorry. I shouldn’t have been at the awards show. I’m sorry.’ Not that I don’t deserve to get beat up or change who I am inside, to make sure that that doesn’t happen again.”

Mr. West said that, following his VMA outburst, he immediately dedicated himself to the studio. “I knew I wasn’t in a great spot publicly after the incident, but I would just block it out and work as hard as possible and let my work be my saving grace,” he shared. “In a way, I had thrown a Molotov cocktail at my own career, and it gave me an opportunity, for the first time, to go away and find out who I was. Because I felt very alone.”

Be sure to pick up your copy on September 28. —XXL Staff

New Video: Lil Wayne “I’m Not A Human Being”

Cash Money/Young Money recording artist Lil Wayne is currently serving the last 1 1/2 months of his eight months prison bid upstate Rikers Island, In New York. Wayne is scheduled to be released on November 4th, a day later Wayne will be dropping his forthcoming LP Tha Carter lV as well as having a welcome home concert the same exact day. Before all of that happens, Wayne will be releasing his forthcoming EP I am Not A Human Being on his birthday September 27th. Peep the official “I’m Not A Human Being” video below.

Comments Off on New Video: Lil Wayne “I’m Not A Human Being”

Chris Brown Styling On Them Lames

Singer Chris Brown was spotted at John Varvatos and Stillhouse launch of the Original Moonshine fashion show in New York City. C Breezy was styling on them lames in a plaid Ralph Lauren Polo shirt. Breezy worn the shirt with a contrasting striped grosgrain belt, navy blue shorts, and a pair of white low-top sneakers.

I like Chris Brown style. He’s one of the most stylist male celebrities. When he first came out, he was dressing like a regular teen, but as he got older and mature, she started to dress more mature and professional.

END_OF_DOCUMENT_TOKEN_TO_BE_REPLACED

Comments Off on Chris Brown Styling On Them Lames

Monday night (September 13th) Jay-Z and Eminem had their Home and Home concert at the Yankee Stadium in New York. Jay-Z Headlined the concert. During his segment, he brought out Kanye West and Nicki Minaj. They performed “Power” remix and “Monster”. Peep the video below.

Ciara Styling On Them Hoes In Christian Louboutins

Atlanta R&B singer Ciara was spotted arriving to The Betsey Johnson Spring 2011 Runway Show. She was wearing a Betsey Johnson mini dress, with a pair of high Christian Louboutin boots. 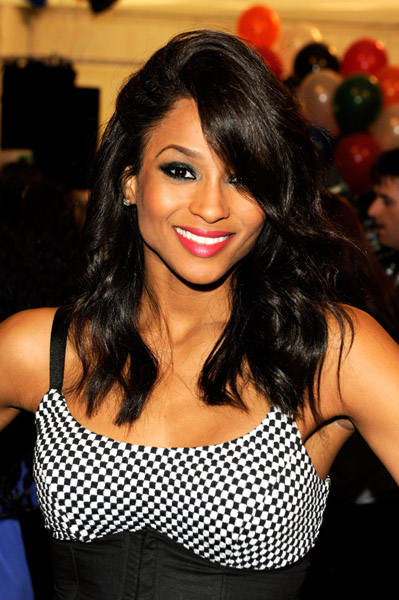 Comments Off on Ciara Styling On Them Hoes In Christian Louboutins