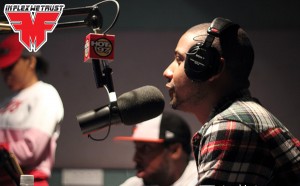 According to Juelz, he heard the record on the internet the same way as everyone else heard it. Before the record hit the net, Juelz didn’t know anything about it.  However, he did mention that he spoke to Kanye about a month and a half ago.