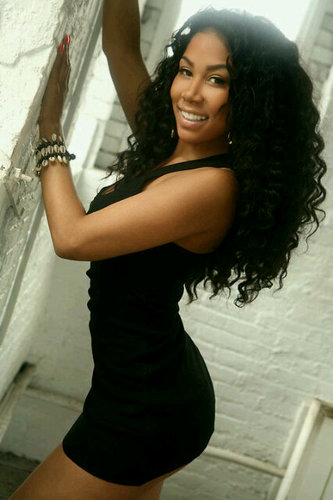 Miyoki Jones hair caught on fire at Diddy’s album release party and it all was caught on camera.  Diddy’s Dirty Money were celebrating the release of their new album, Last Train to Paris, in a penthouse at The London in New York City, this past Tuesday (December 14).

In the scene, which was being recorded live via UStream, Kevin Hart, Fabolous, Trey Songz and a few models were  sitting in a bathroom, and one model is seen sitting in the tub surrounded by candles. Suddenly, her hair catches fire and the model did what anyone will do, put her head underwater.

TMZ caught up with the model in Times Square, New York City  yesterday Thursday (December 16) and she revealed that her hair is fine. She also revealed that Diddy called her to make sure that she was okay and she was a paid hired model for the event. Peep the video below of Miyoki hair catches fire.