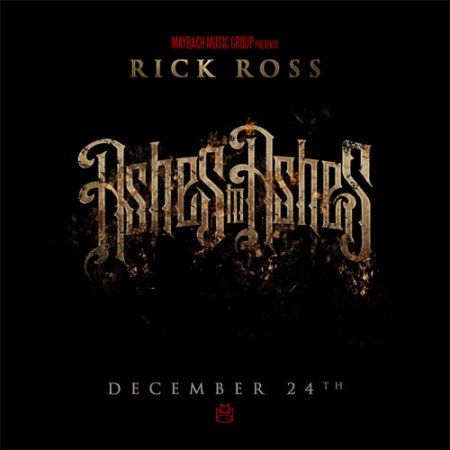 Fresh off the success of a world tour and a gold album (Teflon Don), Miami rapper Rick Ross will be releasing his new mixtape Ashes To Ashes on Christmas Eve Thursday (December 24th). The official first single from the mixtape is called “9 Piece” and features T.I. A video for the song is in the works.  Another dope track from the mixtape is  “Play Your Part” Ft. Meek Mill and Wale. Both artists are in talks to sign with Ross’ Maybach Music label.  Ross spoke to XXLmag.com about his song with Meek and Wale, “It’s a big motherfucker ,We really put together [something] cohesive and something I think the game gonna really appreciate.”

In addition to T.I., Meek and Wale, Diddy, Barry White, Drake, Ludacris, Birdman, Wiz Khalifa, Ne-Yo and Big Sean will all be appearing on the mixtape, with productions from Lex Lugor, Boi-1Da, The Inkredibles, Clinton Sparks and the J.U.S.T.I.C.E. League, among others. Peep the tracklist below.