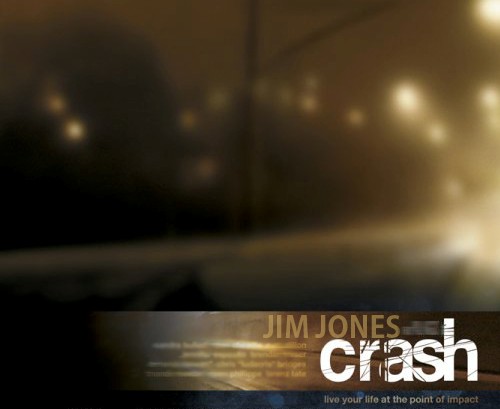 Last week, I reported that Harlem rapper Jim Jones was involved in a car accident and his passenger van was destroyed. Earlier Jim Jones released a track titled “Crash,” addressing the entire situation. In the song Jim talked about the police searching the van, a deer crossing the road; which is the caused of the crash and believing in GOD. Listen to the track below.

Comments Off on Dope Music: Jim Jones “Crash” Jones Addresses How He Escaped Death In A Car Accident Last Week

New Video: Wiz Khalifa Ft. Too $hort “On My Level”

On this track, Wiz Khalifa and Too Short want you guys to know that they are on their level. In the video, Wiz  is Rolling Papers as he gets his smoke on. “On My Level” is the official single off of Wiz’s upcoming album Rolling Papers.  The track was produced byJim Jonsin. I like the video clip and think it dope how it features a party-themed. DJ Drama aka Gangsta Grillz made an appearance in the video. Legendary Westcoast rapper Too Short murdered his verse. Peep the video below.

Comments Off on New Video: Wiz Khalifa Ft. Too $hort “On My Level”

Tagged as "On My Level", Too Short, wiz khalifa

Lil Kim took at stab at Kanye West and Jay-Z’s “H.A.M.” On the remix, the Queen Bee told her haters to stop trying to cut her off and stay in their own lane. Kim used Autotune on her verse. The remix is featured on Kim’s upcoming mixtape Black Friday, dropping on Valentine’s Day.

Dope or Nope; are you guys feeling this track?

Comments Off on Dope Or Nope: Lil Kim “H.A.M.” Remix

Platinum selling/BET Award winning rapper Fabolous will be dropping his new mixtape Soul in February. The mixtape will be done over all sampled soul beats; without A DJ. Below is how XXL is reporting the story.

According to Fab, he’s already recorded most of the material for the untitled tape and he’s even shot a video for one of the tracks. Emphasizing a focus on soul beats, Fab hit up his Twitter followers for some title suggestions.

“I’m almost done with it,” he told XXL. “I did the poll [on Twitter] to get people interactive with it and see what names they would come up with. I’m doing it over all old soul sampled beats, so I wanted to keep the world ‘soul’ within the title. A lot of people picked ‘Soul Survivor’ or really attached it to There Is No Competition because they are already familiar with that and that’s one of the mixtape monikers for me. But I wanted to keep it separate from There Is No Competition, even though that name is winning [in the poll]. I might actually go with the third option which is ‘The S.O.U.L. Tape.’ The first one that was winning was ‘Rest The Souls of the Competition.’ That’s kinda like playing into There Is No Competition 2 and the next one is ‘TINC 2.5: Soul Survivor.’ But I’m trying to steer away from that because that’s its own brand. I want to steer away from both of those and just call it ‘The S.O.U.L. Tape.”

Since the tape is seperate from his TINC series, Fab isn’t going to recruit DJ Drama to take on hosting duties. In fact, he may not have a DJ involved with the tape at all. “For a while there hasn’t been a tape without a DJ since like maybe Drake’s tape or Lil Wayne’s tape,” he said. “Everybody usually has a DJ attached to it which is dope, I think it’s a dope thing for both the DJ and the artist. They usually blend the tapes well and it good for the music, but I think I want to do it without— just music. Its kinda one of those tapes that I want people to just sit through and listen and really hear the lyrics. DJs bring it back sometimes or they’re talking on top of it.”

As of press, the mixtape does not have a set released date but will be dropping the first or second week in February.

Comments Off on Fabolous Releasing S.O.U.L. Mixtape Next Month

Dollah (the first artist I signed to YoDonBleekRaps Mgmt) decided to take a stab at Cam’ron and Vado’s “Speaking In Tongues.” On the Harlemites track, this Bronxsta spits some hardcore lyrics over A dope best. In the freestyle Dollah raps about the fast life in the Bronx. Peep Dollah’s freestyle below.

Dollah is in the studio recording tracks for his debut mixtape Billion Dollah Rapper (subject to change). As of press, a released date for his mixtape has not been set. Dollah and I are focusing on putting out singles and a few videos before we drop his actual mixtape. Dollah is in the studio creating a masterpiece. Once he feel like he is giving his fans his best work; he will put out his mixtape.

Comments Off on World Premiere: Dollah “Speaking In Tongues” (Freestyle)

Dope Pic Of The Day: Meek Millz In His Drop Top

Many times I’ve been in the clubs in Philly and the crowd goes crazy when the DJ play that Meek Milly s**t. Meek is living at the speed of life as he drive through Miami in his drop top. I respect what Meek is doing for Philadelphia Hip-Hop. He’s bringing DOPE music back to the City of Brotherly Love. I remember about 5 years ago when Meek and I both were teenagers; I was sitting in my Camden, New Jersey home watching Meek rap on DVD’s now he’s one of the hottest rising rappers. Meek is doing a great job at branding himself. As I previously reported, Meek Millz is in the process or already signed to Rick Ross’ Maybach Music Group. Much success Meek in all of your future endeavors.

Comments Off on Dope Pic Of The Day: Meek Millz In His Drop Top