Femcee Diamond (formerly of Crime Mob) recently released the official video to “Honey Bun” Ft. DJ Holiday. The track is featured on her latest mixtape Cocaine Waitress. I’m feeling Diamond; she’s very sexy and has a nice body. In all of her songs, all she do is talk about her p***y. I hope it’s as good as her lyrics. Lol. Peep the video below:

Yesterday Saturday (April 2) Kanye West was spotted at LAX airport in Los Angeles, CA. Yeezy was  styling on them lames in a pair of $150 Air Jordan 6 sneakers. Also, Yeezy was wearing a Polo Sport Tiger Head varsity jacket by Ralph Lauren and a Balmain bullet belt.

Kanye is in the studio working on a collab album titled Watch The Throne with Jay-Z.

Comments Off on Sneaker Me Dope: Kanye West In Air Jordan 6 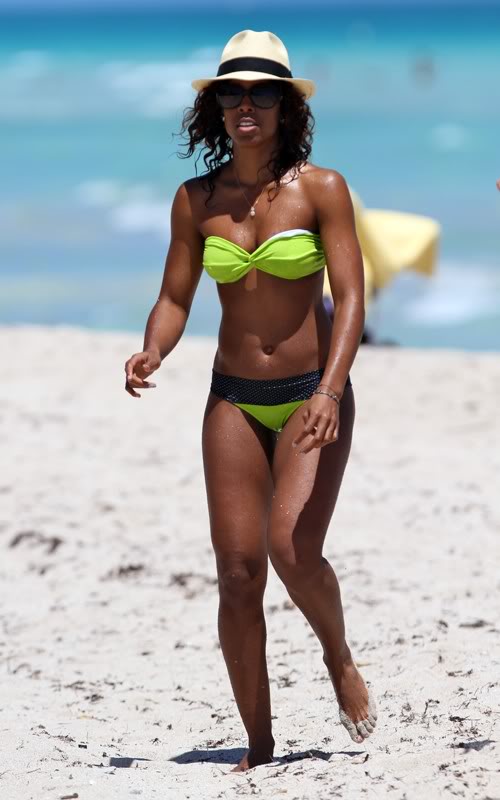 Over this past weekend, the lovely Kelly Rowland was spotted flaunting her long legs and nice abs on Miami Beach. Kelly was wearing a two-piece lime green bikini. Kelly recently added the finishing touches to her upcoming album. It is rumored that the album may be hitting stores as early as this summer.

Tomorrow Monday (April 4) Kelly will be on BET’s 106 and Park to premiere her new video for “Motivation” Ft. Lil Wayne

Maybach Music Group Self Made Cover 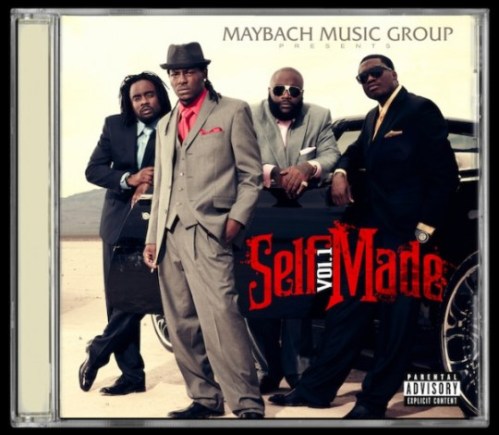 On May 24, Rick Ross’ Maybach Music Group, which consist of Rick Ross, Wale, Meek Mill, and Pill will be dropping their debut compilation album Self Made. Over this week, the offiical album cover was released. Last month, Ross inked a partnership deal with Lyor Cohen/Warner Bros Records for his label Maybach Music Group.

Comments Off on Maybach Music Group Self Made Cover