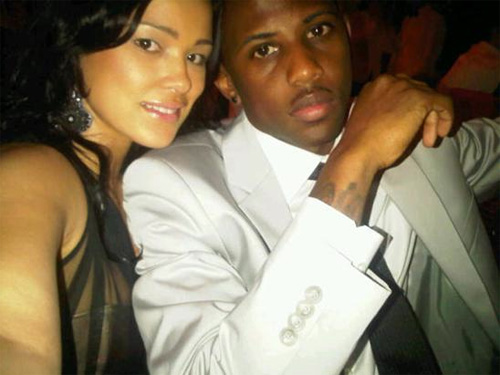 “Love & Hip-Hop” cast member Emily B did a recent interview with celebrity blogger Necole Bitchie. During the interview, Emily talked about her current relationship with Fabolous, John the person vs. Fabolous the rapper, the way the show affects her business, being exploited on the show and Chrissy proposing to Jim Jones. Emily and Fab have been dating for 9 years and she has a son with Fab. Also, find out if there will be a season two. Read some excerpts below:

How does your role on Love & Hip-Hop affect your business?

In the beginning, the reason I took on the show is because I wanted to be recognized for my work. [But] I feel like didn’t get credit because people were like, “You’re just a stylist because you’re Fab’s girlfriend,” or “You’re his baby mother,” as some people want to say. The truth is he could have any stylist he wants, but the reason I had the job is because I was good at it and I just wanted to prove myself. I taped more footage of me working, but of course, a reality show is about drama so that doesn’t make the edits. All you see on the show isyou see one of my clients Darrelle Revis but you really don’t get to see Emily B in work mode and that’s kind of upsetting to me because that’s the only reason why I took on the show, so, they got me [laughs]. I see Olivia, she’s in hip-hop, and we got Somaya, she’s trying to work in hip-hop, and of course my connection was through Fab, [but] they also told me they wanted to show my career because I work in the hip-hop industry, so that was a plus for me. As we started taping, they saw that I had a little bit of drama in my personal life and of course they’re gonna expose that, so it is what it is.

You did seem kind of exploited, like you just put all your drama out there.

Yeah, I definitely felt there were so many other things that were taped and they only focused on the negative. So, I feel a little saddened by that, but what you saw was all real. It was the truth and I tried to keep it as real as possible, and it was my reality so I can’t really be mad.

NEXT PAGE: EMILY TALKS ABOUT FABOLOUS, CHRISSY PROPOSING TO JIM JONES AND IF THERE WILL BE A SEASON TWO 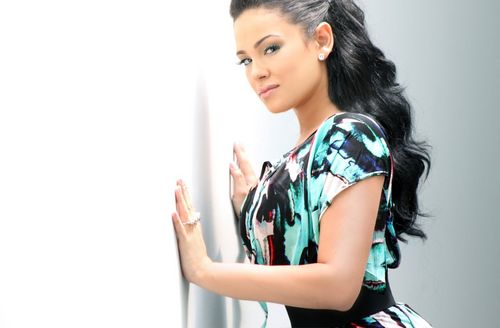 On John the person vs. Fabolous the Rapper
My thing was, I been with Fab for so many years and from the beginning, before I had a child with him, I kinda played the background role. It was always this is his career and this is his persona and this is his image, and I respected it because at the end of the day that’s his brand and his brand is Fabulous this rapper – with all the swag and the money and the bling and the women. That’s his image, and it’s kinda like, where does a family fit into that image, are you rapping about that? Where does that come in? So, I kinda just left it alone. But the first time it affected me, I was listening to him on the radio, I said this before in another interview. I was driving and he was on Angie Martinez and Angie was like, “Are you single?” And he was like, “Like a dollar bill,” and my heart dropped. I was like, “Omg, this is real, this is John on the radio. I hear his voice, it wasn’t a rap song. It was actually him saying it out his mouth,” and I immediately texted him, and he was like don’t listen to the radio. That’s Fabulous trying to make it seem like this is his persona and why was I getting upset, and from there it was like, I accepted it so it continued on. And I didn’t realize it hurt so much until I had to talk about it on the show. I swept it under the rug and then when I actually had to talk about it, it was like, ‘Maybe this isn’t right.’ I think at the end of the day his real thing is he’s private. You don’t really hear a lot of them talking about their life. He’s like, ‘Listen this is my personal life. This is my home and my family I don’t want that in the public.’

What is your current relationship with Fab?

You gotta watch the show [laughs]. I don’t know if it’s gonna be a second season, I can’t let the cat out the bag but I’ma just say that I learned a lot from that show and from watching myself on that show. I never ever in life want to be in that place again. And I was vulnerable and I wanted so hard for my family—people get irritated when I say that—to work, but it’s hard when you love someone. Love is powerful. People want to say that I was weak, but for me to have to do that and say all those things on TV, it just made me strong so, I’m a stronger person today because of it, and I’m just not in the same place. And that’s all I’ll say. Never again.

You talked about being afraid of walking away from your life with Fab. Was it fear of going back to a normal lifestyle or having less money and luxuries?

No, because I work. I have a job, and not only that, I have a child by this man so I won’t be—people are like, “She doesn’t want to leave him because of the money,” but I’m good regardless because he’s gonna have to support his son, so it wasn’t ever about money. It was about the fact that I’m a mother with two children and I felt like I failed in my first relationship with my daughter’s father, and I just didn’t want to do that again to my son because I know how it affected her, so that was the main reason, not wanting to fail. I was with Fab since I was 21-years-old. I didn’t know any better when I was 21, when I was a young girl. I didn’t know how to make a relationship work, but me now at 30-years-old, I’m like, I’ve invested the last 9 years of my life into this. This is not something that I just got pregnant and had a baby. This is my life for the last 9 years, so it was just very hard to come to a decision of whether I should stay or whether I should go because I was just stuck. And I don’t recommend that to nobody. There was plenty of chances for me to—I knew it was wrong, but I was just trying to be that ride or die, that I’m down for you, I got your back, and I guess it backfired on me. That’s just not healthy because I was hurting and it shows all over my face. I’m crying in every episode and I’m like, ‘I never cried so much in my life.’

Chrissy did something unique by proposing to Jim Jones, which got a lot of mixed reactions from people, but what were your thoughts about that and would you do that?

I don’t know. I’m more traditional, like, I laughed when she was like, “Ya’ll waiting on a fairy tail, y’all can keep waiting.” That is so true. Us women, we wait on the fairy tail we dream ofthis big weddingand I think she was like, “You know what, I’ma get what I want.” And she’s a strong person and she says what she feels and she’s like, piss or get off the pot. It’s either we get married or I move on and I think that was basically her. It was empowering. It was like, “What you gonna do?” And I respect it and it was so beautiful at the time and had everybody in tears. It was just a strong moment for her and I think it was beautiful. He really loves her, they’re a great couple.

Why is it so hard for rappers to admit that they’re family men?

So, it’s looking like no season two for you, huh?

I don’t know. With as many shows as they have on there now and all the fighting on them, I’m like, I am not gonna be fighting on TV. That’s not what I’m gonna be doing. I’m like, ‘What are they gonna have me doing next season, fighting Somaya?’ [Laughs]. I can’t. I don’t know, the only way I would do it is if they show my growth. Of course, I wanna show people my growth, what I’m doing today, and what I’ve learned from my experience of shooting season one…but at the same time, reality TV is catty, it’s drama and it’s scary because you don’t know what’s gonna happen because they’ll throw in that wild card. It’s hard. It’s in the works, though. They’re asking about it but I’m thinking hard about it. Hopefully if we do a season two you’ll get to see what I’m working on now. Like, right now I’m working on a clothing line entitled “Emily B” and it’s gonna be affordable chic, trendy and fun women’s wear. So that’s what I’m working on now, and I’m gonna continue to do styling, so I hope they focus on that side of Emily B. and not the crybaby side [laughs].

You can read the entire interview over at Bitchie Life.