Spotted: Jay-Z And Kanye West Walking Around In Soho 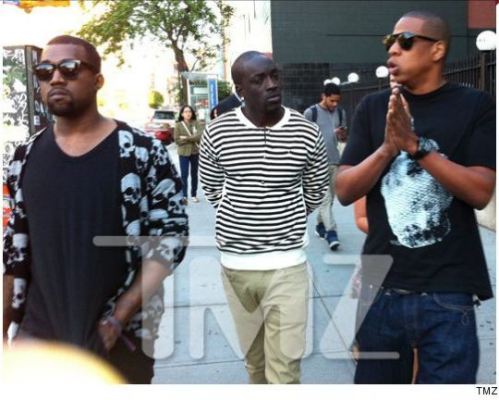 Music mogul Jay-Z and rapper Kanye West were spotted walking around in the Soho section of New York City; this past Thursday (June 2). They were joined by Akon’s brother, Def Jam VP of A&R Bu Thiam. Hova and Yeezy are putting the finishing touches on their upcoming collaboration album Watch The Throne; which has been confirmed for a July release date.

Comments Off on Spotted: Jay-Z And Kanye West Walking Around In Soho