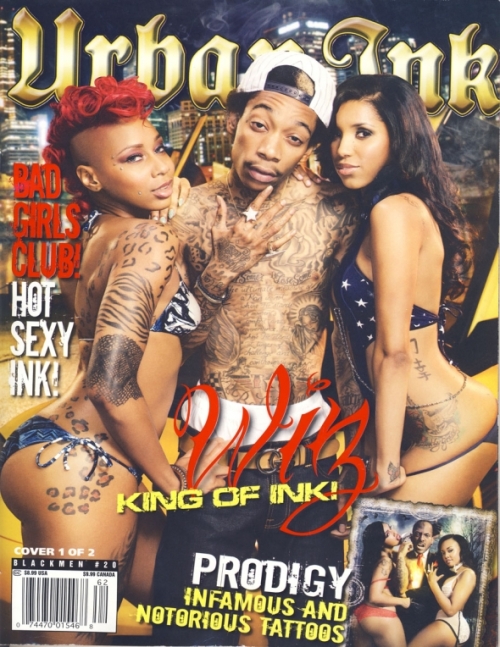 Atlantic Records recording artist Wiz Khalifa and Hip-Hop legend Prodigy of Mobb Deep are covering the 20th issue of Urban Ink’s magazine. The Pittsburgh native is featured in a high-end photo spread; with some sexy females around a “black and yellow” Lamborghini. Queens veteran P is featured in an eight page spread that was inspired by a fusion between comic books and horror films, which showcases his “good versus evil” themed tattoo collection. 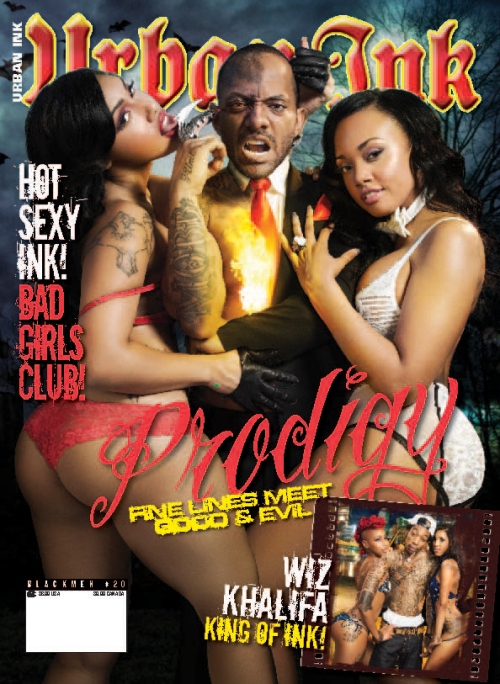