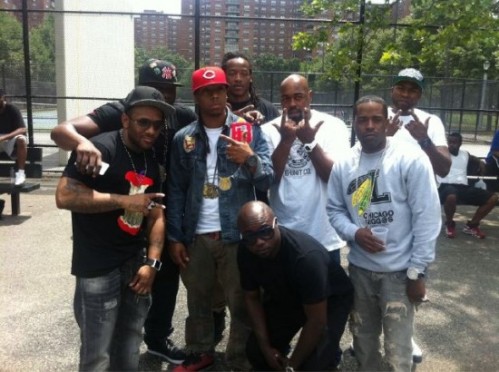 Last month, I reported that Chi Town’s rap group L.E.P. Bogus Boys were in the studio with Prodigy of Mobb Deep. Over this past weekend, Moonie and Count were in Queens, New York shooting the visual to their collaboration “Gangstaz Only.” The track is off L.E.P. Bogus Boys new project, Now Or Neva, dropping in August. They recorded the track inside of the Infamous Studios in NYC.

NEXT PAGE: MORE PICTURES FROM THE VIDEO SHOOT

Comments Off on Behind The Scenes: L.E.P. Bogus Boys Ft. Mobb Deep “Gangstaz Only” Video Shoot