Music mogul Jay-Z was spotted in London  styling on them lames. Young Hova was heading to his wife Beyonce’s album release party. Hova was wearing a $975 Balmain military cotton shirt, a $130  G-Star Rovic surfer camo shorts; with a pair of Adidas Originals Superstar 2.0 sneakers. Jay-Z and Kanye West will be releasing their collaboration album Watch The Throne this year.

Comments Off on Styling On Them Lames: Jay-Z Wearing A $975 Balmain Military Shirt & G-Star Camo Shorts

Dope Or Nope? Lloyd Banks “Check It Out”

DJ Kast just leaked a new song from G-Unit rapper Lloyd Bank.  The track was produced by Cardiak. The Queens native is currently enjoying the success of his latest independence album Hunger For More 2. The disc debuted at number 26 on the  Billboard 200 chart; which is good for an independence album in this economy. “Beamers, Benz or Bentley” sold over 500,000 copies digital. So far Banks, released five singles from the album; including “Beamer, Benz, or Bentley,” “Any Girl,” “Start It Up,” “I Don’t Deserve You,” and “So Forgetful.” Listen to the audio below:

Dope or Nope, are you guys feeling this track?

Tagged as “Check It Out”, Lloyd Banks

Last month, I posted the 13 minutes mega-remix to Atlanta’s rapper Y.C. single “Racks On Racks.” Today the official video was released. This time around, Nelly, B.o.B., Trae The Truth, Yo Gotti, Cyhi Da Prynce, Dose and Ace Hood joined YC for the video. Peep the visual below:

Call Up King Of Diamond & Tell Chyna It’d Be Worth The Flight: Blac Chyna Spotted Carrying A $5,000 Hermes Birkin Bag 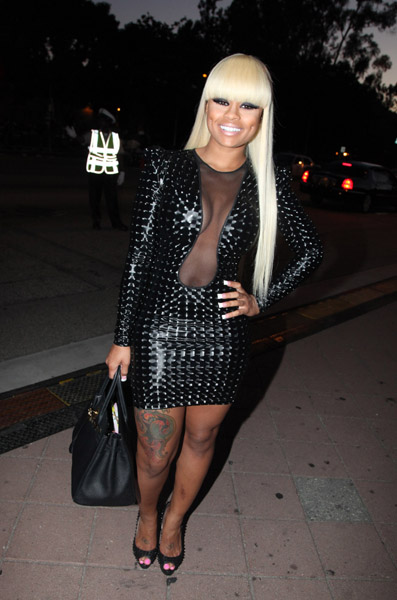 Miami’s popular stripper Blac Chyna was spotted in L.A. arriving to the 2011 BET Award. When she walked the green carpet, Chyna was carrying a $5,000 Hermes Birkin bag and wearing a pair of Christian Louboutin spike heels. Chyna is a stripper at King Of Diamonds strip club; located on 17800 North East 5th Ave in Miami, Florida. Don’t judge me but I have a big crush on Chyna. She’s very sexy and I love her small physique. 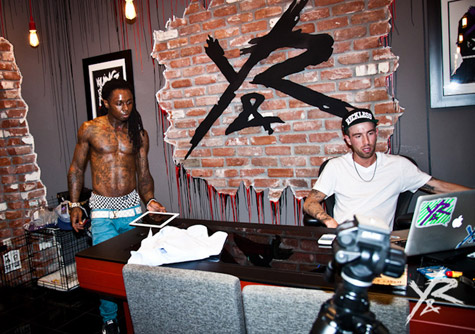 Platinum-selling rapper Lil Wayne took some time out of his busy touring schedule to visit  Rob Dyrdek’s “Fantasy Factory,” over this past weekend. Weezy’s protegé, Lil Twist and Lil Chuckee accompanied him on his weekend getaway. The fellas went skating, they played basketball, jumped in the foam pit and kicked it with Drama Beatz. The “Fantasy Factory” is a playground for the grown folks. 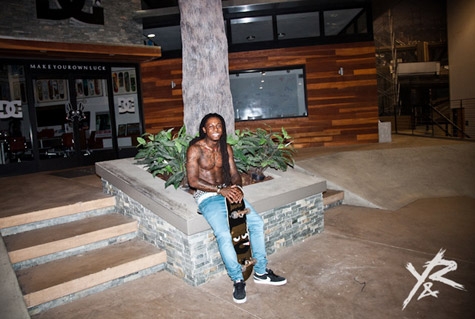 Fresh off the success of part one of his “I Am Music 2” tour, Lil Wayne added a part two and will continue touring in over 40 different cities; with the first show kicking off July 13 at Comcast Theater in Hartford, Connecticut. This time around, Nicki Minaj and Travis Barker will not be joining Weezy. Rick Ross is added to part two of the tour, with Keri Hilson, Lloyd and Far East Movement.

END_OF_DOCUMENT_TOKEN_TO_BE_REPLACED

It Ain’t Over Till It’s Over: DJ Khaled Shoots Visual With Mary J Blige, Jadakiss, & Fabolous 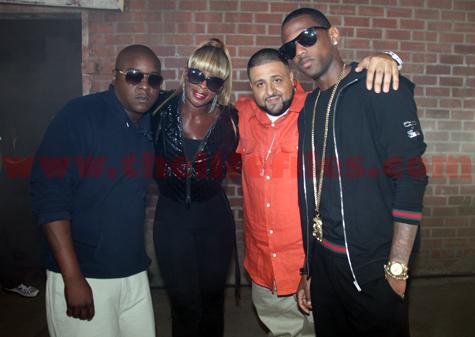 Over this past weekend, DJ Khaled premiered his new song “It’s Ain’t Over Till It’s Over” Ft. Mary J Blige, Jadakiss and Fabolous at the 2011 BET Awards. The track is off Khaled’s upcoming LP We The Best Forever, dropping July 19th. The visual went into production the other day. TheLifeFiles was on the set and have some exclusive pictures. Rick Ross and Birdman both made a cameo in the visual. 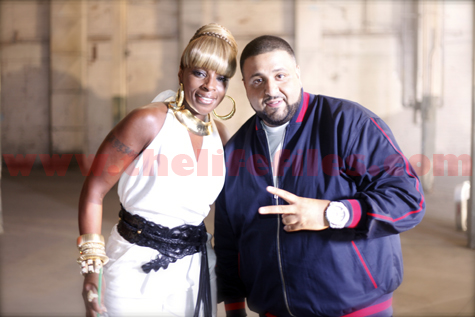 NEXT PAGE: LISTEN TO “IT’S AIN’T OVER TILL IT’S OVER” AND MORE PICTURES

END_OF_DOCUMENT_TOKEN_TO_BE_REPLACED

Comments Off on It Ain’t Over Till It’s Over: DJ Khaled Shoots Visual With Mary J Blige, Jadakiss, & Fabolous

Tagged as "It Ain't Over Till It's Over", DJ Khaled, Fabolous, Jadakiss, mary j blige 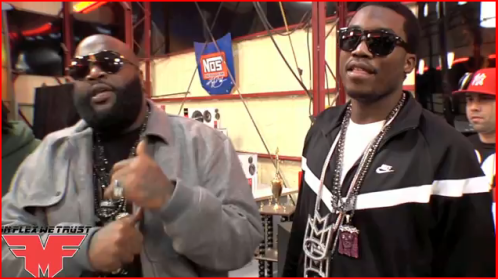 With the exception of Pill, Maybach Music Group made an appearance on New York’s DJ Funk Master Flex MTV2 show Funk Flex Full Throttle. Philly’s own Meek Millz kicked a dope freestyle. DJ Mike Sessions of the Big Dawg Pitbulls was on the 1’s & 2’s and Rick Ross was adlibing. Peep the video below:

Be sure to watch Funk Flex Full Throttle Season 2 Sunday’s at 1:00 pm on MTV2.

Picture/Video Credit: In Flex We Trust

The Carters Making Their Rounds: Jay-Z And Beyonce Spotted In London

The past few weeks, Beyoncé have been in London (the capital city of England and the United Kingdom, the largest metropolitan area in the United Kingdom and the largest urban zone in the European Union by most measures) performing and promoting her upcoming LP 4. If you guys never been to London, it is very diverse and has a diverse range of people, cultures and religions. Over this past weekend, Queen B performed at the Glastonbury concert. Later after the show, Beyoncé was spotted doing some shopping at Harrod’s. Yesterday, Beyoncé and her husband Jay-Z were seen making their way to Beyoncé’s secret show in West London. 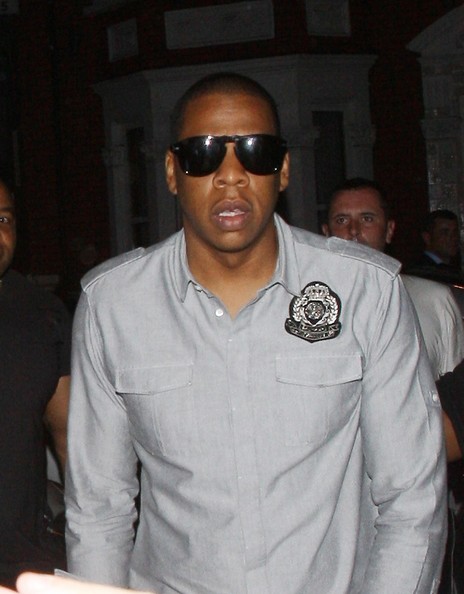 Drake decided to bring his track “Marvin Room” to life. In the video, Drizzy gets drunk at a local bar and calls up his ex-girlfriend, repeating the lines: “F**k that ni**a that you love so bad. I know you still think about the times we had.” Drizzy producer  Noah “40” Shebib produced the record. This is not Drake’s official album single; it’s just a warm-up record. Drizzy’s  recently announced that his sophomore LP Take Care; will hit stores and online October 24. The official single will be out in July. Peep the video below:

Comments Off on Drake Brings His Track To Life: “Marvin Room” Official Video

Styling On Them Hoes: Amber Rose In Versace Platforms Pumps 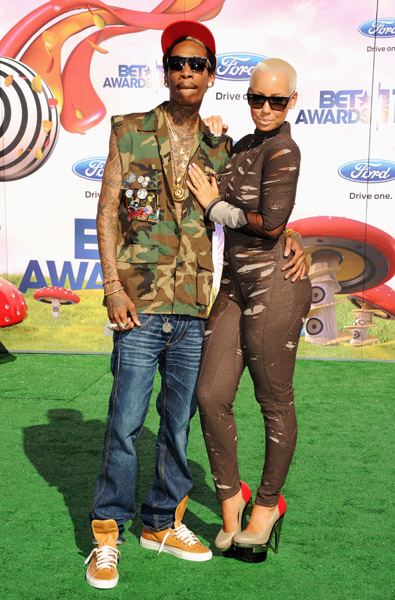 Over this past weekend, Socialite/Model Amber Rose attended the 2011 BET Awards with her boyfriend Wiz Khalifa. On the green carpet, Rose was wearing a pair of  Versace Platforms. The pumps are from their Fall 2011 Collection. Rose worn her Versace pumps with a form-fitting jump suit. 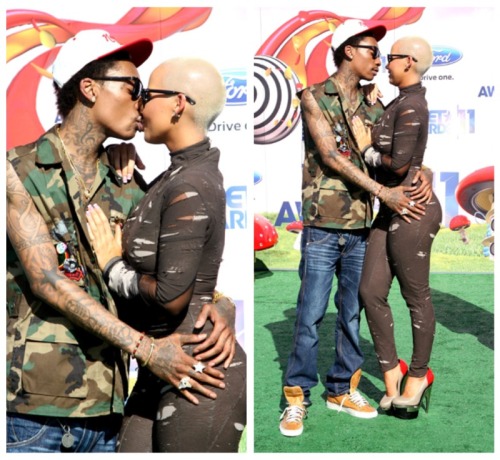 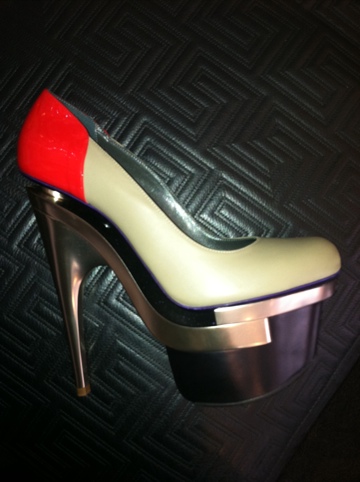 Comments Off on Styling On Them Hoes: Amber Rose In Versace Platforms Pumps