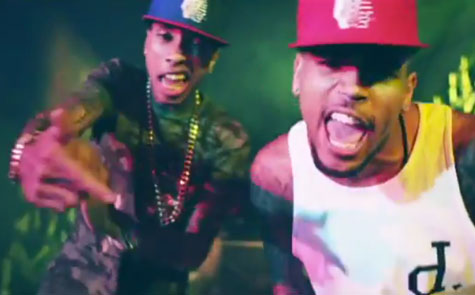 The official visual to Tyga’s track “Snapback Back” Ft. Chris Brown just hit the net. In the Alex Nazari directed clip, the two samples Meek Millz and Rick Ross “Tupac Back.” The track is off Tyga’s upcoming mixtape Well Done 2. I think this track is dope and I respect Tyga’s artistry. He’s the new breed of our generation of Hip-Hop. I respect Tyga because he came into this industry with a style of his own and wasn’t trying to be apart of what was already out. Tyga is doing a great job at branding himself. Watch the visual below:

Tyga’s mew album Careless World will be out later this year.