Living The Life: Ne-Yo Meet Up With Fat Joe In The South Of France 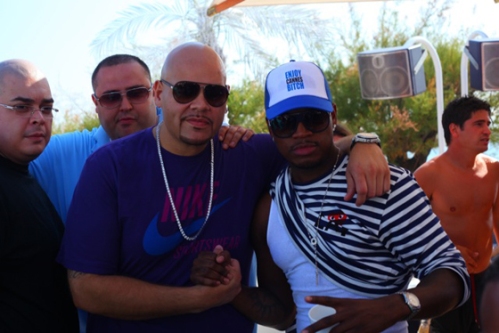 This is what I call living the life; vacaying overseas and driving fast cars. Last week, platinum-selling singer Ne-Yo met up with New York’s rapper Fat Joe in the South of France; a loosely defined geographical area consisting of the regions of France that border the Atlantic Ocean south of the Gironde, Spain, the Mediterranean, Italy, and Switzerland of the Jura Mountains (Source). A lot of celebs vacay in the South of France. 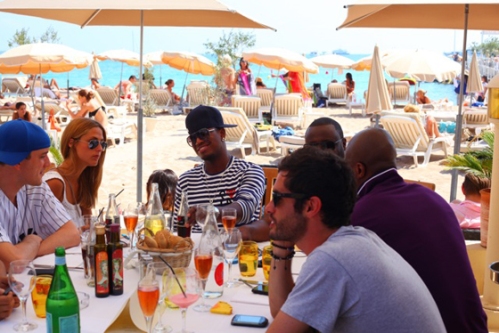 Tagged as Fat Joe, Ne-Yo, Ne-Yo Meets Up With Fat Joe In The South Of France

Partying In Hollywood: Celebs At The ESPY’s Pre-Party 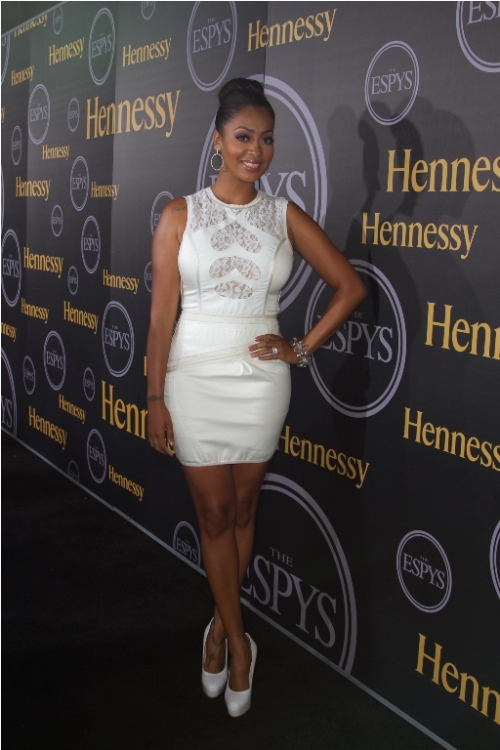 NEXT PAGE: MORE PICTURES FROM THE ESPY’S PRE-PARTY

END_OF_DOCUMENT_TOKEN_TO_BE_REPLACED

Comments Off on Partying In Hollywood: Celebs At The ESPY’s Pre-Party

The official visual to Brooklyn’s rapper Fabolous track “Pain” was recently released. The track is off Fab’s latest mixtape The S.O.U.L. Tape. The Taj directed video was shot in the desert in Las Vegas and features model Leigha Chew. Fab’s new album, Loso’s Way 2: Rise To Power will be in stores and online this September. Peep the video below:

In an interview with Billboard.com, Gooch said, “Ferrari will showcase the two MCs equally and arrive in the next few months on 1017 Brick Squad Records, with production by Drumma Boy, Schife, FATBOI and Shawty Redd featured on up to 20 tracks. This album is gonna be the hardest album of the year.” Gooch tells Billboard.com. “The songs are so clever, the beats are so slammin’, and the lyrics are just so aggressive. There’s so much energy that we bring to the studio. Nobody’s gonna be able to top this album that me and Waka are coming out with.” 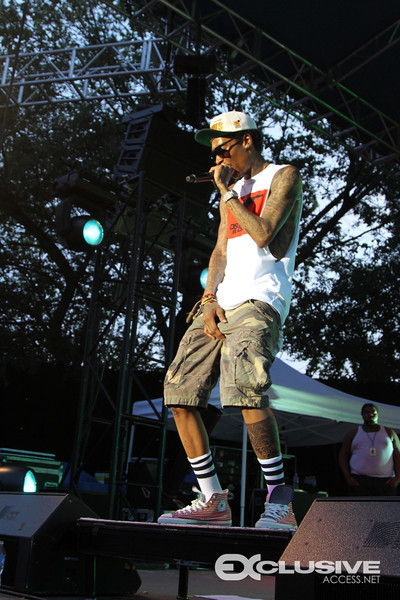 Last night Tuesday (July 12) Wiz Khalifa and Big Sean’s ‘Rolling Papers Tour” rolled up in Atlanta. The wall-to-wall jammed packed concert was held at the historic Masquerade venue. DJ Drama, Drummaboy, DJ Holiday and DJ Infamous all stopped by to support the tour. Big Sean’s debut album Finally Famous: The Album sold over 87,000 copies in the first week and peaked at #3 on the Billboard 200. The album sold another 28,000 in the second week; making the overall sells 115,000. Wiz Khalifa album Rolling Papers is approaching gold (500,000). 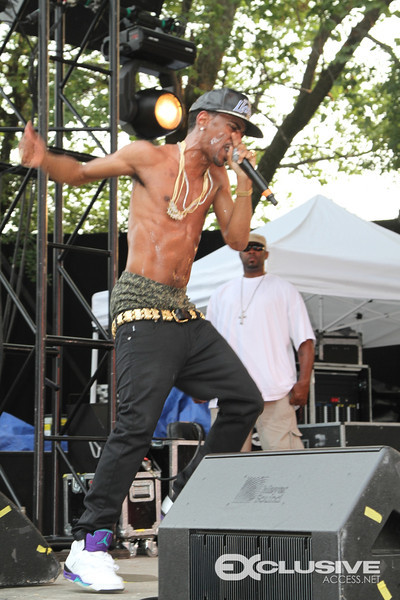 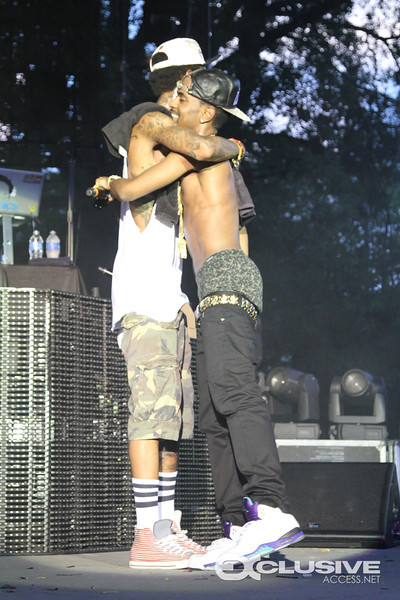 NEXT PAGE: A VIDEO FROM THE CONCERT AND MORE PICTURES

END_OF_DOCUMENT_TOKEN_TO_BE_REPLACED

BREAKING NEWS: Nicki Minaj Responds To Hotel Fight Allegations, She Was NOT Hit In The Lips 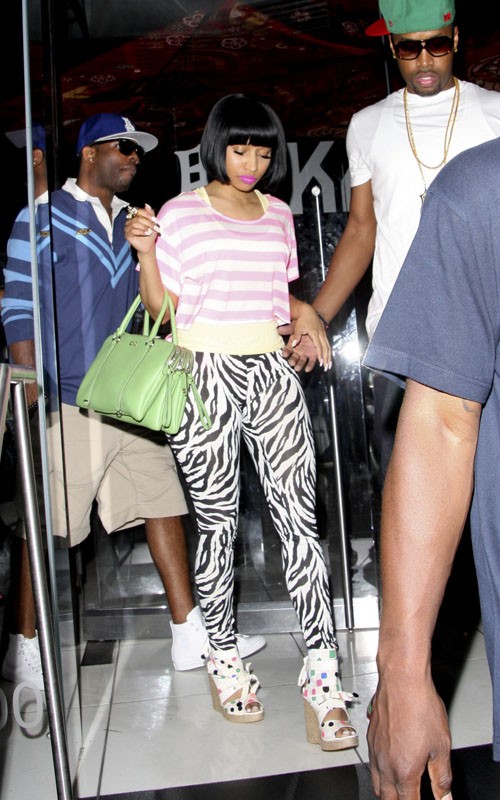 Last night, Tuesday (July 12) news hit the net saying that Young Money femcee Nicki Mianj was struck in the lower lip by a man, after a heated argument. According to TMZ.COM, authorities were called to a Dallas hotel on Monday night to investigate a minor scuffle between Nicki and “an unidentified man.” Below is how TMZ reported the story:

“Rapper Nicki Minaj told authorities she was “struck” in the lower lip by a man … during a heated argument at a swanky Dallas, TX hotel last night … law enforcement sources tell TMZ. TMZ has learned … Minaj was hanging out at the pool at the fancy Palomar Hotel when she got into a very intense verbal spat with an unidentified man she was staying with. Nicki told a hotel employee to call police … while the man went to their hotel room. Nicki followed soon after. When cops and paramedics arrived, Nicki told authorities their poolside fight continued inside of their room … and the man hit her in her lower lip. The man had already left the scene when cops arrived … but Nicki insisted she did NOT want to press charges. Nicki also claimed she was NOT in a relationship with the alleged attacker. Cops tell us an incident report was taken … but no charges will be filed per Nicki’s request.”

This morning, Nicki Minaj took to her official Twitter account @NickiMinaj to deny those allegations. Peep Nick’s tweets below:

Comments Off on BREAKING NEWS: Nicki Minaj Responds To Hotel Fight Allegations, She Was NOT Hit In The Lips

Tagged as Nicki Minaj, Nicki Minaj Responds To Hotel Fight Allegations, She Was NOT Hit In The Lips

Last week, I posted Lil Wayne’s latest freestyle titled “Tunechi’s Back” and announced that Weezy will be dropping a new mixtape, titled Sorry For The Wait. As promised, the mixtape was released today Wednesday (July 13). According to http://weezythanxyou.com/, “This mixtape, Sorry For The Wait, is a thank you to you fans for attending the first leg of the I Am Still Music Tour, supporting the upcoming second leg of the I Am Still Music Tour, which kicks off on July 13th at the Comcast Center in Hartford, CT and for your continued support of Tha Carter IV, which will be released on August 29th.”

Popular site TheLifeFiles.Com recently posted the official tracklist to Jay-Z and Kanye West’s highly anticipated album Watch The Throne. The disc will feature collaborations from Beyoncé, Frank Ocean, Otis Redding and Mr. Hudson. The deluxe edition has a collaboration with Curtis Mayfield. The album is rumored to drop on August 2nd, but you can pre-order now here. Peep the tracklist below:

Last week, Jay-Z held a private listening session for Watch the Throne, in a suite on the second floor of the Mercer Hotel, in SoHo. The session lasted for roughly three hours, with Jay-Z playing eleven songs from an Apple laptop for a select group of music journalists and two teenage fans who had won access to the listening session.