Promoter Alex Gidewon for AG Entertainment held an event at Compound nightclub in Atlanta. Boxer Floyd Mayweather, rappers Lil Kim, Tony Yayo, Shawty Lo and music producer Jazze Pha were some of the celebrities who attended the event. Peep the pictures below: 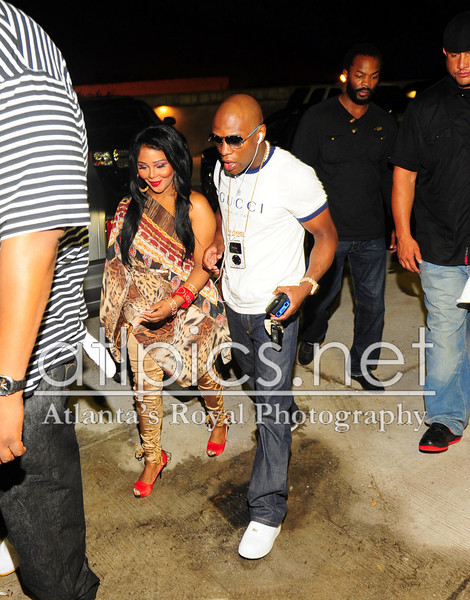 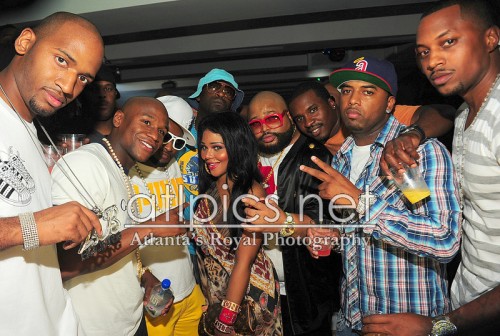 END_OF_DOCUMENT_TOKEN_TO_BE_REPLACED

Comments Off on Partying In Atlanta: Floyd Mayweather And Lil Kim Spotted All-Hugged-Up At Compound Nightclub 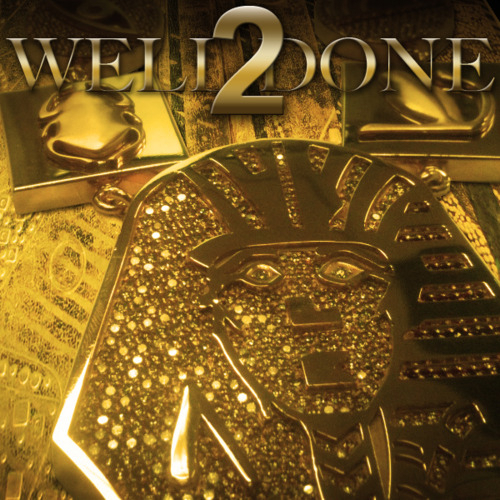 YMCMB recording artist Tyga just dropped his new mixtape Well Done 2. The disc feature collaborations with Chris Brown, YG, Nipsey Hu$$le and Gudda Gudda. The Compton native went hard over beats such as “Yonkers“, “I’m On One”, “John” and many more.  I listened to this mixtape in its entirety and I can honestly say that it’s dope and I’m feeling it. Finally, a mixtape I enjoyed listening too. I respect Tyga’s artistry. He’s the new breed of our generation of Hip-Hop. I respect Tyga because he came into this industry with a style of his own and wasn’t trying to be apart of what was already out. Tyga is doing a great job at branding himself. Tyga’s new album Careless World will be out later this year.Peep the tracklist and download link below:

Rappers Young Jeezy and Fabolous took it to the streets of Atlanta to film the visual to their collaborative single “Flexin.” The track is off Jeezy’s latest mixtape The Real Is Back. Still no release date for Jeezy’s forthcoming LP Thug Motivation 103, he is still promoting the single “Ballin” Ft. Lil Wayne. Music executive/singer Akon came through and filmed a cameo for the visual. Next week Young Jeezy and New York’s radio station Hot 97 will be having a concert to celebrate the six-year anniversary of Jeezy’s debut album Thug Motivation 101. Fab’s new album, Loso’s Way 2: Rise To Power will be in stores and online this September. 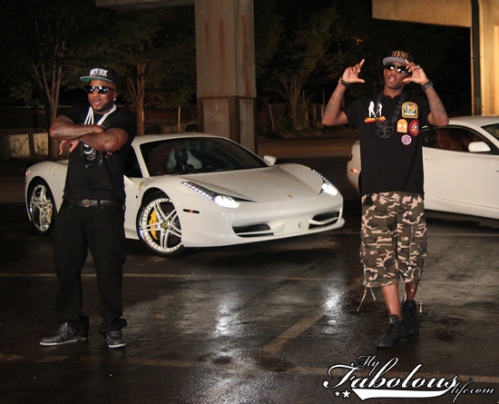 END_OF_DOCUMENT_TOKEN_TO_BE_REPLACED

Comments Off on Behind The Scenes: Young Jeezy Feat. Fabolous “Flexin” Video Shoot

Yesterday, Sunday (July 17), I reported that platinum-selling female rapper Foxy Brown did an interview with the NY Post. The Brooklyn native was also three hours late to the photo shoot because her crew got pulled over for speeding and she and her entourage ran into Jay-Z and decided to chill for a while. During the interview, the Ill Na Na spoke about being a diva, going to church every Sunday, her career, releasing a comeback album, Jay-Z and being offered $2 million to pose on the cover of Playboy magazine.  Peep the pictures below:

NEXT PAGE: MORE PICTURES FROM FOXY BROWN’S FASHION SPREAD INSIDE OF THE NY POST

END_OF_DOCUMENT_TOKEN_TO_BE_REPLACED

Comments Off on New Look: Foxy Brown’s Fashion Spread In The NY Post 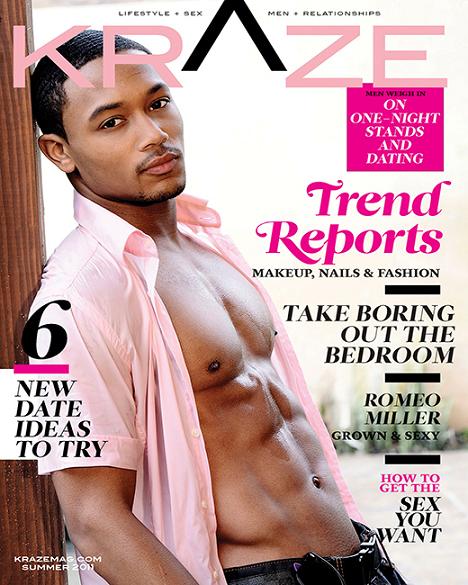 The talented Romeo Miller is covering the summer “grown and sexy” issue of Kraze magazine. He was styled by Fashion Editor Olori Swank. Romeo is the new head of his father’s No Limit Records. 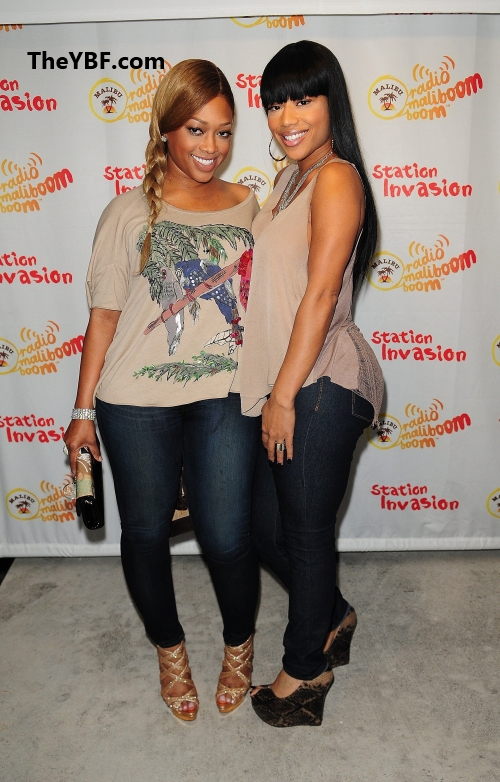 Over this past weekend, NBA player Carlos Boozer of the Chicago Bulls Hosted a party with the 400 at Cameo Nightclub in Miami Beach. Ciara, Trina and Fat Joe were some of the celebrities who attended the party.

Lovers Spending Time Together: The Carters Walked Along Hudson River In Battery Park

After performing and promoting her album overseas, Beyoncé returned back home to NYC with her husband Jay-Z. The two spent some quality time together. The Carters took a romantic walk along the Hudson River in Battery Party; over this past weekend. Last week, Beyoncé’s London show was cut short because she lost her voice. Jay was styling on them lames in a red tee, grey denim shorts and a pair of Adidas sneakers.

Comments Off on Lovers Spending Time Together: The Carters Walked Along Hudson River In Battery Park 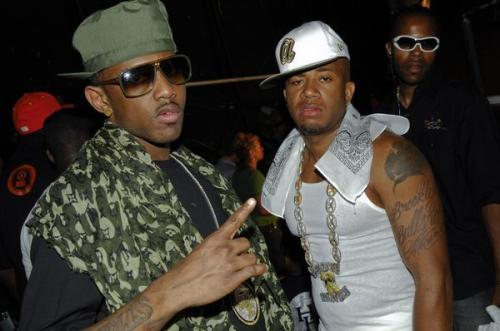 In an interview with Vibe.com, Bad Boy recording artist Red Cafe revealed that he’s gearing up to release his solo album and the first single should be out soon. Red plans to drop the album early fall and the first single is titled “Fly Together” Ft. Ryan Leslie and Rick Ross.

“The first single will be out in 2-3 weeks. It’s produced by Ryan Leslie and features him and Rick Ross, called “Fly Together.” Café told VIBE.”

“Me and Fab have some records coming out, so we’ll use that as a little spark. We have this group we’re working on called the Bedrock Boyz and we’re trying to get this project out now, like the Fall,” revealed Red Cafe. “That’s a name we call Brooklyn, we call BK Bedrock.” “It’s really just me and Fab but there’s some guys we like you’lll hear. We did about 8-records to far. You can definitely look for that project soon.” 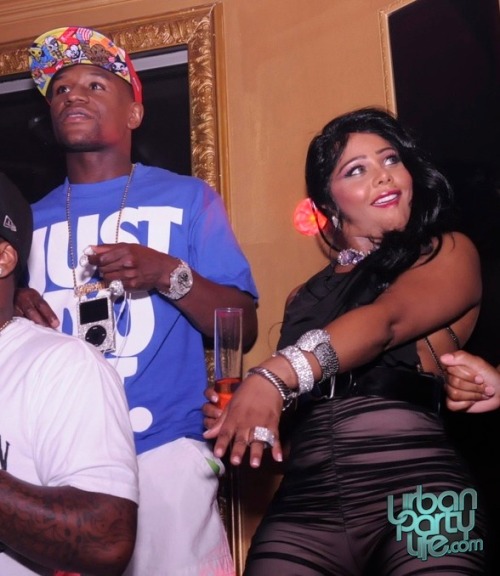 Miami Beach was the spot to be this past weekend. Rapper Lil Kim and Boxer Floyd Mayweather partied at Dream nightclub (Miami’s Hottest nightclub offers a sultry, intimate scene for the social elite. Located in the heart of South Beach on 1532 Washington Ave, Dream features a combination of vintage style and cosmopolitan sophistication). This past Friday, singer/actress Adrienne Bailon hosted Club Play, while Al Harrington took over Dolce Ultra Lounge. and Carlos Boozer and Fat Joe partied at Cameo.

NEXT PAGE: MORE PICTURES OF LIL KIM AND FLOYD MAYWEATHER AT DREAM

END_OF_DOCUMENT_TOKEN_TO_BE_REPLACED 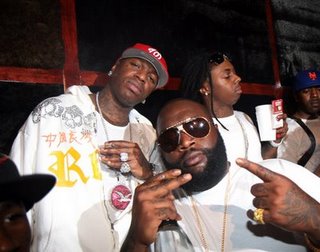 Lil Wayne’s second leg of his I Am Still Music Tour stopped in Raleigh, NC. During Weezy’s set, he brought out Rick Ross to perform “John.” Peep the footage below: