Interview In The UK: Big Sean Says His New Mixtape Will Be Out This Fall &Talks Drake Comparison, “The Throne” Tour & More 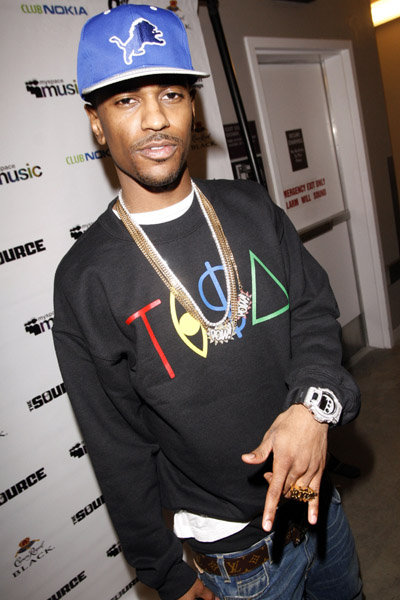 As I previous reported, rapper Big Sean is currently overseas touring. While showcasing his talents in the UK; Sean stopped by Tim Westwood’s BBC Radio 1xra show for an interview. During his segment, Sean said his upcoming mixtape will be out this fall, talked Drake comparisons and talked about being an opening act on Jay-Z & Kanye West’s “The Throne” tour. Below are some excerpts:

On working on mixtapes and dropping another one this Fall.

“I’ma keep working mixtapes, I’m gonna do another mixtape, put that out. The next month and a half or so,” he said. “That’s a real important factor. Mixtapes are different from albums, and I don’t want to ever lose that aspect of my career. That’s how I got on.”

On Drake comparisons and being friends with him.

“Drake is my homie,” said Sean. “He just borrowed an element of a flow that I made up in ’09 on [the mixtape] UKNOW BIG SEAN. … But he admitted. He was like, ‘Yo, I got that style from Big Sean.’ ‘Cause after he did it, the whole rap game did it.”

On being an opening act on Jay-Z and Kanye West’s “The Throne” tour.

“Maybe… It would only be right.”

His relationship with producer No ID, who also produced on his debut CD Finally Famous: The Album.

“He was basically the album producer. He’s somebody who I learned a lot from. He really got his hands dirty and spent most of the time on the album,” he explained. “Taught me a lot as a man and how to handle myself. Really one of the good people in this industry, and that’s hard to come by. There’s a lot of fucking sharks, a lot of bitch-ass people in this industry, and he’s one of the real ones.”

Comments Off on Interview In The UK: Big Sean Says His New Mixtape Will Be Out This Fall &Talks Drake Comparison, “The Throne” Tour & More

Tagged as big sean, Interview In The UK: Big Sean Says His New Mixtape Will Be Out This Fall &Talks Drake Comparison "The Throne" Tour & More