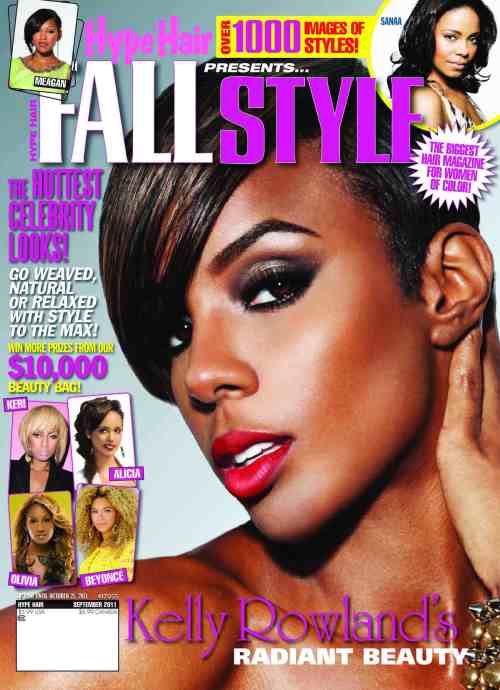 R&B songstress, Kelly Rowland, motivates us with her radiant beauty in the September 2011 issue of Hype Hair.

Rowland recently released her third solo album Here I Am. The disc debuted at #3 on the Billboard chart; selling over 77,000 copies in its first week. The single “Motivation” Ft Lil Wayne topped the Hot R&B/Hip-Hop Songs chart. Rowland is also a judge on Simon Cowell UK’s X-Factor television show. “I was excited about the opportunity about everything; to find new talent and to be a mentor,” says Rowland. Other celebs such as Sanaa Lathan, Meagan Good, Beyoncé, Tamar and Trina Braxton, Keri Hilson, Alicia Keys, Olivia, Tika Sumpter and Rihanna are featured in the September issue of Hype Hair.

Hype Hair magazine is a lifestyle magazine catering to women of color—offering a guide to celebrities, fashion and hairstyle since it hit newsstands. Hype Hair magazine is distributed worldwide, and is available in most major chains including Walmart, Borders, Barnes & Noble, Rite Aid and 7-11.