Welcome Home: T.I. To Be Released From Prison On Wednesday

He’s back! “The King of the South” aka T.I. will be released from prison this Wednesday, according to MTV. T.I. was serving an 11-month sentence for a parole violation after an L.A. drug arrest. T.I. will be released to a Halfway in Georgia. T.I. is actually getting out a month early. He was originally to be freed on September 29th.

Comments Off on Welcome Home: T.I. To Be Released From Prison On Wednesday

Tagged as T.I., Welcome Home: T.I. To Be Released From Prison On Wednesday

Today Monday (August 29), platinum-selling rapper Lil Wayne released his highly anticipated LP Tha Carter IV via iTunes. The disc will hit retails tomorrow Tuesday (August 30). The standard edition has a total of 15 tracks including the lead single “6 Foot 7 Foot” Ft. Cory Gunz, “John” Ft. Rick Ross, “How to Love,” and “She Will” Ft. Drake. The deluxe edition contains three additional songs. The disc has other collaborations from T-Pain, Bun B, Nas, Shyne, and Busta Rhymes. According to Billboard, the disc is projected to sell 700-850k in the first week. Below is how Billboard is reporting the story:

Lil Wayne just-released “Tha Carter IV” album could have the second-biggest sales week of the year, as industry forecasters suggest it may sell 700,000-850,000 copies by the end of the tracking week on Sunday, Sept. 4.

If “Tha Carter IV” launches with at least 700,000, it will immediately mark the second-largest frame of any album this year, behind Lady Gaga‘s 1.11 million debut with “Born This Way.”

“Who is No I.D. friend, No I.D. my mentor now let the story being,” says Kanye West on his track “Big Brother.”

Music veteran and Roc Nation producer No I.D. has taken up an executive VP position over at Island Def Jam Recordings. He broke the news at a pre-VMA bowling mixer in Hollywood.

“I’m (now) executive VP of Def Jam,” the Chi-Town native told Billboard. “I’m going to keep on doing what I’m doing and take it to another level.”

“Def Jam is a cultural staple,” No I.D. said. “It’s not just a label, it’s part of the culture that I came up in and that I’ve been involved with for 20 years. It’s very important that the next generation of executives grab it by the horns and keep it on track as it grows.”

Over this past weekend at the Rising Icons dinner, rapper Big Sean received a gold plaque for his single “My Last.” The track appeared on Sean’s debut LP, titled Finally Famous: The Album. The disc debuted in the top 5 on Billboard 200 and now exceeded the 200,000 mark in overall sales. Big Sean is a great artist. I’m a fan of his music. In my opinion, he’s the most important rapper of our generation.

Congrats Big Sean from Don Bleek, Dollah Tha Rapper, Shakiel F. & YoDonBleekRaps. Much success in all of your future endeavors.

END_OF_DOCUMENT_TOKEN_TO_BE_REPLACED 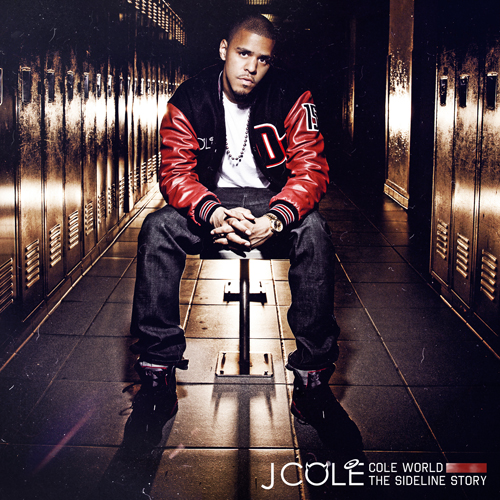 This fall (September 27), Roc Nation rapper J.Cole will be releasing his debut LP Cold World: The Sideline Story. The disc has collaborations from Jay-Z, Drake, Trey Songz and Missy Elliott. Last week, the official album artwork was released. The Art Direction was done by Bestest Asbestos and Photography by Leann Mueller. J. Cole is also embarking on a world tour. The tour kicked off in Vancouver, BC and will wrap up on December 12 in Paris, France. Peep the official album artwork and tour dates on the next page.