Rappers Wearing Timberland Boots [WHO ROCKED IT THE BEST?]

Timberland is an American manufacturer and retailer of outdoors wear with a focus on footwear. Timberland footwear is popular for hiking, mountaineering, and casual wear (source). For the past couple of decades, a lot of Hip-Hop artists has been seen wearing Timberland boots. I came up with a list of five rappers spotted rocking Timbs. Peep my list and vote who rocked it best below:

Platinum-selling rapper Fabolous was spotted at Adrienne Bailon’s birthday party at SL nightclub in NYC. Loso was wearing a pair of wheat Timberland boots with a Burberry Reversible down vest. 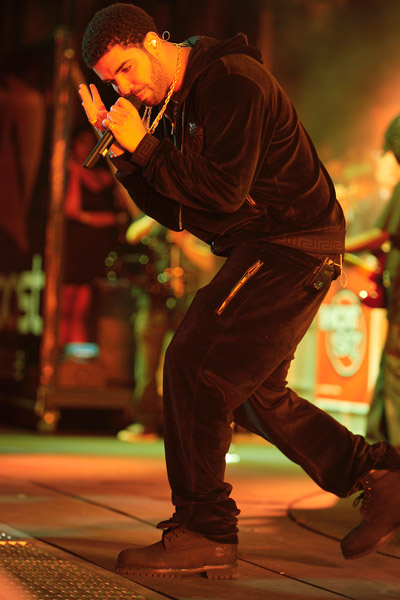 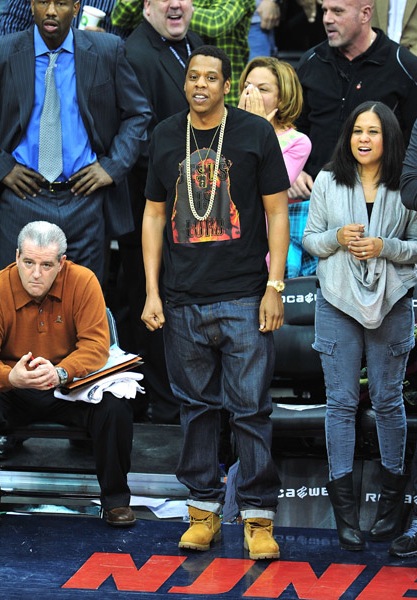 Back in March, music mogul Jay-Z was spotted standing court side at the New Jersey Nets Vs. Los Angeles Clippers game at Newark’s Prudential Center. Jay was styling on them lames in a black  Givenchy “Jesus Is Lord” T-shirt with a pair of dark denim jeans and wheat colored construction Timberland boots. The final score was 102-98, in favor of the Nets.

Lately, especially last Fall/Winter rapper Kanye West has been spotted wearing wheat colored construction Timberland boots. Yeezy is definitely an innovator and trendsetter, when it comes to fashion. His style is a one of a kind.

Harlem’s rapper Jim Jones modeled the Ronnie Fieg collaboration shoe with Timberland in a photo shoot. These boots feature a waterproof nubuck upper in a work boot style, lined with authentic interior sheep fur all the way down to the toe. In a recent interviews, Jones mentioned that he and Cam’ron are working on a collaboration album, entitled Fly Boys.

Comments Off on Rappers Wearing Timberland Boots [WHO ROCKED IT THE BEST?]