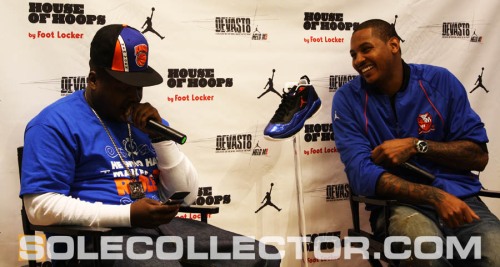 “This time, I dedicated the shoe to my game,” Anthony explained. “The way I start, the way I stop — playing strong and powerful. I’m in there for the design from day one.”

“This is a shoe New York could be proud of,” Anthony said. “This is the first signature sneaker for this city since Patrick Ewing. The sneaker represents something bigger than myself.” 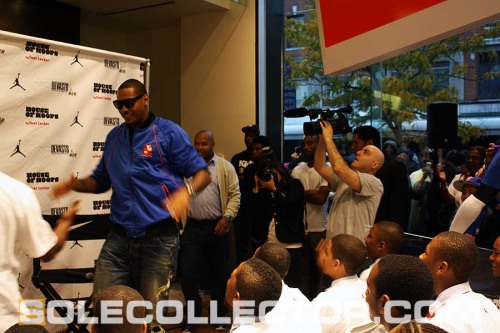 The Melo M8 represents the “Fly Through” portion of Jordan Brand’s fresh campaign – including “Fly Around” for Chris Paul’s CP3.V and “Fly Over” for Dwyane Wade’s Fly Wade 2 – and is the first of the new models to hit the market with a $135 price tag.