If you have been following my blog, you already know that it is a bidding war for New York’s rapper French Montana. First I reported that French was in the process of signing to Rick Ross Maybach Music Group, then I reported that Kanye West reached out to French and was interested in bringing him to his G.O.O.D. Music label, then I reported that he officially signed with Rick Ross’ MMG, now it is being reported that he signed to Kanye West’s G.O.O.D music label and these pictures also adds some truth to this rumor. Over this weekend, the Bronx native was spotted in New Jersey, backstage at Jay-Z and Kanye West’s “Watch The Throne” tour with Kanye and Jay-Z. Story developing, stay tuned! 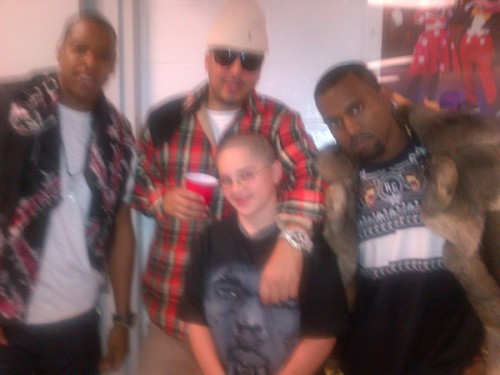