You Only Live Once: Drake & Rick Ross Working On A Collaborative Mixtape 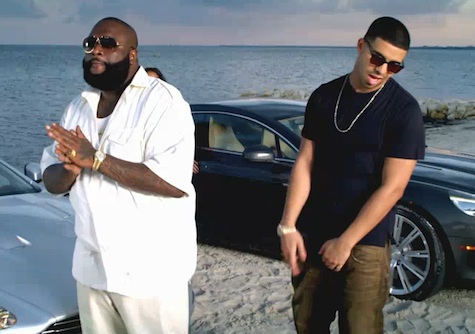 With both artists gearing up to release their upcoming solo LP’s, Drake’s Take Care (November 15) and Rick Ross’ God Forgives, I Don’t (December 13), the two good friends still found time to join forces for a collaborative disc. The mixtape is entitled, Y.O.L.O. (You Only Live Once). As of press the disc does not have a release date.

“I have been working on a mixtape with Ross,” Drake said. “A mixtape called Y.O.L.O. [That means] ‘You Only Live Once’. I’ve been working on that for the last couple of weeks. We haven’t really connected because he’s been going through this thing with his health. I’ve been stashing my little beats and verses.”

Take Care drops on November 15 and also Rick Ross will be dropping God Forgives, I Don’t on December 13.

Comments Off on You Only Live Once: Drake & Rick Ross Working On A Collaborative Mixtape