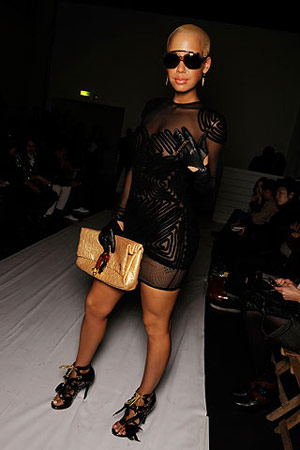 Socialite and female hustla Amber Rose is now on a promo tour promoting her upcoming pop album and new line of Smirnoff vodka. In the past, I reported that Amber Rose was working on an album and recorded a collaboration with her boyfriend Wiz Khalifa. Popular music site HipHopWired interviewed Rose, while on the red carpet for the Soul Train Music Awards. Rose talked about her pop album and Smirnoff ads. Below are some excerpts:

“It’s just real, it’s everything that I feel that I’m putting into music.[…] I have a few people in mind but that’s gonna be a surprise.”

Amber Rose on her Smirnoff ads for the company’s ‘Fluffed Marshmallow’ and ‘Whipped Cream’ vodka flavors.