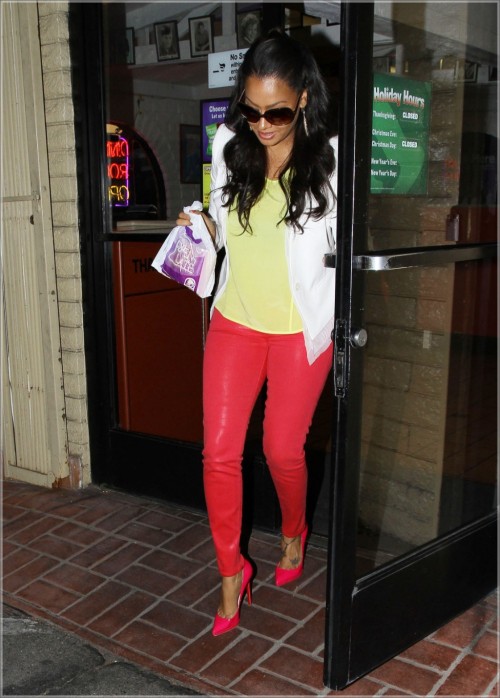 Yesterday Tuesday (December 7), media personality and actress La La Vazquez-Anthony was spotted leaving a Taco Bell in Burbank, CA. Every now and then, most of us wouldn’t mind eating a taco or burrito. La La was styling on them hoes in a pair of Christian Louboutin Point-Top Patent Pumps. These shoes are on sale at Neiman Marcus for $755. 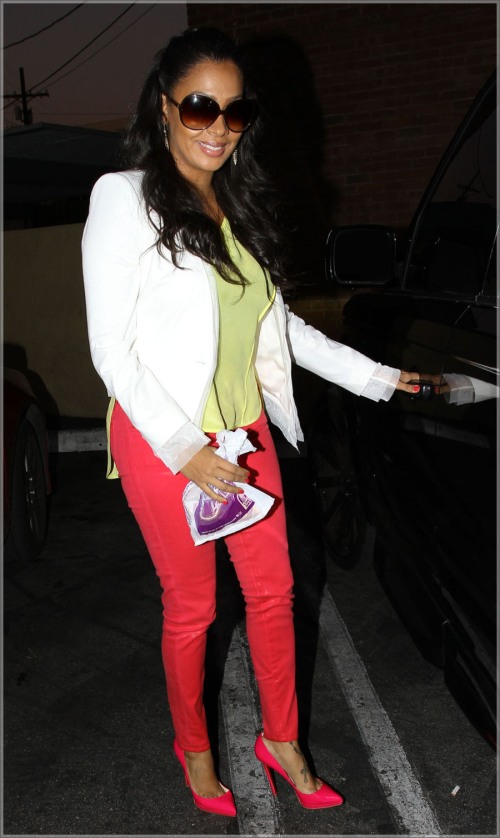 La La has a lot of reasons to be smiling, her reality show Lala’s Full Court Life was recently picked up for a third season. I respect what Vaquez-Anthony does. She’s well-spoken, educated and very talented. According, to TheInsider.com, “this season will focus on her journey as she expands her brand, breaks into acting and deals with the drama that comes with fame. Including a disagreement with a close family member that threatens to affect their relationship for good. Sources also tell us there will also be plenty of cameos from her bevy of celeb friends. La La’s Full Court Life is expected to premiere in March of 2012.”