He Had A Great Year: Wiz Khalifa Talks About Topping The Hot 100 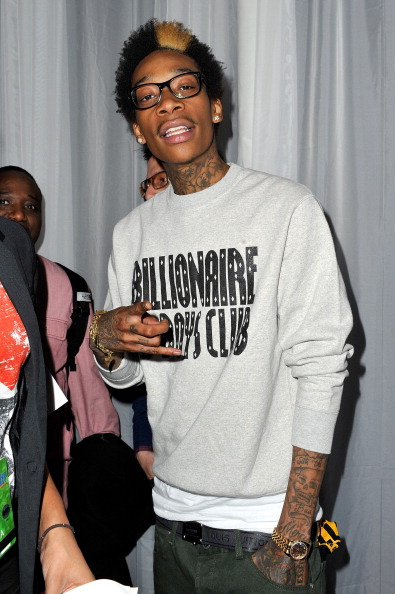 This was the year that Billboard celebrated the 1000th No. 1 song on the Hot 100. As they look back on this year in music, They’re celebrating that milestone with a month-long series of videos — one for each day of December — chatting with 31 of the hitmakers who rocketed to the top of the chart since its inception in 1958.

Billboard: The Juice recently chatted with Wiz Khalifa about his No. 1 —  early  2011’s “Black and Yellow.” “Just to know that we can accomplish something like that with something that I made up in my head, feels great,” said Khalifa.

Wiz Khalifa’s single, which peaked at No. 1 on Feb. 19, came naturally to the rapper. “When I did it, I knew it was catchy. It was the first thing that came to my head as soon as I heard the beat,” he said. “I didn’t take any time to try to go over it or do it over. I just went with the first thing that I was thinking of.” “Black and Yellow” also became the Pittsburgh Steelers Super Bowl anthem since the song is an ode to the city’s black and yellow colors.

Comments Off on He Had A Great Year: Wiz Khalifa Talks About Topping The Hot 100

Tagged as Billboard, He Had A Great Year: Wiz Khalifa Talks About Topping the Hot 100, wiz khalifa