Music artist Frank Ocean got fly for his spread in the December issue of  L’Uomo Vogue magazine. Ocean is a member of Tyler, the Creator’s Odd Future crew. He is also one of the music industry’s breakthrough artists of 2011. In the Italian fashion bible, Ocean showcases his fly swagger in the Nabil Elderkin photo shoot. In the interview, this 24-year-old  singer-songwriter speaks out about being labeled, buying a new car with all cash, and becoming the next president. Below are some excerpts:

On being called an R&B artist:

“I’ll usually cringe at the R&B label. Because it’s like calling it urban…and what the fuck is urban music?”

On working with Kanye and Jay, as well as writing music for Beyoncé:

“Career-wise, this year feels like a montage scene in a movie.” 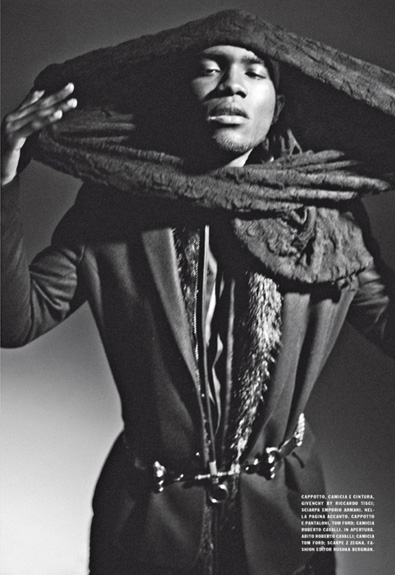 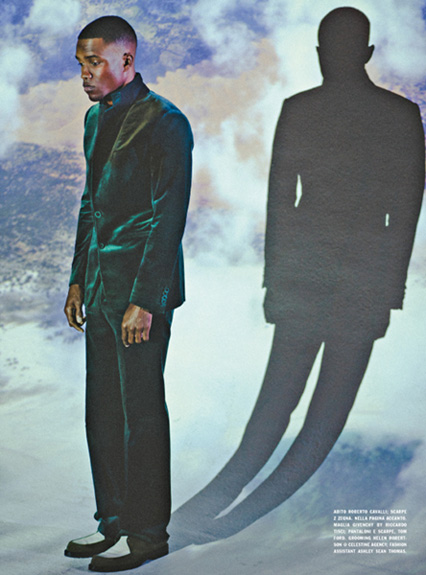 “My generation just doesn’t have the best taste in leadership. And weak leadership means little to no cohesion. If there’s no cohesion, there’s no real chance for effective protest or politics. Obviously, looking at Occupy Wall Street, there are a few in our bunch who still give a damn enough to rally and shout. This will change once I’m elected President.”

“It was like a middle finger to my slave name”

Comments Off on Looking All Dapper: Frank Oceans Gets Fly For “L’Uomo Vogue” Magazine