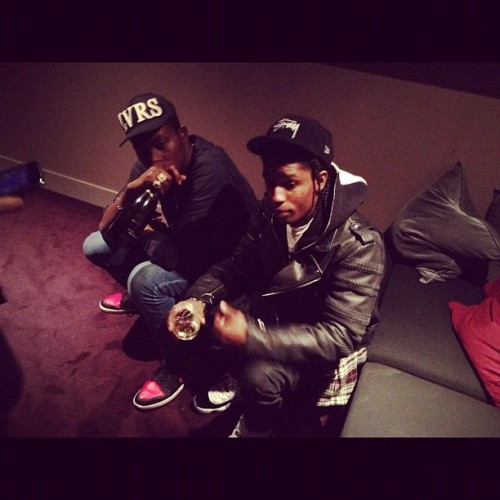 Harlem’s rapper A$AP Rocky was spotted in the studio with rapper Theophilus London. A$AP Rocky was rocking a pair of Air Jordan XI “Concord,” which was the most anticipated footwear for men in 2011. These sneakers are so dope, it became a trending topic on Twitter, people got arrested and even killed. Yes, they are that serious! Arguably the single most popular shoe from the entire Air Jordan signature line, the “Concords” were Michael Jordan’s primary weapon of choice during the Chicago Bulls’ historic 1995-1996 season. This sneaker features specs that include a carbon fiber spring plate, ballistic nylon uppers, a rubber outsole with herringbone traction pattern, quick lace system, carbon fiber sheath and air sole.