Goyard, which is a French luggage manufacturer, was established in 1853 by François Goyard . A few rappers and managers were spotted carrying bags and briefcases from this upscale luxury brand. The starting price for a Goyard bag is about $1,000 and they are sold exclusively at Barney’s New York or in Paris at Maison Goyard.

Rapper and Fashion Designer Kanye West was styling on them lames in a pair of $320 Ralph Lauren RRL Grey Jeans, black jacket and a orange shirt. Yeezy was also carrying a Robot Face Goyard backpack, in which he designed. The Swarovski crystals encrusted Lanvin Way Shiner shades he’s wearing are dope. I love those shades!

In 2010, Tyga was spotted in his dressing room, getting ready to premiere a video on 106 & Park. The YMCMB rapper entered the 106 stage carrying a Goyard duffel bag. Tyga was also wearing an Atlanta Falcons snap-back, a Billionaire Boys Club hoodie and Digi Camo shorts. 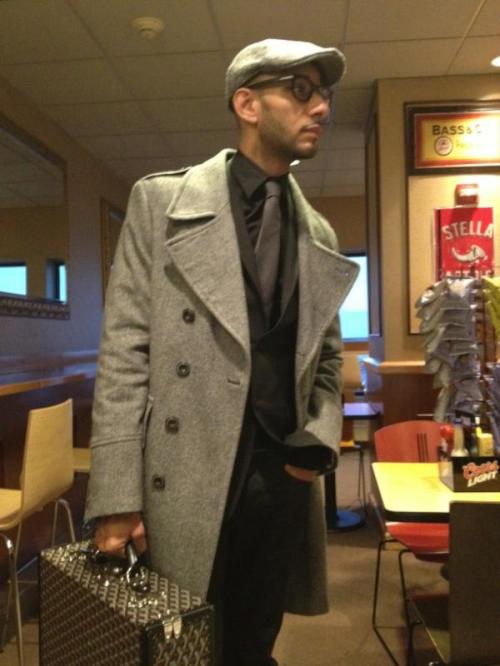 Music producer, fashion designer and creative director Swizz Beatz was headed to his office, to begin his work day. Swizzy was carrying a Goyard briefcase.

Kanye West’s manager/friend Don C was photo’d carrying a yellow Goyard briefcase. He was also wearing a denim blazer and a pair of technicolor Bape sneakers.