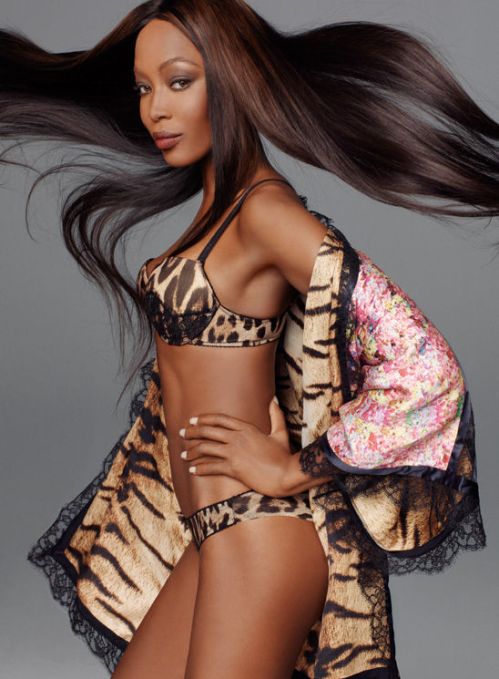 International super-model Naomi Campbell is still killing the game, after more than 20 years in the industry. Campbell did a recent photo shoot for the Spring 2012 Robert Cavalli campaign. For over the past two decades, Campbell have been styling on them hoes. In my opinion, she is the greatest African-American model who walked the runway. Campbell opened-up the doors for a lot of today’s African-American models. Campbell was the first Black cover model for French Vogue Paris. She also walked runways all around the world and graced the cover of over 500 renowned fashion magazines. 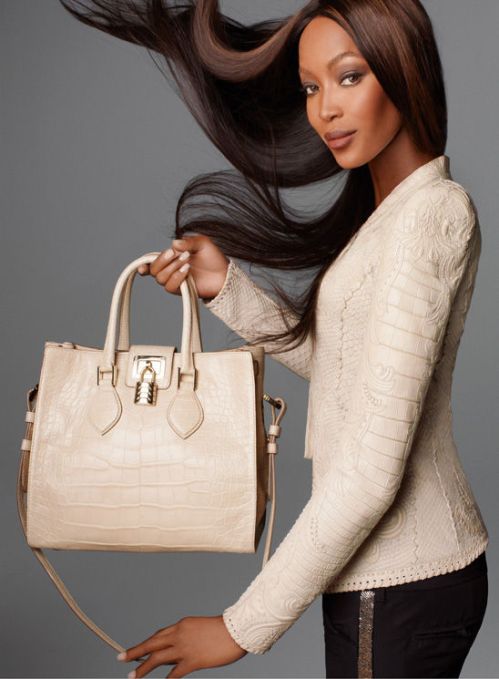 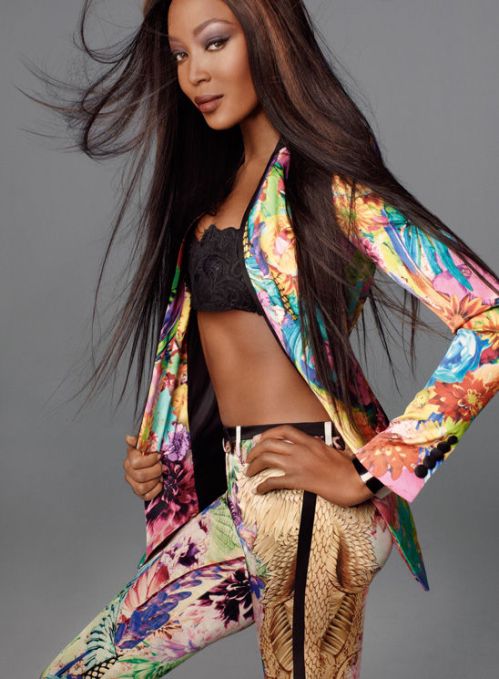 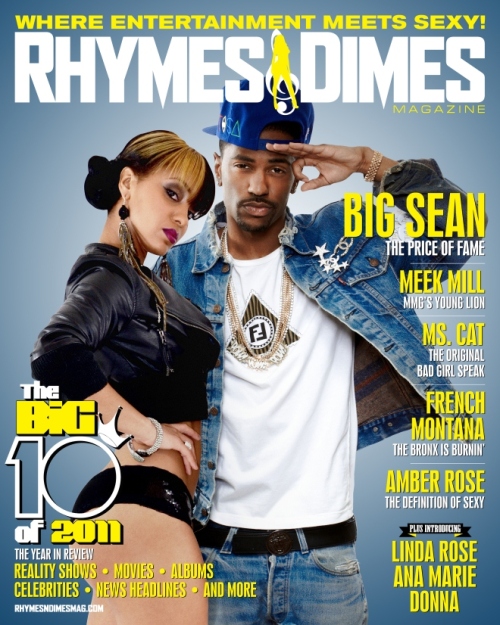 Gold-selling recording artist Big Sean and Maybach Music Group rapper Meek Mill are gracing the cover of the latest issue of Rhymes & Dimes magazine, which hits news stands on February 1st. These issues also features Amber Rose and French Montana. Both artists are looking very stylish on the cover. Sean is rocking a denim jean outfit with a TI$A snapback cap and Meek is rocking a varsity sport jacket. Be sure to buy the new issue of Rhymes & Dimes on February 1st. 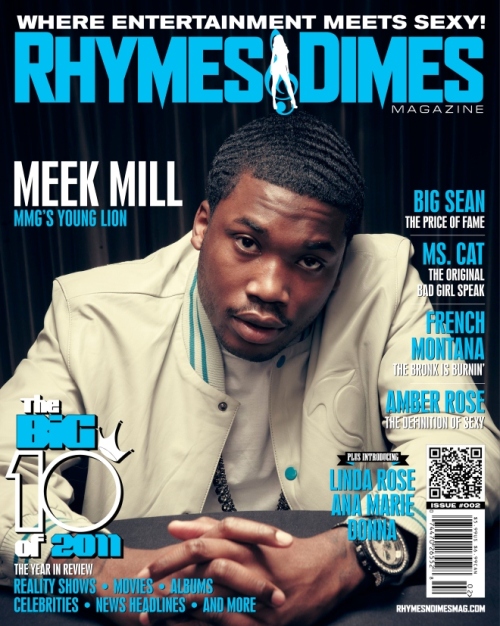 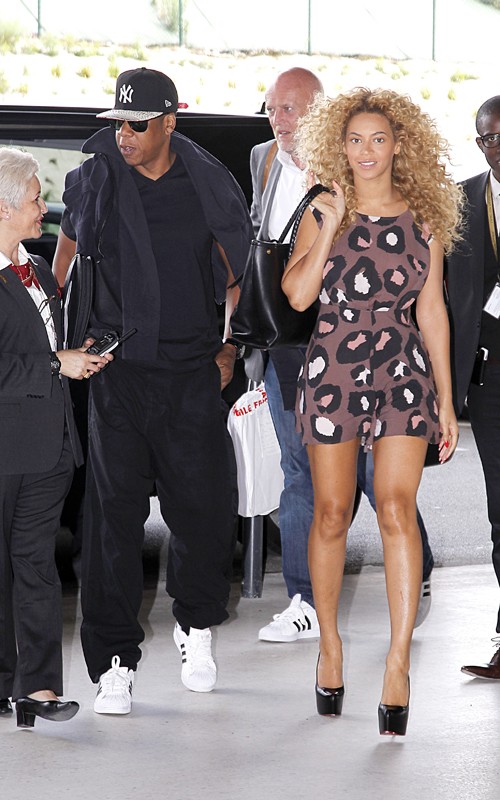 We are happy to announce the arrival of our beautiful daughter, Blue Ivy Carter, born on Saturday, January 7, 2012. Her birth was emotional and extremely peaceful, we are in heaven. She was delivered naturally at a healthy 7 lbs and it was the best experience of both of our lives. We are thankful to everyone for all your prayers, well wishes, love and support. 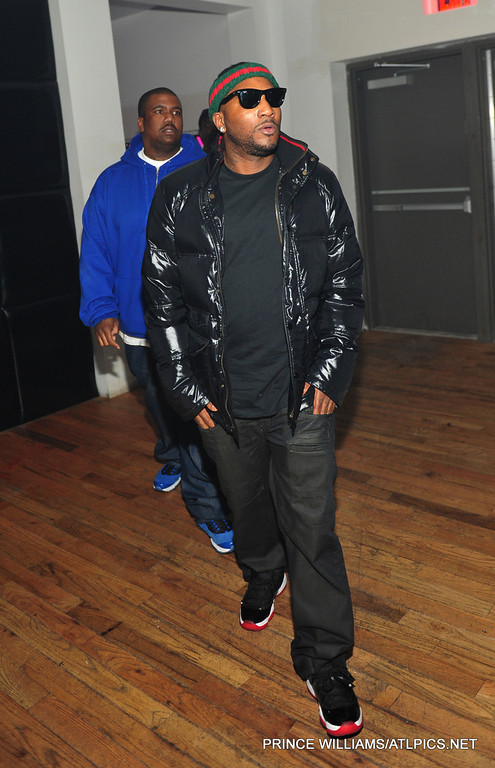 Rapper Young Jeezy was spotted partying at Compound Nightclub in Atlanta, over this past weekend. Jeezy was styling on them lames in a Gucci jacket with the matching hat. After web-surfing I was not able to find any relevant information on the Gucci hat and Jacket Jeezy was wearing. I believe it is from a couple of seasons ago and sold out. Jeezy was also wearing a pair of Air Jordan 11 (XI) Original (OG). “These sneakers were original released in April 1995 and retailed for $125. They feature a black upper, with a white midsole, and translucent red outsole, which was a highly noticeable feature of the shoe. Other features and specs include patent leather at the base of the upper, a carbon fiber spring plate, ballistic nylon uppers, a Huarache inner sleeve, quick lace system, carbon fiber sheath and air sole. They were inspired by a tuxedo, and knowing that, it is quite evident in the design. They are also the second lightest of all the Air Jordans.”-Source 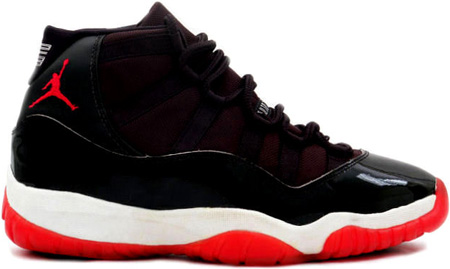 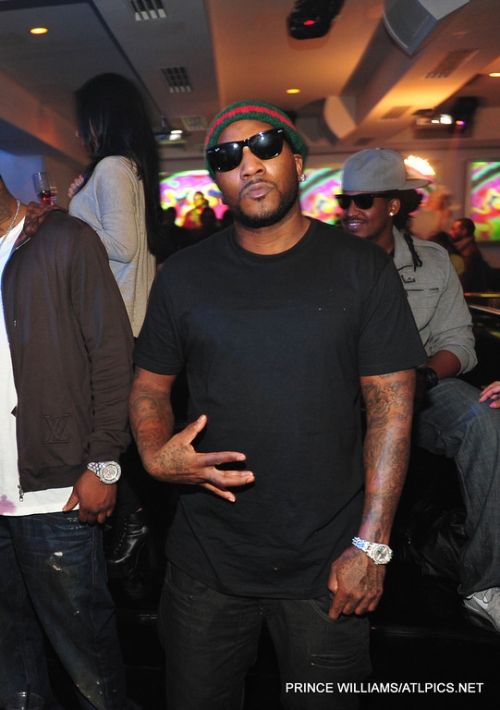 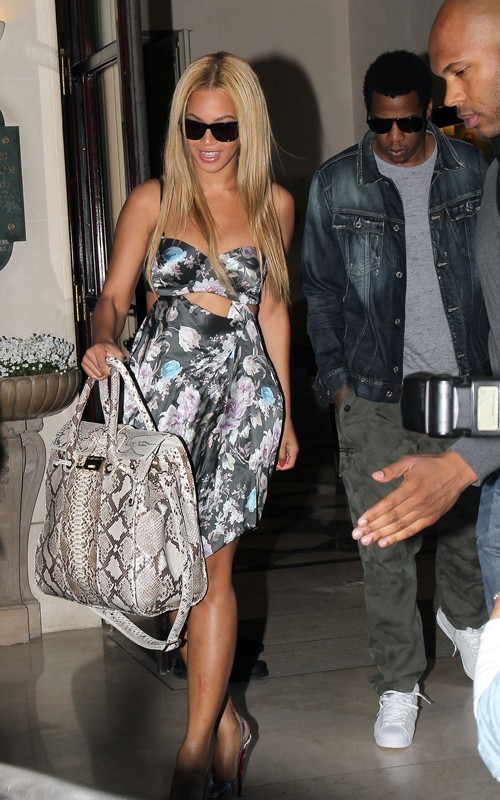 Just two days after his wife Beyoncé birthed their baby girl, Blue Ivy Carter, Jay-Z released the most personal song of his career. “Glory” features vocals from his 3 days-old daughter. On the track, my idol is opening up and getting personal about his brand new baby girl who he revealed was conceived in Paris, Blue Ivy Carter.

“You don’t yet know what swagga is but you was made in Paris
Yo mama woke up the next day and shot her album package
Last time the miscarriage was so tragic we was afraid you’d disappear
But nah baby you’re magic.
So there you have it. Sh*t happens
Just make sure the plane you on is bigger than your carry-on baggage
Everybody goes through stuff.
Life is a gift love open it up
You’re a child of destiny, you’re the child of my destiny
You’re my child with a child from child of Destiny’s Child
That’s a hell of a recipe…. Glory Glory Glory” raps Jay-Z. Listen to the track below:

Her Side Of The Story: Yandy Smith Of Love & Hop-Hop Speaks On The Rumors About Her Boyfriend Robbing Jim Jones In Harlem, How She Met Capo On A Private Jet & More 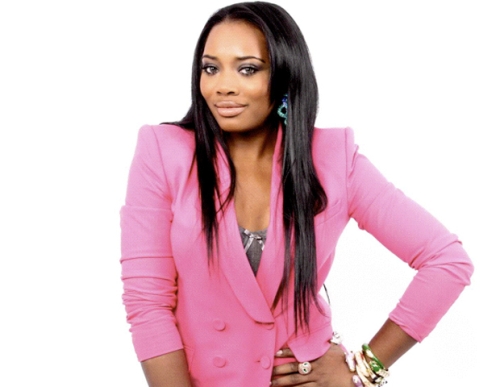 Music/talent manager Yandy Smith is NOT your average reality show girl from around the way. She’s a business woman and about her money. Yes, I like her. In my eyes, she is dope and I respect what she does. She graduated from Howard University, interned at Violator before leaving to manage Jim Jones full-time. In a recent interview with Necole BITCHIE, Smith talked about her college and Violator days, meeting Jim Jones on a private jet, the way she was represented on Love & Hip-Hop and if her boyfriend robbed Jim Jones in Harlem. Below are some excerpts:

Yandy, you came out the Violator Management camp. Exactly how long  have you been in the industry?
I got an internship with Violator in 2004, right out of college at Howard. Then I turned that into a position there.

When and where did you meet Jim Jones?
I met Jim in 2005 on a private jet chartered by Russell Simmons. They were flying us to Detroit for the Hip Hop summit to register young voters and Jim and I sat next to one another. He kept telling me that he managed this group The Diplomats and I told him to hit me up if he needed any help. He started calling me every day and eventually I was like ‘You’re going to have to pay me for this.” So I became his official manager and left Violator in 2005.

On the show you’re definitely portrayed as a woman about her business. Were you always that way? Or was there a situation that brought that out of you?
You know what, when I went to Howard, I got a scholarship the first two years. But my mother made me pay for the last two years. So that really taught me to be about my business. Yeah, being social was great and I did that too but I definitely learned quickly that I had to handle mine. And when school was over, I brought that same mindset to Violator Management. I knew I had to hurry up and find a job so I could pay back my student loans. So I came in on my business.

NEXT PAGE YANDY SMITH TALKS WHAT SHE LOOK FOR IN CLIENTS, THE WAY SHE WAS REPRESENTED ON THE SHOW AND IF HER BOYFRIEND ROBBED JIM JONES IN HARLEM

END_OF_DOCUMENT_TOKEN_TO_BE_REPLACED

Tagged as "Love & Hip-Hop", Her Side Of The Story: Yandy Smith Of Love & Hop-Hop Speaks On The Rumors About Her Boyfriend Robbing Jim Jones In Harlem How She Met Capo On A Private Jet & More, Yandy Smith 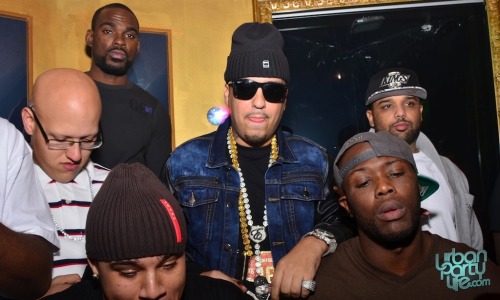 Over this past weekend, New York’s rapper French Montana, who recently signed a deal with Diddy’s Bad Boy Records celebrated his new label deal by throwing a “Signing Party” at Dream Nightclub (Miami’s Hottest nightclub offers a sultry, intimate scene for the social elite. Located in the heart of South Beach on 1532 Washington Ave. Dream features a combination of vintage style and cosmopolitan sophistication). The party was presented by Ciroc and LGI/Elite Society. Music artists such as Rick Ross, Rico Love and Masspike Miles were there poppin bottles with Montana. Peep the pictures below: 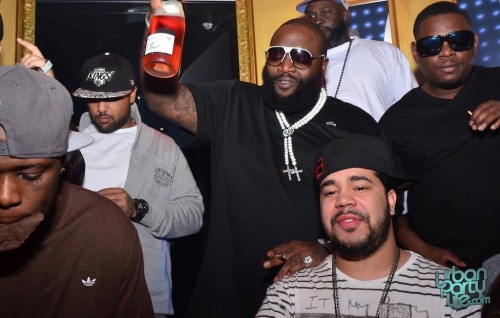 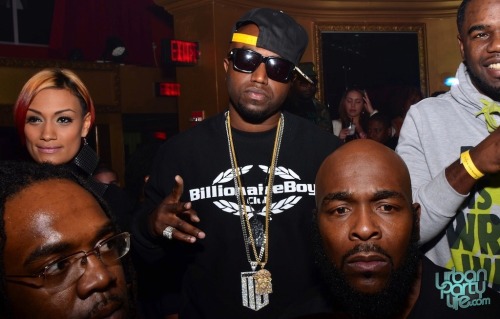 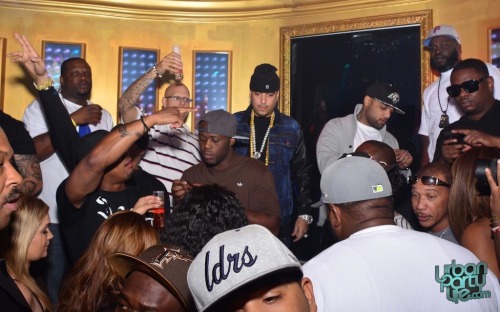 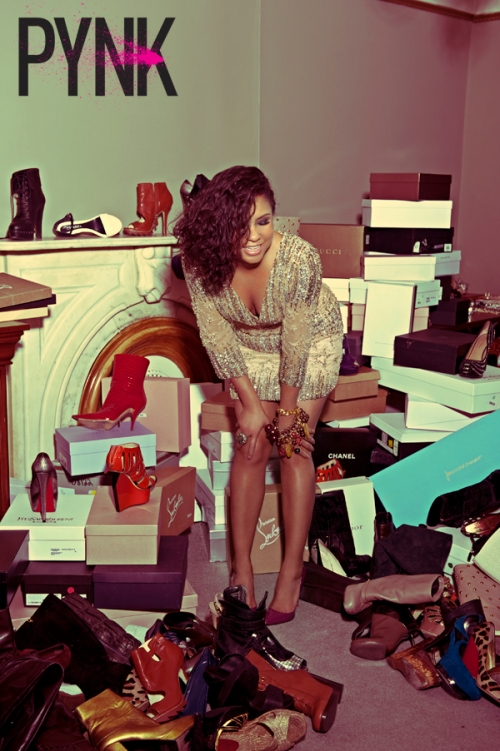 If you’re a struggling college graduated like myself, then most likely you are in debt and are wondering how in the heck you are going to pay your student loans, credit card bills, etc. Trust me, I know that feeling. I am still in debt without a stable job. I make money here and there from blogging, writing for various publications and covering industry events. Don’t think we’re alone. New York’s Power 105 FM’s “The Breakfast Club,” co-host Angela Yee been through our situation and she’s sharing her story. A graduated of Wesleyan University, she majored in English and held numerous media-related positions—ranging from corporate consulting to artist management—before finding her niche as a media personality. But along with the public notoriety came expensive shopping habits that landed Yee nearly $30,000 in debt. Much wiser about her finances; the media maven shares with BlackEnterprise.com how she beat the credit card crunch and learned to better manage her money. Read some excerpts below:

You’ve had great success in your first year at Power 105, but came from a management and consulting background. What lessons did you learn in switching career paths?

I’ve quit a job one time because I was going to make more money somewhere else and I was miserable [at the new job]. I really did like the job I quit, but I was looking at it like, “Well, I’m going to go here and make more money.” Sometimes, in the long run, it’s best to make less money, which is what I did when I left working at a clothing line to go work at Shade 45. I wasn’t happy where I was working and I took a crazy $30K pay cut to start all over at Sirius where I made way less.

What impact did that pay cut have on your quality of life?

That’s probably where the debt started from, having so many bills that I had to pay. I worked the first month without getting paid because it was a probation period to see if it was going to work because I had never done radio [at the time], so they definitely took advantage of me. It was a struggle for me for so long but the next year I got a $20K raise and a bonus and I got a raise every year afterwards. I think sometimes you do have to go backwards to get further in the big picture. Now I make more than double what I made at Sirius.

END_OF_DOCUMENT_TOKEN_TO_BE_REPLACED

Comments Off on Power 105 Radio Personality Shares Her Story: New York’s Angela Yee Dug Herself Out of Debt