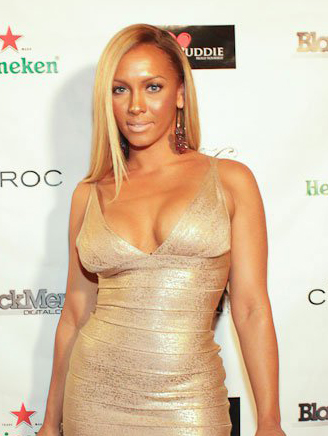 Tonight is the finale of season 2 of Love & Hip-Hop. Juelz Santana’s baby mother Kimbella became a problem the very first episode of the show. She had a fight with Chrissy and Erica Mena. Kimbella’s name is constantly thrown in the mug and a lot of negative things have been said about her in the past. Necole BITCHIE caught up with Kimbella last week. She talked about Love & Hip Hop, why she felt the need to tell Emily that she slept with Fabolous, Chrissy and her aspiring career as a pop singer. Below are some excerpts:

So this is your first season on L&HH, what are your thoughts thus far?

Of course it wasn’t what I expected. I don’t think there was any way I really could’ve been prepared for it but I’m really happy. But I do wish I wasn’t as nice as I was. I wish I would’ve shown my more aggressive side.

Your more aggressive side? You’ve been involved in a few conflicts already…
Yes but that’s what I mean. People take my kindness for weakness. I don’t judge anybody. Basically people pre-judge me. And watching it, I realize I should’ve had my guard up with each individual. I’m not as nice as they made me seem. Anything that comes my way, I do not back down. I hold my own. I don’t care who you are I’m gonna fight for who I am take it or leave it. Some of the girls wanted to judge me and they didn’t know me and it’s pitiful.

Ok, let’s go back to your first episode. You came to a party thrown by Emily and sort of dropped a bomb that you’d previously been involved with Fabolous. Whose idea was it to tell her?
I came in there wanting to tell her, this was my second time seeing Emily. I knew she knew, I’d heard that she knew. So I wanted to tell her and just get it out in the open before someone else brought it up. I wanted her to hear it from me. And the thing is, what they don’t show you is Emily came to me later and said, ‘Thank you for telling me cause I‘d seen your name in his phone and I was gonna ask you about it.’

NEXT PAGE: KIMBRLLA TALKS FIGHT WITH ERICA, CHRISSY, HER KIDS AND MUCH MORE

I understand you wanting to tell her directly, but why then? Why at the party in front of everyone?

Because it didn’t matter where or when I told her cause everyone knew what this guy was doing to her. And even if I’d taken her to the bathroom, or pulled her aside, she still would’ve come back and told everybody at that table anyway.

So after the fight, Emily thanked you for telling her, what was the relationship between yourself and Chrissy?
Chrissy wasn’t around. She stopped production for 3 weeks she didn’t want to tape with me. So there was absolutely no relationship.

Where you want to go outside of the show?
I’m gonna launch my pop career, I sing. Not like Erica Mena. I can really sing. I’m also developing a line of watches. As well as a clothing line. And of course I’m doing my ‘Feel Pretty’ shirts which will be available on my website. My goal is to grow the band. And eventually I’ll probably start an agency for upcoming models. I want to teach them the right way to handle their careers. You don’t just model for the rest of your life. I just want to educate women. We need unity, not jealously and to help one another. It’s such a struggle out here.

Let’s talk about unity verses jealousy. Did you know Erica Mena before the show?
I do not know Erica. I had never met her in my life before what you guys saw and that’s what’s so crazy about this whole thing. She seems to have met me, maybe in her dreams. But nothing was edited out or changed. I don’t know her.

Is she lying and just making all of these allegations up?
Of course. I’ve never met her before. She’s straight lying. It’s jealousy, envy, maybe she wants to be my a friend. But I know one thing, a real woman – which obviously she’s not – wouldn’t approach the situation like that. We’ve never been friends. I don’t know this girl.

Would you do another season?
If the money’s right. I have two kids that I have to support. And now that I’m a little wiser about what this process is really like, I’m going to need a lot of things. So renegotiating my contract isn’t going to be easy. They’re going to have to come with it.

You have two boys, a 9 year old and a sixteen moth old. Would you let your kids watch the show?
No, they wouldn’t see it. My oldest son doesn’t care about it. And when my youngest son is older, I don’t think it’ll even be talked about. But I will eventually sit him down and explain to him that it’s just a show, none of this is real. Emily let’s her son watch the show and he’s like 3. He knows who I am and everything. I think that’s crazy but he’ll say things like ‘look, it’s feel pretty’.

I know you’re genuinely cool with Yandy but are you friends with any of your other cast mates in real life?
No, it’s hard for me to trust anybody. Especially after seeing the show now. Somaya’s cool but I don’t trust anybody. I thought during taping that Emily and I were cool. She used to call my phone whatever, like we were cool and then I see the show and see how she really was and how she was running back to Chrissy. But it’s cool. I get it. This was a front for Chrissy. So now I just worry about me. I’m cordial with Olivia. We don’t have any beef. I’m pretty chill.  I don’t have hate, no jealousy, I don’t bring problems to the table. When I come into the room it’s always somebody else who has the problem.

Anything else you want us to know?
I’m going to write a book and everything else I have to say will be in there.

Read the entire interview over at Necole BITCHIE.