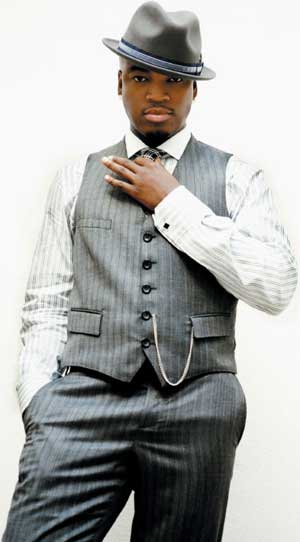 Former Def Jam singer/songwriter Ne-Yo recently switched labels and moved from Def Jam to Motown Records, according to Billboard.biz. Ne-Yo, who is also a Grammy Award-winning artist will bring his Compound Entertainment imprint to Motown Records and take on a creative role at Motown as senior VP of A&R. He will serve as a producer and mentor to the label’s artists and also discover and sign new talent, as well as mark his debut as a Motown artist with his fifth studio album, slated for this summer.

“His track record of success at Def Jam will always be a benchmark,” says Universal Republic and Island Def Jam Motown chairman/CEO Barry Weiss in a statement announcing the news. “But this move to Motown will provide new and inspiring challenges for Ne-Yo as both an artist and a key member of the new senior management team that is taking form at the label in 2012.”

“We are committed to discovering, developing and nurturing R&B/soul superstars here at Motown,” says Habetemariam in the co-announcement with Weiss. “In Ne-Yo we have both a global superstar and arguably one of the best songwriters in music. His presence on the executive team only strengthens our commitment to be the very best in R&B.”

Ne-Yo added, “I’m honored that I¹ve been given such a prestigious title and trusted with such responsibility; terrified because I know that playing this role in the fashion of one of my career role models, Mr. Smokey Robinson — these are big shoes to fill. But trust, I can handle it.” 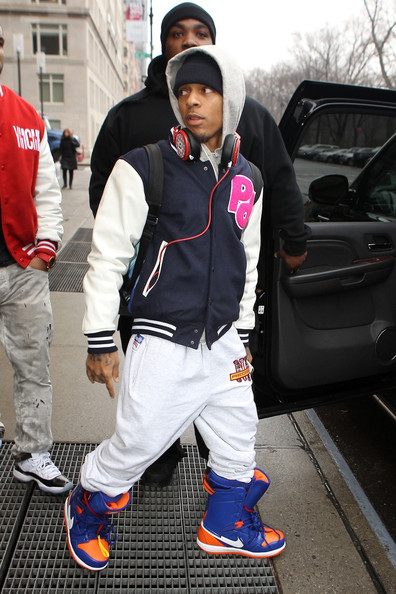 Rapper Bow Wow who is very busy promoting his forthcoming LP, entitled Underrated was spotted in New York City, leaving his hotel. Bow Weezy’s outfit was dope. He was rocking a $200 pair of Nike Vapen snowboard boots. These warm-winter boots feature a heat re-moldable liner that forms to your foot, a heat reflecting footbed which captures the heat, and a harness locking lacing system for ultimate ankle and foot support. Bow Weezy was also carrying a $1,530 Louis Vuitton Michael Backpack, grey sweatsuit and a varsity sport jacket. Are you feeling Bow Weezy’s outfit? 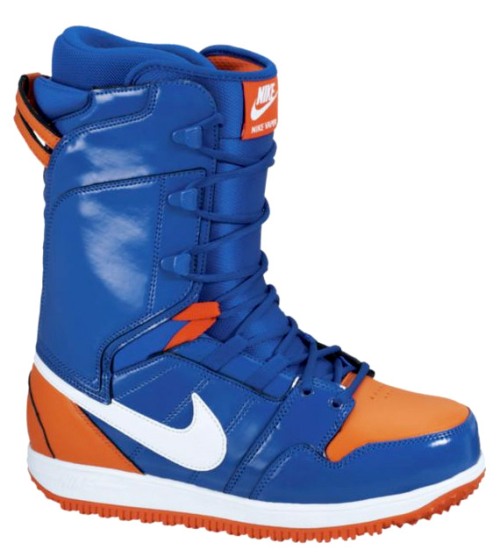 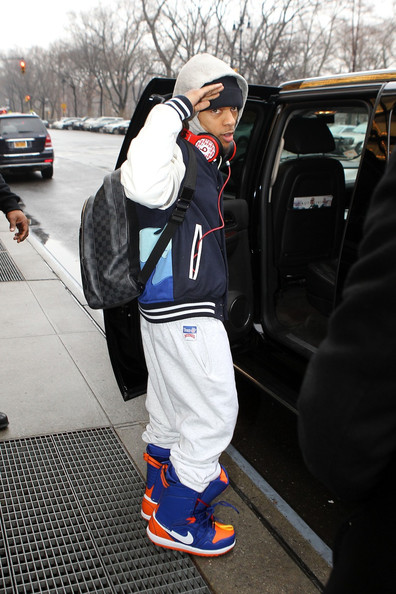 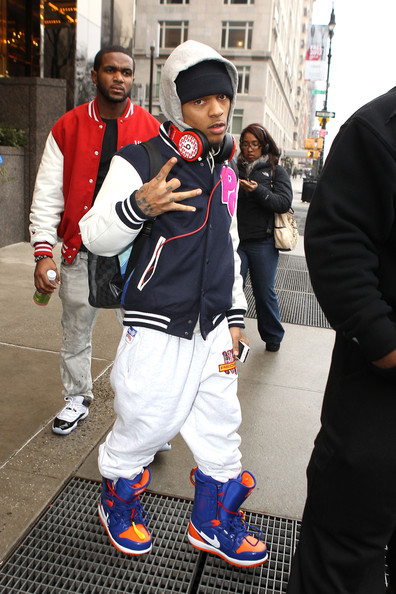 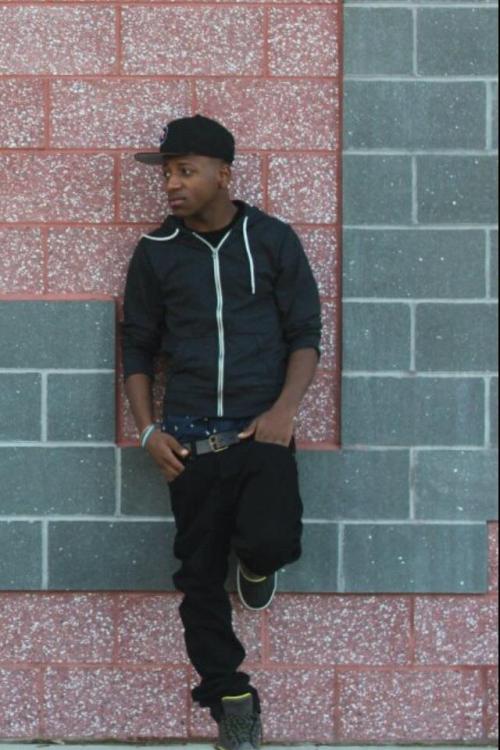 New York’s rising Hip-Hop star @DollahThaRapper just released a freestyle to MGK and Waka Flocka’s track, “Wild Boy”. This record samples MGK’s lead single off his upcoming debut album, entitled Lace Up. On the track, Dollah flipped the script and rhymed about the gangsta BX lifestyle such as hustling in the same clothes for a week straight, selling cocaine, weed and representing the projects he was born in. On March 9th, which marks the 15th year anniversary of the death of Biggie Smalls, Dollah will been releasing his free Extended Play (EP) on the Interweb. The disc will be a tribute to Biggie Smalls. Listen to the track below:

Comments Off on Artist Spotlight: @DollahThaRapper “Wild Boy (Freestyle),” Plus He Is Dropping An EP March 9th 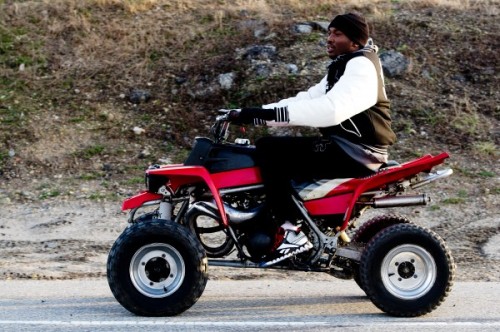 After being signed to Rick Ross’s Maybach Music label, being named “Most Street” and one of the top Freshman of 2011 by XXL, as well as having his single “Ima Boss” become a club anthem, it’s safe to say 2011 was a big year for the Philly raised rapper. Needless to say, Meek has had an incredible year and wanted to do some good for his neighborhood during this holiday season. So Reebok teamed up with Meek and headed to Philly to hook up the basketball teams at his former high school with Reebok “Blast” and “Classic Chi-Kaze” sneakers for their upcoming season. Feeling good, the only thing left to do was grab the Dreamchasers crew and tear up the streets of Philly on bikes and ATV’s. 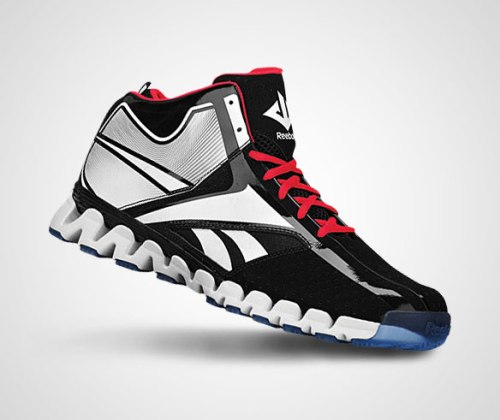 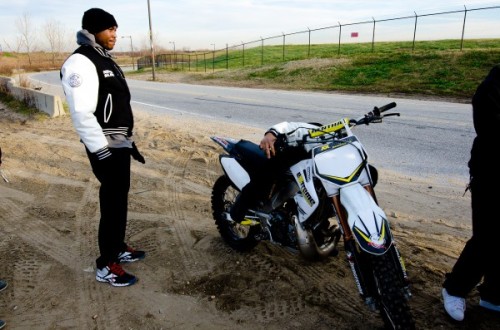 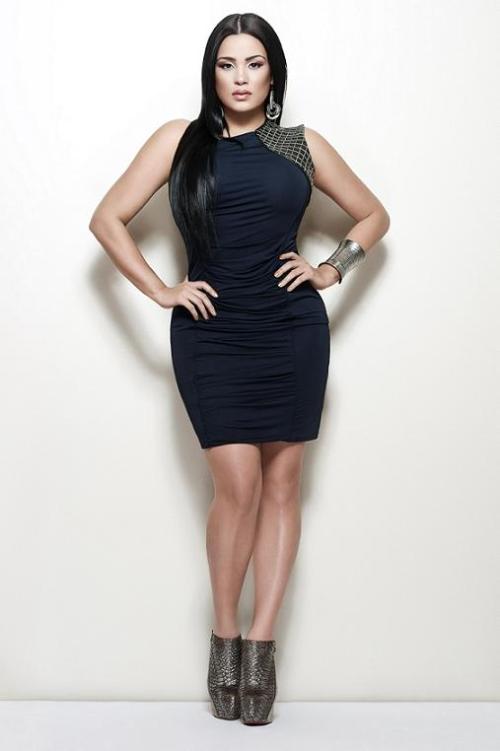 Fashion stylist and reality star Emily B of Love & Hip-Hop recently did a spread for Kontrol magazine. In the “Shape” Issue, the celebrity stylist got all glammed-up in a red long dress, black fitted dress and Christian Louboutin shoes. Emily also accredited Puerto Rican actress and Dancer, Rita Moreno as her fashion icon. Emily is working on her debut clothing line, which is going to be affordable, chic and trendy. “Well, the key thing is that it is going to be affordable. I want it to be affordable because I know that a lot of girls that watch my show are always asking what I’m wearing and I just want to make something that is affordable, chic, and trendy. That’s what you can expect..it’s entitled Emily B. and will be available some time in 2012. That’s the love of my life right now,” said Emily. Peep the pictures below: 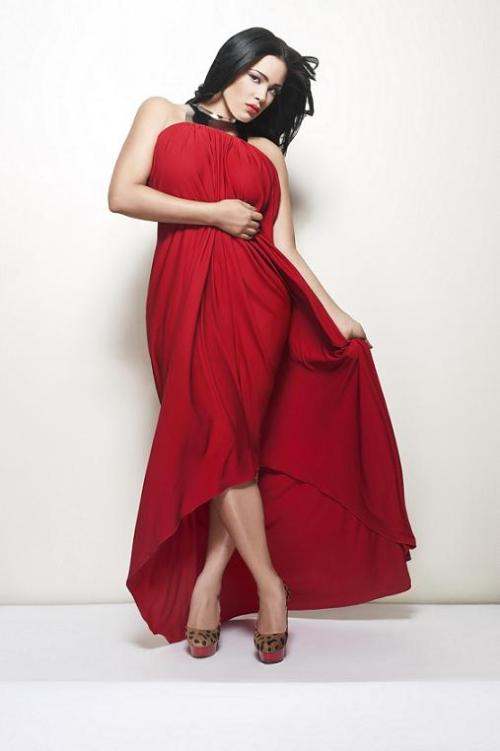 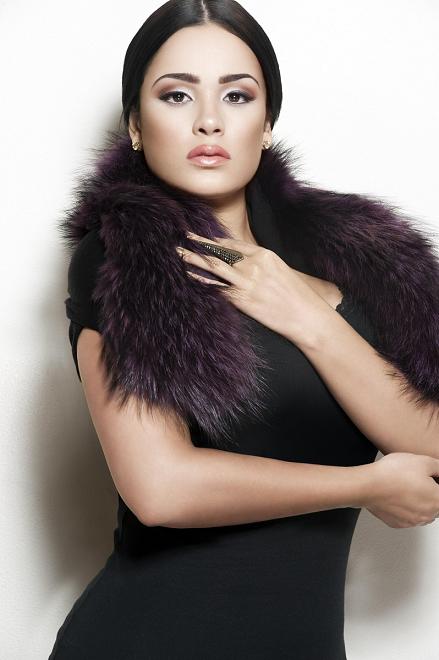 Styling by: Julian Lark | Photos by: Allen Cooley | Make Up by: Geno Freeman 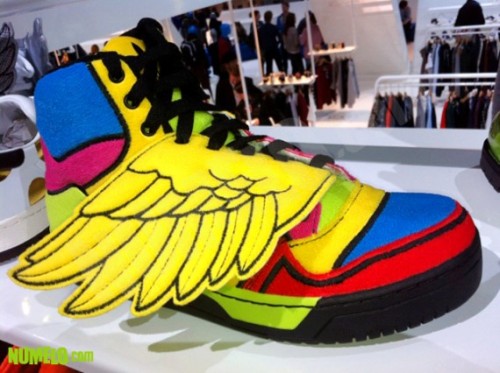 Fashion designer Jeremy Scott is once again using his creative ways and pushing boundaries for his Jeremy Scott x adidas Originals JS Wings “Fleece” sneakers. Jeremy Scott is one of the most famous models of the doubt “JS Wings”. Expected to hit sneaker retailers in the 3rd Quarter of 2012. These sneakers feature an upper soft fleece and is decorated in rich colors. They’re super dope, I like these kicks. Are you feeling these sneakers? 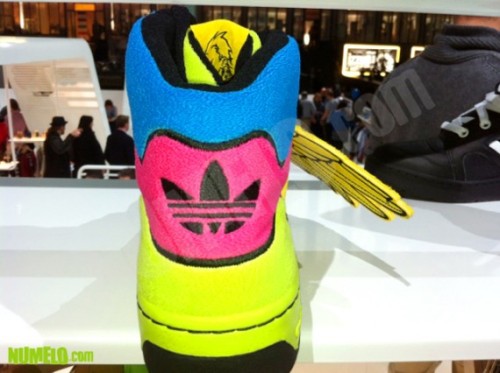 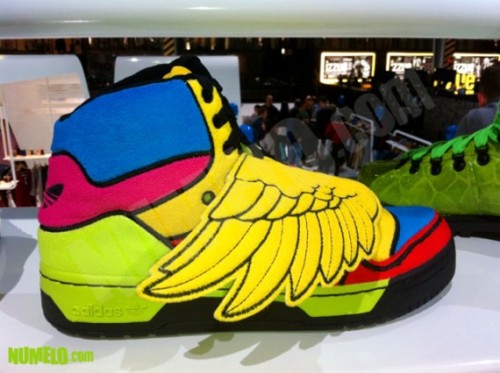 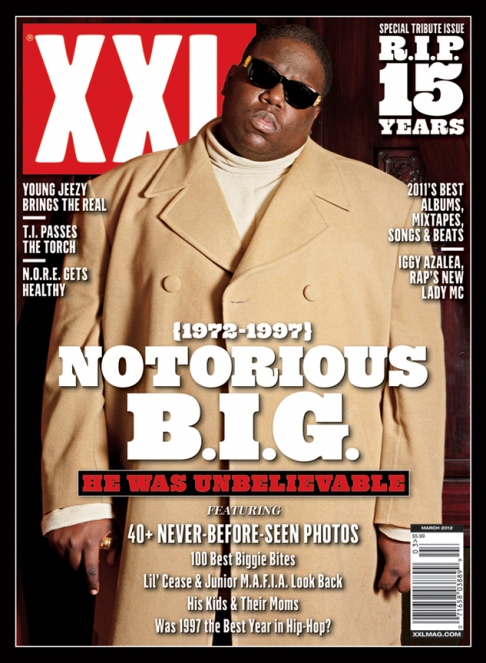 In my opinion, the late great Notorious B.I.G. aka Frank White was the greatest rapper in music history. He sold platinum albums, toured around the world and most importantly influenced a lot of the rappers to come in the last decade. March 9, 2012, marks the 15-year anniversary of The Notorious B.I.G.’s death and XXL is paying tribute to the Brooklyn emcee with a special issue dedicated to his legacy.

“The XXL team spoke to some of those closest to Big for an in-depth look into his life and death. From his kids T’Yanna and Christopher “CJ” Wallace and their mamas, Jan Jackson and Faith Evans, to his closest friends like members of Junior M.A.F.I.A. and others, many got their chance to share stories and more to pay homage to the beloved MC. Most even disclosed rare, never-before-published photos of Biggie from their personal collections, which are featured in this month’s issue. Since Big was one of the most swagger-jacked rappers of all time, there’s a list of the 100 best Biggie bites, a look a what The Notorious One might have looked like at 40-plus, and much more.” 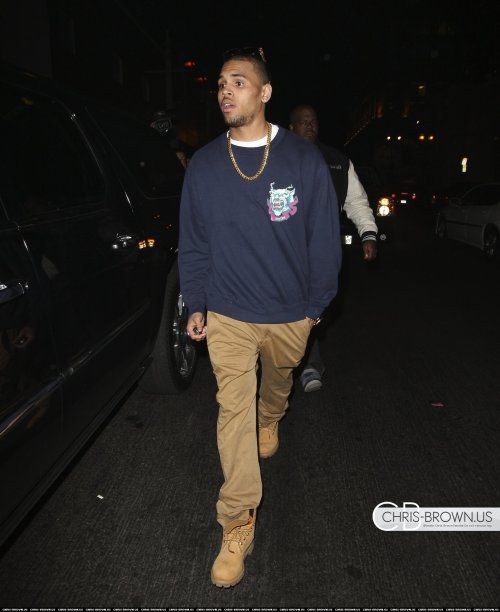 Over this past weekend, singer Chris Brown was spotted leaving The Roxbury Nightclub in Hollywood, which is located on 1661 Ivar Avenue, Los Angeles, Ca. Breezy was styling on them lames in a blue dragon sweatshirt, paired with khaki pants and Timberland boots. Breezy is in the studio working on his new album, entitled Fortune. The disc is scheduled for a spring release. Breezy was recently photo’d in the studio with Queens Hip-Hop legend Nas. Fortune is also rumored to featured Asher Roth, Wiz Khalifa, Kid Sister, and will.i.am, among others. Peep the pictures below: 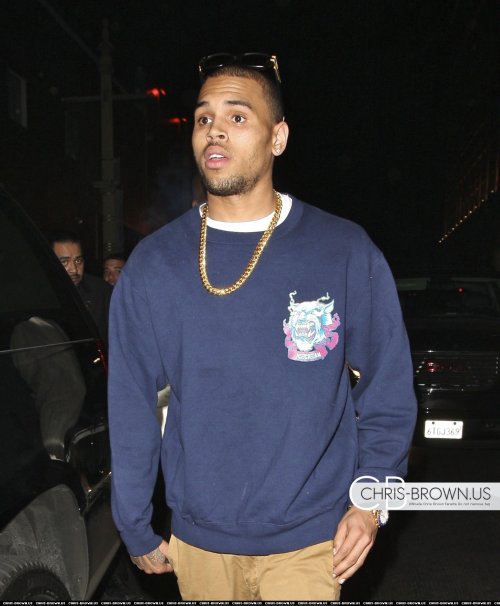 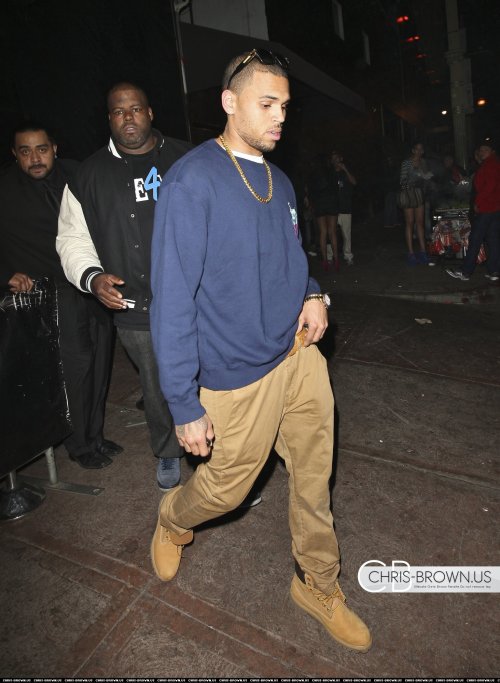 Comments Off on Styling In Hollywood: Chris Brown Spotted Leaving The Roxbury Nightclub 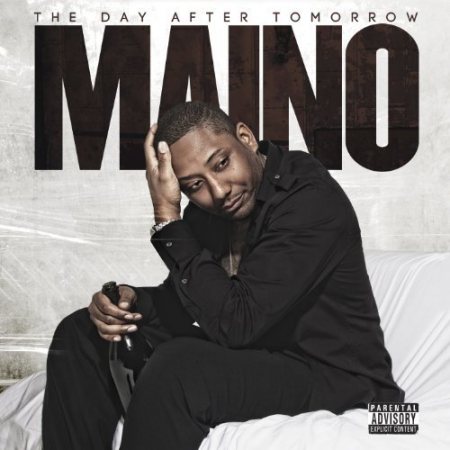 Yes, Maino is one of the realist rappers in the game. He is not the most lyrical emcee but he has a story to tell and I’m listening. I respect his story and hustle. After tearing up the streets of NYC with several  mixtape releases and key guest features, Maino was offered a record deal by Universal Records. However, things didn’t go as planned and Maino left the label in 2007. He later signed himself and his Hustle Hard imprint to Atlantic Records. Maino’s debut album, entitled If Tomorrow Comes was released on June 30, 2009 and produced the platinum single “All The Above” Ft. T-Pain. On February 28th, the Brooklyn native will be releasing his sophomore disc The Day After Tomorrow. The album will feature guest appearances from T.I., Meek Mill, Roscoe Dash, Robbie Nova and more. On the album cover, Maino is sitting on a white sofa, looking all dapper in black dress pants with the matching shirt. Maino will also be dropping a new mixtape, entitled I Am Who I Am on Jan 26th. Peep The Day After Tomorrow tracklisting below: