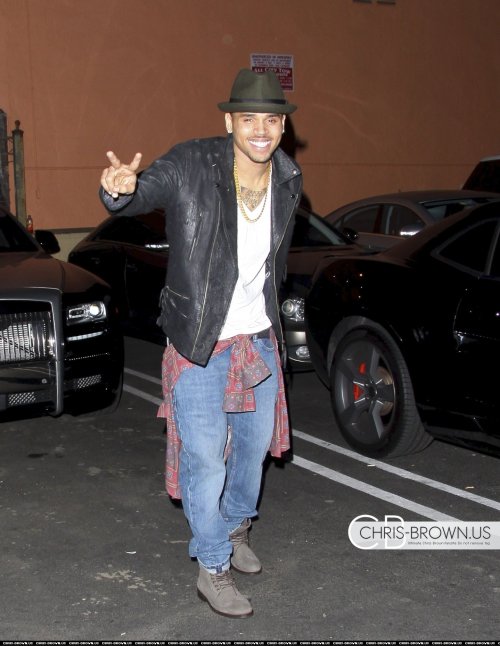 Over this past weekend, R&B vocalist Chris Brown was spotted partying at Greystone Manor in West Hollywood, California. Breezy was styling on them lames in a black leather biker jacket, denim jeans, white tee-shirt with a shirt tied around his waist. Breezy is in the studio working on his new album, entitled Fortune. The disc is scheduled for a spring release. Breezy was recently photo’d in the studio with Queens Hip-Hop legend Nas. Fortune is also rumored to featured Asher Roth, Wiz Khalifa, Kid Sister, and will.i.am, among others. Peep the picture below: 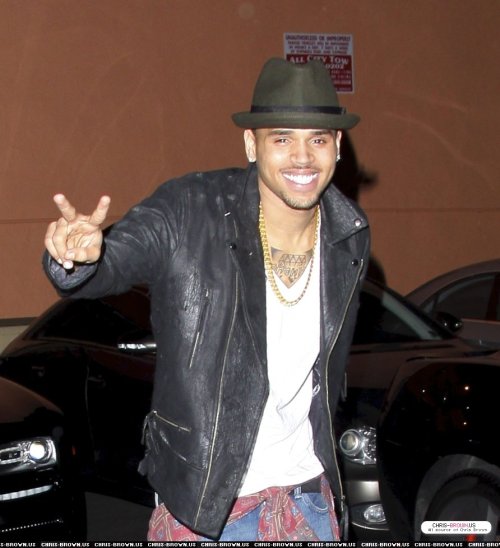