Fabolous should just should pop the million dollar question to his girlfriend! I’m pretty sure Emily would say yes, if Fab were to propose to her. Emily and her boyfriend of 10 years, rapper Fabolous are still dating, despite how VH1 portrayed Fabolous’ image on Love & Hip-Hop and recent rumors. Over this past NBA All-Star Weekend, the twosome traveled down to Orlando together and were spotted walking the red carpet together at the Think Like A Man screening before heading over to the Hennessy NBA All Star Weekend Takeover at Vain. Fab was styling on them lames in a in a yellow cardigan sweater and collared shirt while Emily was all glammed-up in a  black dress. Peep the pictures below:

Are You Interested In His New Disc? Cam’ron ‘Killa Cam: The Gangster Side’ (Artwork) 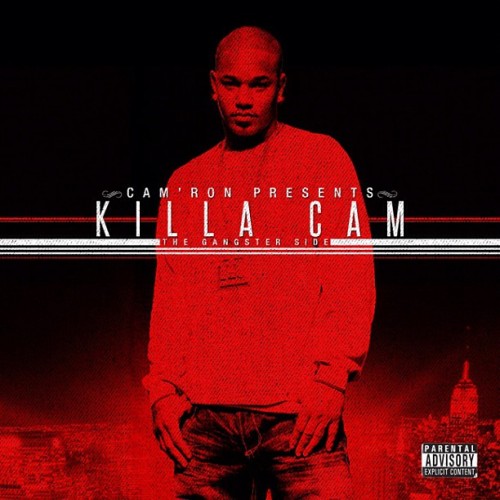 Over this past weekend, Harlem rapper and actor Cam’ron took to his official Twitter account @Mr_Camron and tweeted the artwork for his upcoming project, entitled Killa Cam: The Gangster Side. As of posting, whether the disc is a mixtape, album or an EP remains to be determined. A few months ago, it was reported that Cam was working on a deal with Interscope Records. Honestly, at this point in his career, I think Cam is better off being an indie artist. I don’t think these new fans of Hip-Hop are that interested in hearing a new Cam album. His true fans will always stand by him. I also think Cam will be better off focusing on acting. Are you guys interested in a new disc from Cam’ron?

Comments Off on Are You Interested In His New Disc? Cam’ron ‘Killa Cam: The Gangster Side’ (Artwork)

Tagged as Are You Interested In His New Disc? Cam’ron 'Killa Cam: The Gangster Side' (Artwork), Cam'ron 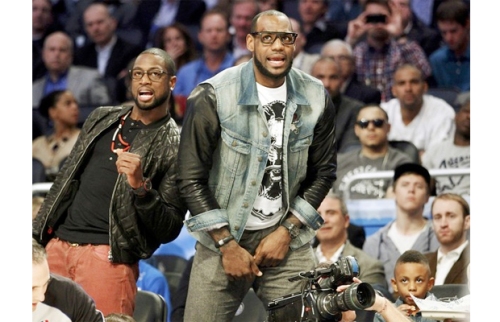 Over this past NBA All Star Weekend 2012, the ball players sure were styling on them lames at various events and games. Miami Heat’s player Dwyane Wade was spotted sitting courtside with Lebron James, to watch the Skills Challenge. D-Wade was styling on them lames in a $4,900 Gucci Quilted Bomber Jacket from the 2011 Collection. The jacket features a stand up collar, zip front, side slant pockets, knitted border with micro web, web flag and black cotton lining. Wade paired his jacket with some red pants and a black tee-shirt.

Beefing Now Kissing & Making Up: Drake And Common Talking/Smiling At The NBA All Star Game 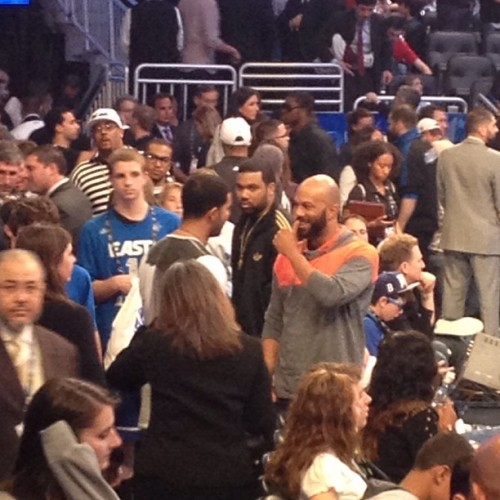 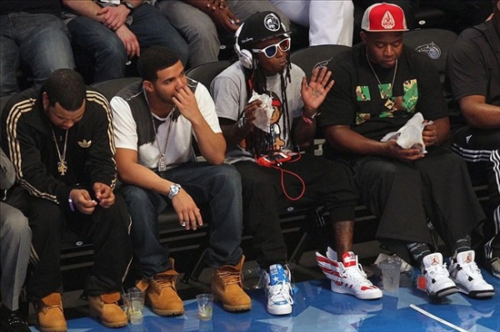 Comments Off on Beefing Now Kissing & Making Up: Drake And Common Talking/Smiling At The NBA All Star Game

Tagged as Beefing Now Kissing & Making Up: Drake And Common Talking/Smiling At The NBA All Star Game, common, Drake