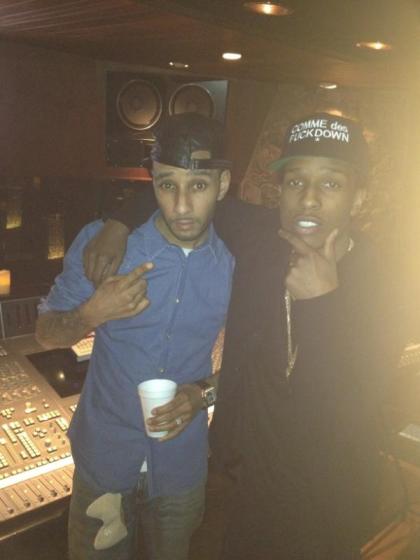 In the beginning of the year, I reported that music artist and fashion designer Swizz Beatz announced that he’ll be releasing a new mixtape. Earlier this month, he revealed features would include Rick Ross, Nas, DMX, The Lox and A$AP Rocky. Today, Swizzy stopped by New York’s Hot 97 radio station for a brief interview and to give Angie Martinez and DJ Enuff the first single “Street Knock” Ft. A$AP Rocky off the upcoming project, entitled Limitless. The track was produced by araabMUZIK. On the track, Swizz raps about riding round in his Lotus, wearing Givenchy, bringing Ruff Ryders back, and flying overseas, while Rocky raps about his swagger being the meanest, wearing Christian Louboutin and BBC. Listen to the audio below: