Harlem rapper A$AP Rocky had recently made an appearance at the BAPE store across the pond in London. He was spotted wearing a pair of yellow Bapesta’s. He also wore ripped denim jeans, grey hoodie and a camo Bape jacket. While there, Rocky picked-up some iconic pieces. He will be releasing an A$AP Mob compilation album in May, followed by his solo debut effort, entitled Long.Live.A$AP in July. Peep the pictures below: 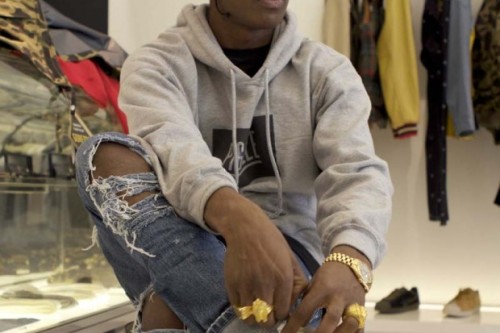 Comments Off on Sneaker Me Dope: A$AP Rocky Wearing Bapesta’s