Official Artwork & Tracklisting: MMG’s ‘Self Made 2’

Maybach Music Group (Rick Ross, Wale, Meek Mill & Omarion) will be releasing the second installment to their ‘Self Made’ series this summer. Just like last year, MMG will be dropping some dope songs this summer and their latest single “Bag Of Money” is currently number 42 on the R&B/Hip-Hop Songs chart. Self Made Vol. 2 arrives on June 26th. What do you think of the artwork? Peep the star-studded tracklisting below:

Comments Off on Official Artwork & Tracklisting: MMG’s ‘Self Made 2’ 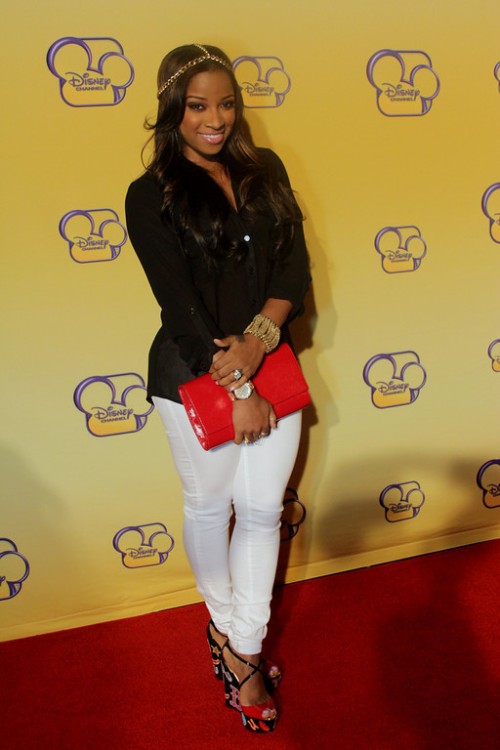 Industry blogger Tami of TalkingWithTami spotted reality star, author and business owner Toya Wright at the screening of Let It Shine at the Coco Cola World Studio (Zoo Atlanta) in Atlanta, GA. On the red carpet, Toya was styling on them hoes in a pair of $1345 Christian Louboutinn Embellished Patent Leather and Metallic Leather Wedge Platform Sandals which are currently in stock at Saks. She paired it with some white skinny jeans and a black top. Toya was also carrying a red $595 large logo Yves Saint Laurent (YSL) clutch. Nice look Toya! Any thoughts on her outfit? Be sure to visit TalkingWithTami.Com. 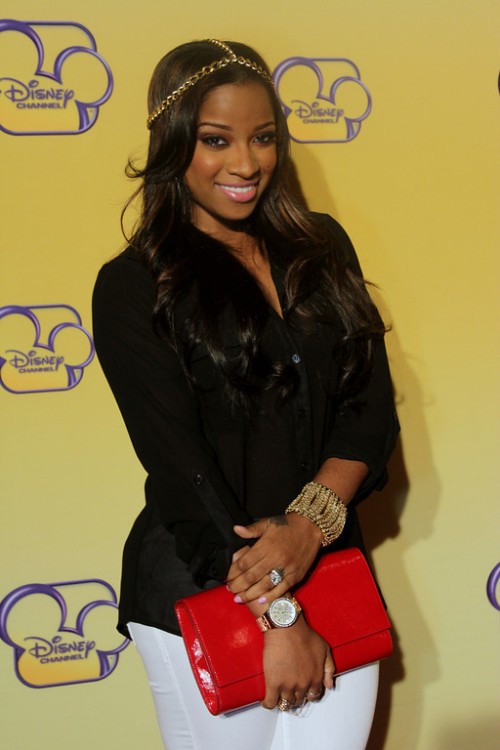 The Summer Is His: Kanye Releasing ‘Cruel Summer’ Film & Album

Once again the summer belongs to Kanye! In a recent press release, it was announced that Yeezy’s G.O.O.D. Music compilation album is entitled Cruel Summer, and a film inspired by that same title will debut at this year’s festival on May 23 in Cannes.

According to Rap-Up, “The exhibit is said to be a combination of an art installation and a short film. It will include a 7Screen Experience, which Kanye first tweeted about in January. The hip-hop superstar produced, wrote, and directed the film, which was shot in Qatar earlier this year. Kid Cudi and Aziz Ansari are among the stars. Vanessa Beecroft handled production design and Elon Rutberg wrote the screenplay. Cruel Summer will remain open to the public for two days after its debut. Tickets are available on Kanye’s website.”

Comments Off on The Summer Is His: Kanye Releasing ‘Cruel Summer’ Film & Album

Recording artist Usher recently performed at the “Today” show summer concert series in New York City. Usher was styling on them lames in a pair of $545 Rick Owens DRKSHDW cargo pants, tan tee-shirt and a varsity baseball jacket. Usher was also rocking a pair of Kris Van Assche Biege and Tan sneakers ($740). In the beginning of the month, Chris Brown was spotted wearing these same Rick Owens jeans in Hollywood at an in-store signing at TAG to promote/celebrate his new line of toys. On June 12, Usher will be releasing his new disc, entitled Looking 4 Me.

Is it me or does Big K.R.I.T. sounds like Young Dro mixed with T.I.? By the way, I like this song! Rapper Big K.R.I.T. released a new song called “Yeah Dats Me” which serves as a single from his upcoming album Live From The Underground, dropping June 5th. Listen to the audio below:

Comments Off on New Music: Big K.R.I.T. “Yeah Dats Me”

The sexy and talented Cassie is over in Cannes for a live performance tonight. She will be performing alongside Kelly Rowland for the ‘Sex On The Beach Worldwide Launch Party’ at VIP Room Cannes. If you never been to Cannes, it is one of the best-known cities of the French Riviera, a busy tourist destination and host of the annual Cannes Film Festival. Cassie was spotted leaving her hotel room. She was all glammed-up in a colorful Salvatore Ferragamo jumpsuit and Givenchy heels. Peep the pictures below: