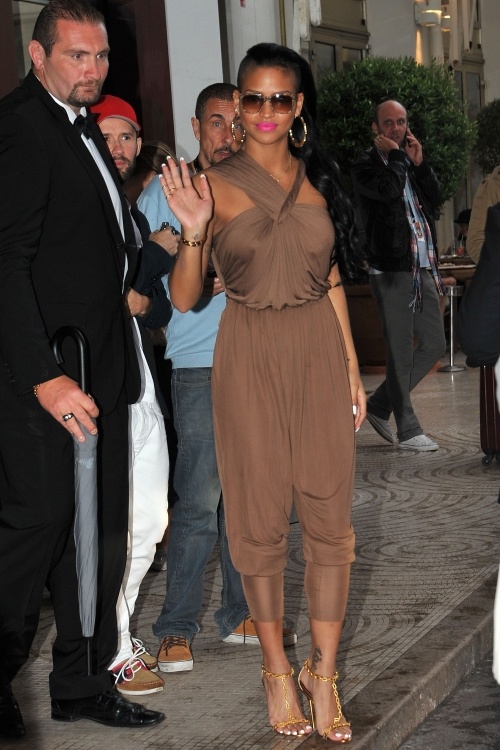 Singer Cassie is still in Cannes. She was spotted leaving her hotel in a Lanvin Halter jumpsuit. This light brown jumpsuit features asymmetric straps and an elastic waistband. It is now in stock at Barneys for $3545. She paired her jumpsuit with gold heels and brown sunglasses.

Singer, dancer and actor Chris Brown was spotted at the McCarran International Airport in Las Vegas, Nevada. Breezy was wearing a $750 Gucci men’s hooded sweatshirt with ‘500 by Gucci’ script print and $575 men’s felted pants paired with Air Jordan Retro 4. Nice outfit Breezy! I have a similar Gucci sweater to the one Breezy was wearing. I have the $650 Felted Toweling Hooded sweater. I wore mines with blue True Religion jeans and Balenciaga sneakers.

BREAKING NEWS: Rapper 2 Chainz Arrested In NYC For Possession Of A Criminal Weapon

Rapper  2 Chainz also known as Tity Boi was arrested in NYC for possession of a criminal weapon and he is still in custody.

According to TMZ.Com, “Kanye West‘s rap prodigy 2 Chainz was arrested at LaGuardia Airport in New York today … after cops say he was packin’ brass knuckles in his carry-on bag … TMZ has learned. 2 Chainz — real name Tauheed Epps (who also goes by the name Tity Boi) — was entering the Delta terminal to fly to a show in North Carolina … when the TSA discovered brass knuckles in his bag.  Law enforcement tells TMZ … police were called to the scene … and 2 Chainz was taken into custody for misdemeanor possession of a criminal weapon at 1:45 local time.”

Comments Off on BREAKING NEWS: Rapper 2 Chainz Arrested In NYC For Possession Of A Criminal Weapon

Tagged as 2 Chainz, 2 Chainz arrested in NYC, BREAKING NEWS: Rapper 2 Chainz Arrested In NYC For Possession Of A Criminal Weapon 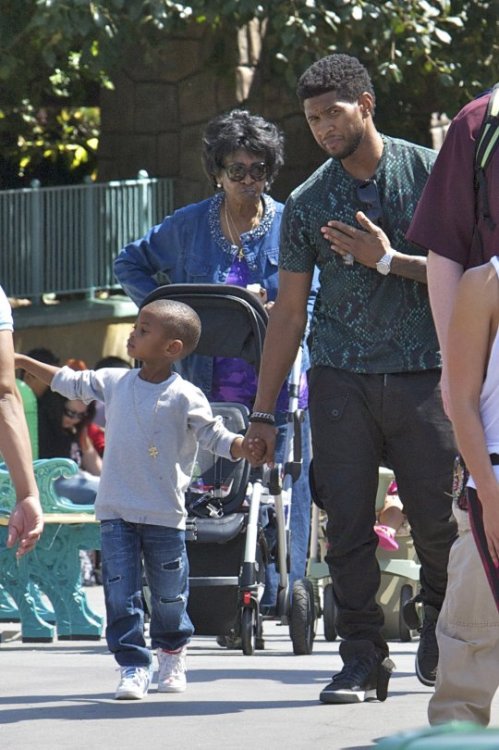 Last month, singer Usher was spotted spending some family time with his sons Usher V (Cinco) & Naviyd  at Disneyland in California. The happy family spent the day riding rides and walking around the park. Usher was rocking a Jil Sander Python Print Cotton-Blend Tee-Shirt paired with black jeans and sneakers. This shirt is available at Mr. Porter for $290. Usher paired his shirt with black Rick Owens jeans. Usher’s 7th studio album, entitled Looking For Myself, set for a June 12 release. 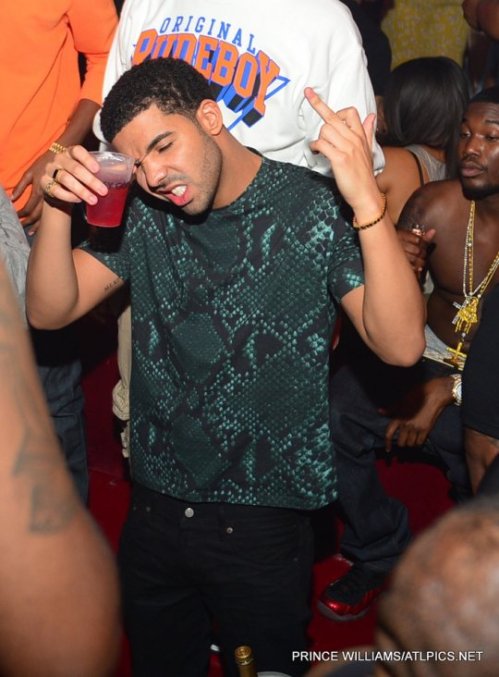 After tearing down Aaron’s Amphitheatre at Lakewood in Atlanta for his ‘Club Paradise’ tour featuring Meek Mill, French Montana, 2 Chainz, Waka Flocka and J. Cole, the crew headed over to the Velvet Room for the after-party. Drake was wearing the same exact Jil Sander Print Cotton-Blend Tee-Shirt that Usher wore last month. This shirt also comes in blue, purple, and red.

Last week, Jay-Z announced his Budweiser Made In America Music Festival which will be held September 1 and 2 at Philly’s Benjamin Franklin Parkway in Fairmount Park. The two-day festival will feature 28 musical acts of all genres including Jay-Z headlining the event. Tickets go on sale to the general public on May 23 with proceeds going toward the United Way. Below is a list of some of the performers that had already been announced: 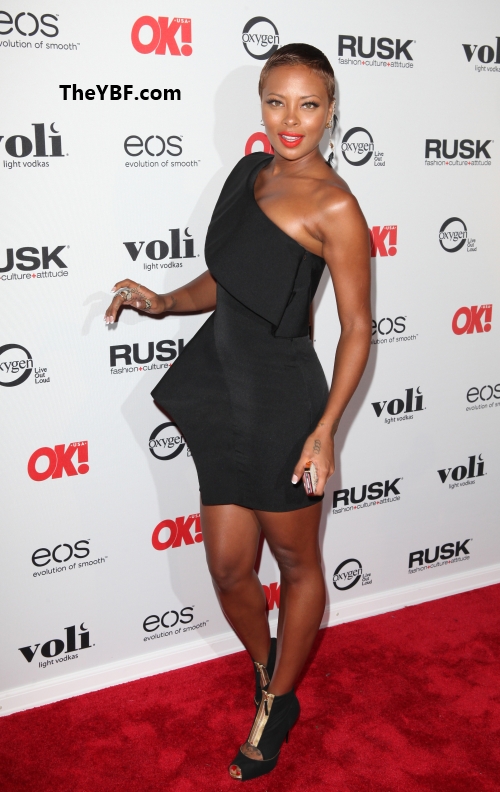 Last night Monday (May 21), Ok Magazine celebrated their 6th Annual Sexy party at Amnesia NYC.  Celebs including Eva Marcille, Mashonda, Julissa, Adrienne Bailon and Rocsi were all spotted on the red carpet. Eva is the star of the upcoming Oxygen reality show Girlfriend Confidential and Adrienne Bailon & Julissa Bermudez also stars in their upcoming reality show Empire Girls which premieres on The Style network on June 3. Peep the pictures below: 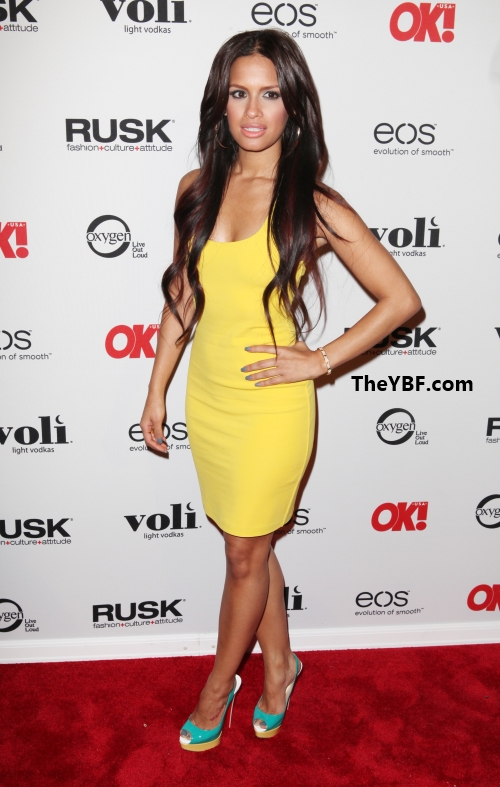 After a recent health scare, and a few setbacks, music mogul 50 Cent will finally drop his DJ Drama-hosted The Lost Tape mixtape today Tuesday (May 22) at 3pm. Eminem, 2 Chainz, Precious Paris, Kidd Kidd and Snoop Dogg are featured on the disc. Check back at 3pm for the download link!

The DOPEST Couple In The South: T.I. & Tiny Spotted Boo’d Up At The Drake Concert 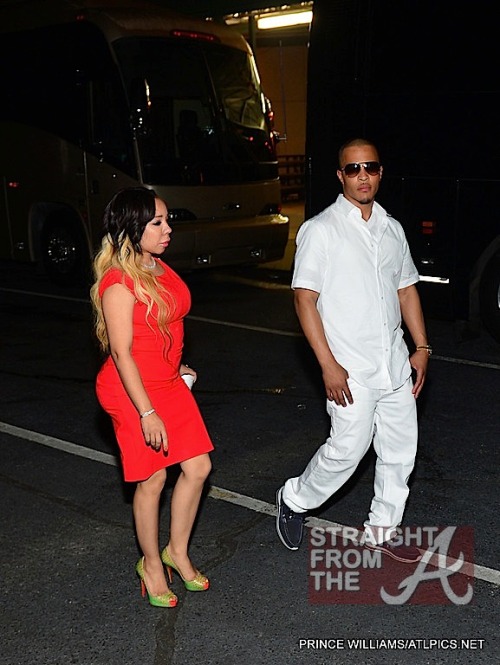 Over this past weekend, rapper T.I. and his wife Tiny were spotted all boo’d up as they made their way to the Drake concert at Aaron’s Amphitheatre at Lakewood in Atlanta. T.I. was looking all dapper in white jeans and shirt while Tiny got all glammed-up in a red dress and Christian Louboutin shoes. Tip’s new album Trouble Man is scheduled to hit selves and iTunes September 4, a day after the second season of his highly rated VH1 show T.I. and Tiny: The Family Hustle premieres. If you haven’t already heard, listen to T.I.’s new single “Like That”.

Comments Off on The DOPEST Couple In The South: T.I. & Tiny Spotted Boo’d Up At The Drake Concert

Tagged as Drake, T.I., The DOPEST Couple In The South: T.I. & Tiny Spotted Boo'd Up At The Drake Concert, tiny 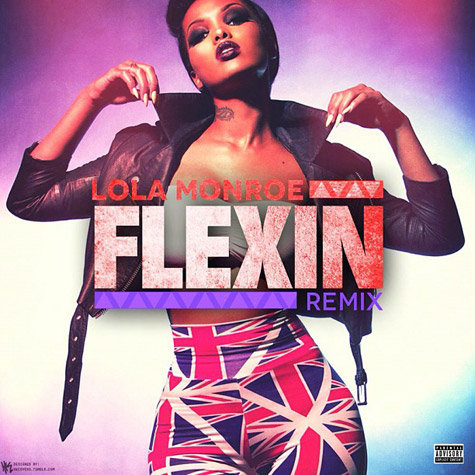 Taylor Gang’s first female emcee Lola Monroe dropped a freestyle to Meek Mill’s “Flexin”. On the track, Lola reps D.C. to the fullest and shows her sharp wordplay and dope flow over this hard beat. I respect Lola because she never gave up her dreams as a rapper, even back when people doubted her, radio wouldn’t play her and other artists didn’t want to work with her. She came a long way and proved to the people that she is very talented. Listen to the track below:

After tearing down Aaron’s Amphitheatre at Lakewood in Atlanta for his ‘Club Paradise’ tour featuring Meek Mill, French Montana, 2 Chainz, Waka Flocka and J. Cole, the crew headed over to the Velvet Room for the after-party. They shut down the stage for some live performances. The bottles were being popped as they chilled back in VIP like the bosses they are. Tonight, (Tuesday May 22), the crew will be performing in Raleigh, NC at the Time Warner Cable Music Pavilion at Walnut Creek. Peep the pictures below: 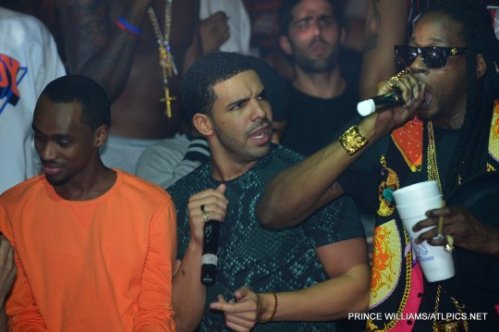 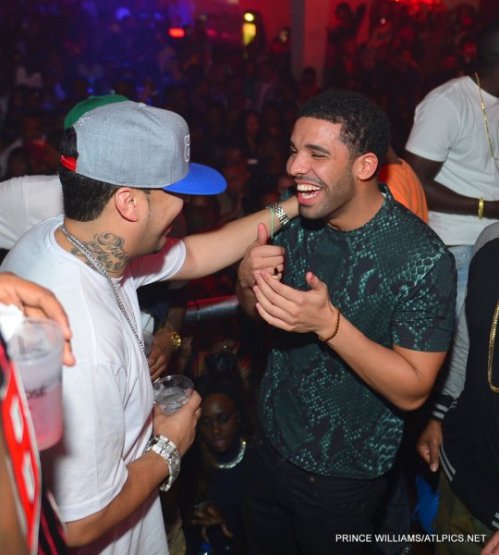 Over this past weekend, international pop singer Rihanna was spotted boarding a helicopter to the O2 Arena in London to perform with Jay-Z and Kanye West on their ‘Watch The Throne’ European tour.  Ri Ri performed “All Of The Lights” and “Run This Town” with Yeezy and Jigga. While preparing to board a helicopter, Ri Ri was looking dope girl fresh in a $110 JOYRICH cut off hoodie. She was also wearing fitted jeans, heels and carrying a Celine bag. Do you like her outfit?