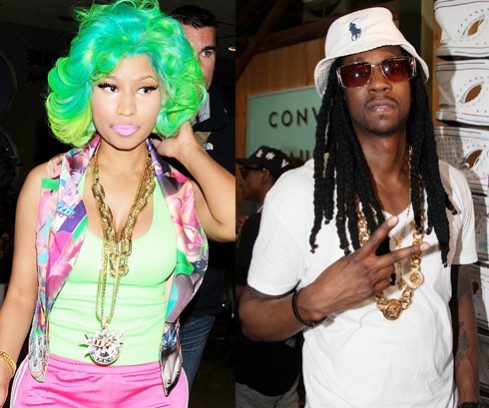 Nicki Minaj’s ‘Pink Friday’ North America tour just got REAL, thanks to 2 Chainz. The Atlanta rapper who is currently touring on Drake’s ‘Club paradise’ tour off his Tru REALigion mixtape has been added as the opening act for Minaj’s ‘Pink Friday’ U.S. tour. With the exception of Los Angeles and Oakland, 2 Chainz will perform on the entire tour which kicks off July 16 in Chicago and will hit major markets including Detroit, Atlanta, Miami, Houston, and Seattle before wrapping up in Vancouver on August 12. In the past, the twosome collaborated on Minaj’s single “Beez In The Trap”. 2 Chainz will be dropping his debut solo LP, Based On A T.R.U. Story August 14 via Def Jam. Peep the complete list of tour dates here.