He don’t call himself “Dat Pretty Muthaf**ker” for nothing! “Goldie” rapper A$AP Rocky is rising up on the Hip-Hop and fashion scene. He became popular with his 2011’s singles “Peso” and “Purple Swag” but it was how the Harlem native mixed street wear and high-end fashion together that got people attention. Along with his dope style, his Houston-influenced flow and songs helped him put the Hip-Hop spotlight back in NYC. In a recent interview with GQ, Rocky talks about being named after Hip-Hop legend Rakim, his style, fashion, the culture in Harlem, doing lunch with fashion designer Jeremy Scott and of course females. Below are the excerpts:

Son of the God
“My real name’s Rakim—my parents named me after the god MC himself.”

Carpe Diem
“With clothes, I like mixing what different designers do until it becomes a personal expression of how I’m feeling that day. This vest is by Skingraft. It only comes out for a GQ shoot or a hot date with an actress. That’s the bourgeois look. Booj-waaah.”

Culture Club
“In Harlem, I got all my black friends. But when I go downtown, I got black, white, Asian, Indian friends. There’s no borders, no barriers.”

Great Scott
“[Fashion designer] Jeremy Scott is my boy. We’ll do a shoot and then do lunch. Every time I see him, he has gifts for me. He knows I like weed, so he’ll bring edibles. I’ve also been wearing a lot of Rick Owens. It’s like hard-core jailhouse streetwear with a high-end gothic feel.”

Comments Off on His Mix Of Streetwear & High End Fashion: A$AP Rocky Talks To GQ Magazine 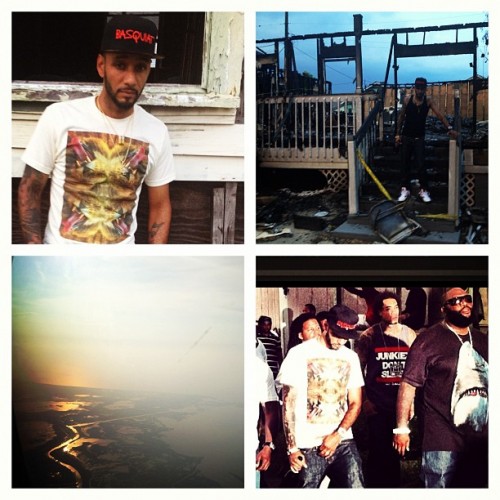 Rick Ross and his MMG crew (Wale, Stalley and Gunplay) recently took a trip to New Orleans to film the official visual for God Forgives, I Don’t’s third single “Hold Me Back”. In the visual, Ross samples Juvenile “Ha” video which appeared on his 1998’s LP, 400 Degreez. Juve shot his video in New Orleans’ Magnolia Housing Projects which is located Uptown (11th and 12th Wards). Ross filmed his visual in Calliope Projects also known as Calio Projects which is located in the 3 Ward. Music mogul Master P, Silkk The Shocker, C-Murder and Young Money’s Lil Chuckee are from Calio Projects. In the Taj-directed visual, Ross and his crew walked around in the projects, shot a scene with a few up & coming N.O. rappers and gave out Reebok to the youth. Swizz Beatz, Curren$y and Mia X also made a cameo in visual. GFID arrives July 31. Watch the footage below:

Rick Ross “Hold Me Back” Behind The Scenes

Comments Off on Paying Homage: Rick Ross Samples Juvenile’s “Ha” Visual For “Hold Me Back”

Over this past weekend, singer Chris Brown was spotted leaving Greystone Manor in West Hollywood, California. Breezy was driving in his Porsche, wearing Versace shades and a grey Bape hoodie. Breezy’s new album Fortune was released last week and it is projected to sell around 125-150,000 in the first week. Honestly, I was a big supporter of Chris Brown but lately, I haven’t been supporting his music. His new music isn’t as good as it was before. I think it is time for Breezy to re-brand himself because he is very talented and I don’t want to see his career fade. 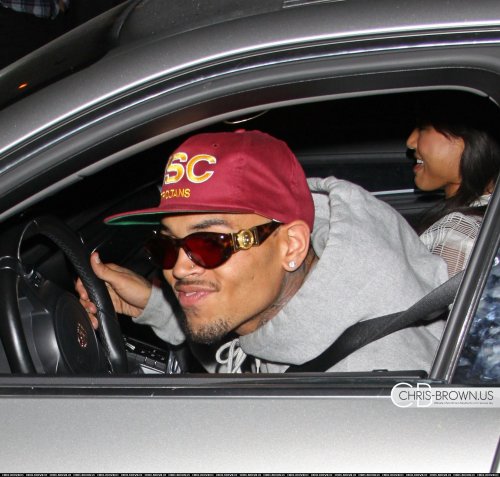 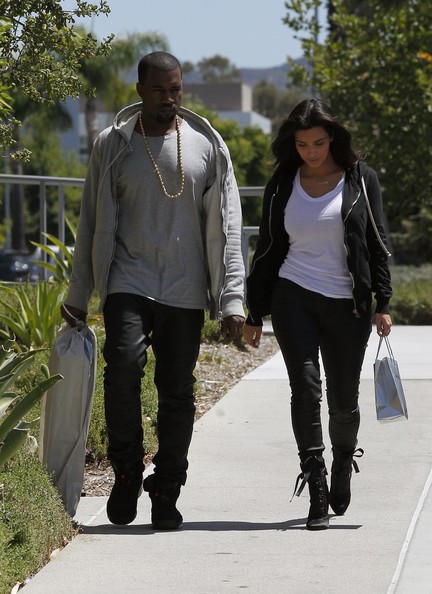 It’s always a sunny day in Cali and what else is there to do besides blowing money fast? Kanye West and his girlfriend Kim Kardashian were spotted doing some shopping at the Westfield Topanga Plaza in Woodland Hills, California yesterday Monday (July 9). For their shopping trip, Yeezy rocked a grey hoodie, tee-shirt and black pants paired with his favorite Air Jordan VI. Kimmy wore a black hoodie, pants, shoes and a white tee-shirt. Are they Hollywood’s favorite couple? How long do you think their relationship is going to last? 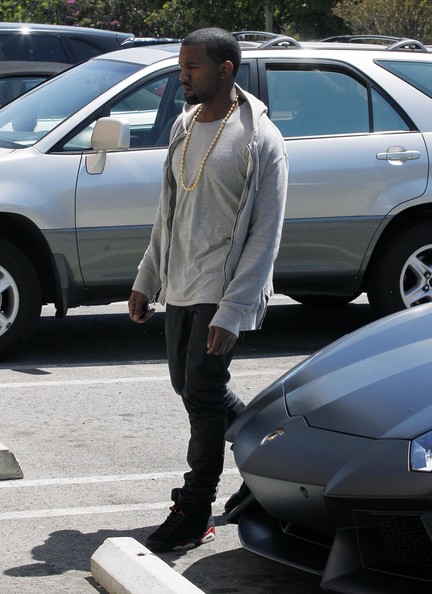 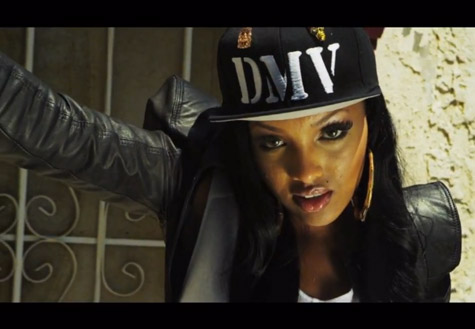 Lola Monroe has really evolved! A viral was recently sent out for her visual to Pusha T and The Dream’s “Exodus 23:1 (Remix)”. On the track and in the visual, she reps the grimy streets of D.C. and shows no love to her enemies. The visual really reminds you of the 80’s when the crack and heroin era over-populated the streets of the DMV area. At the end of the visual, Lola Monroe tats “Loyalty” on her arm. Watch below:

Over this past weekend, Monica performed at Radio One Fest in Miami. T.I., Young Jeezy, Ice Cube and Melanie Fiona also took the stage to perform some of their biggest hits. For her performance, Monica wore $178 Joe’s ‘High Water’ Animal Print jeans and a $20 Sequin Panel Tee from Charlotte Russe paired with $1,075 Christian Louboutin Daffodile pumps. I think Monica’s outfit was nice; she looked dope. I love the nude pumps! Monica’s husband Shannon Brown accompanied her to this event. Peep the pictures below: 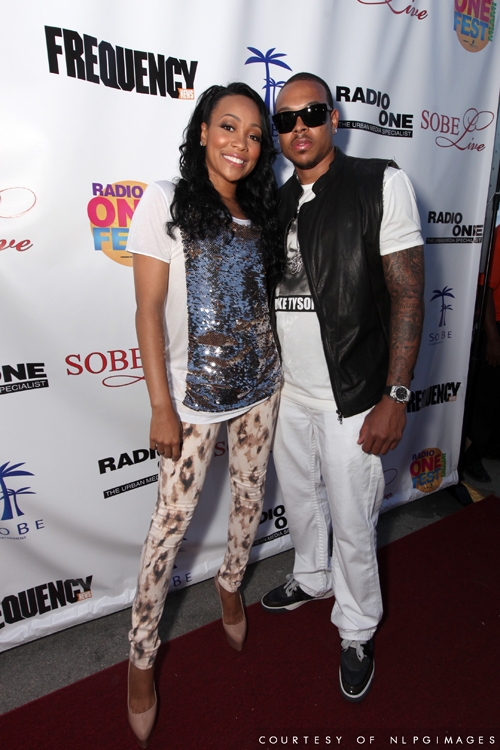 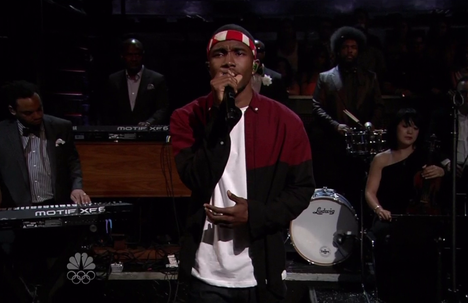 This guy is still trending! Last night Monday (July 9), Def Jam recording artist Frank Ocean made his TV debut on the Late Night With Jimmy Fallon. During his first televised TV performance, Ocean performed his latest track “Bad Religion” with Philly’s own The Roots. “Bad Religion” is an emotional song about love that is not openly reciprocated or understood being like bad religion. Channel Orange is now available on iTunes (a week early) and in stores July 17.

Some people are wondering if Ocean’s bisexuality announcement would hurt his career or not. It is my opinion to say that it is a new day and age in Hip-Hop; Ocean’s story is changing the face of Hip-Hop. I don’t think him revealing his bisexuality will hurt his career or ruin his record sales. For anything, I think he get more sort of praise and acclaim.

UPDATE #1: In less than 24 hours after being released, Channel Orange has sold enough units to reach #1 in the United States, U.K, Canada, Australia, New Zealand, Sweden, Denmark, Finland and Norway.

Listen to a free album stream over at Frank Ocean’s Tumblr page.

Over this past weekend, rapper The Game partied it up at The Colony nightclub in Hollywood. He was spotted outside of the club wearing the newly Air Jordan VI “Olymoic” paired with blue G-Star jeans and a tank-top. 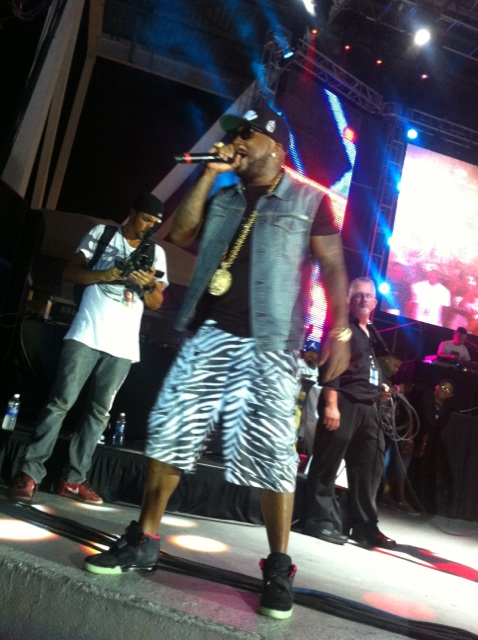 Young Jeezy performed at the at Radio One Fest in Miami over this past weekend. Jeezy sported the newly Nike Air Yeezy 2 “Black/Solar Red” paired with zebra shorts, a denim vest and black tee-shirt.

Over this past weekend, T.I. also performed at the at Radio One Fest down in Miami. For his performance, T.I. rocked a pair of Nike Air 180 iD which he paired with a Pink Dolphin tee-shirt and grey sweat-shorts.

The Game picture via CL 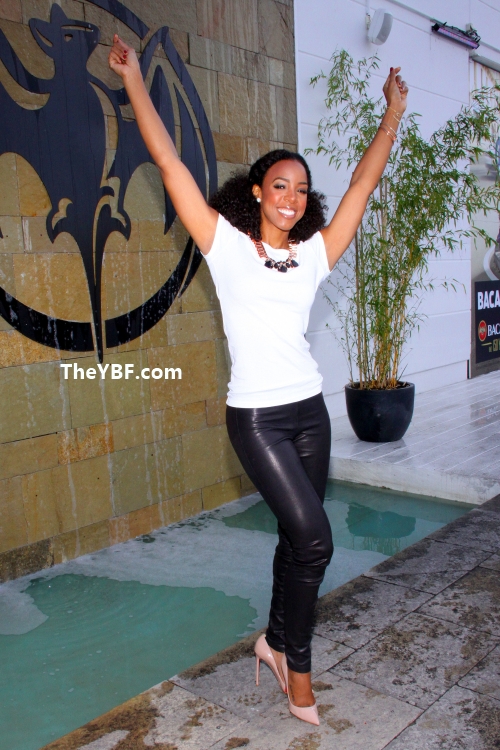 The talented Kelly Rowland was looking fabulous at the Barardi Record Release Party for ‘Summer Feeling 2012’ at Spindler & Klatt club in Berlin. She performed her track “Summer Feel”. During her set, Kelly wore a white tee-shirt and black pants paired with peach Christian Louboutin Pigalle pumps. She accessorized her outfit with a teardrop crystal necklace from Mawi’s Fall 2012 collection. Do you have any thoughts on Kelly’s outfit? 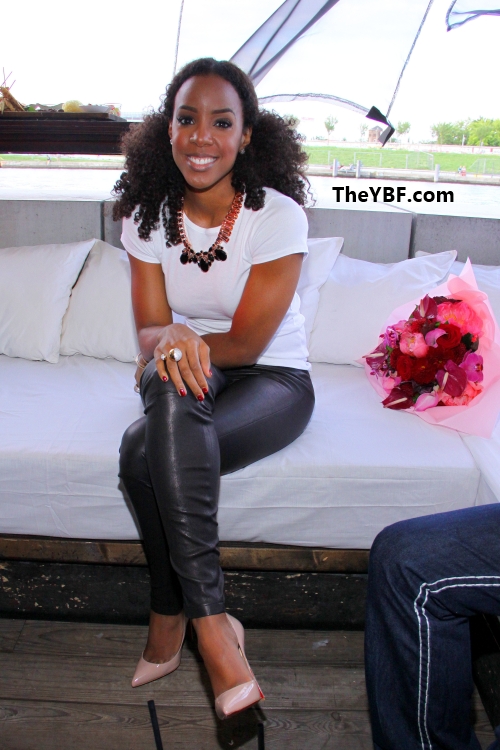 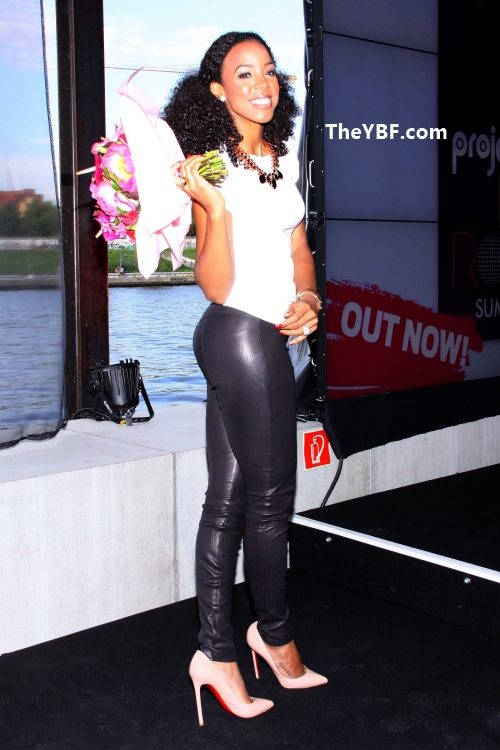 Comments Off on Styling On Them Hoes: Kelly Rowland In Peach Christian Louboutin Pigalle Pumps & A Mawi Teardrop Crystal Necklace 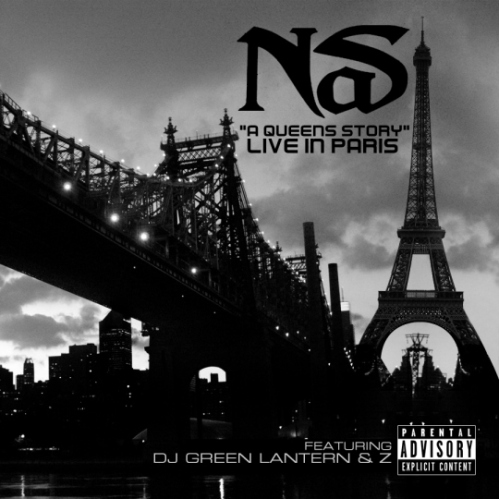 Hip-Hop’s legend Nas took his talents across the pond and performed at the Bataclan. During his set, Nas performed Life Is Good‘s third track “A Queens Story”. The track was produced by Salaam Remi. When Nas performed the track live in Paris, it had a Marvin Gaye sample flipped by DJ Green Lantern and the Z band. While in the City of Light, the Queens native also performed “Payback”, “Nastradamus”, “Nas Is Like”, “Life A Bitch”, “The Message”, “Street Dreams”, “If I Ruled The World”, “Hip-Hop Is Dead”, “N.Y. State Of Mine”, “It Ain’t Hard To Tell”, “Represent” and more. Watch the footage below:

NEXT PAGE: MORE VISUALS OF NAS PERFORMING SOME OF HIS CHART TOPPING HITS IN PARIS