Music artist and fashion designer Kanye West was recently spotted with his girlfriend Kim Kardashian in Santa Monica, California. Kanye was wearing an $800 Balmain zip-up hoodie, black pants and Air Jordan 1 “Black/Red”. Kanye must really like that Balmain hoodie because he wore it a few times this month. It is rumored that Kanye is working on a menswear line. If it is true, do you think people would buy clothing from his collection? 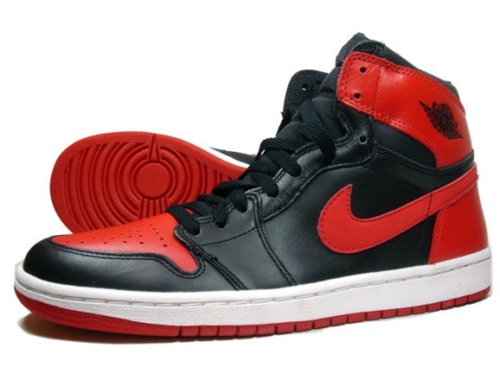 This past Monday (July 16), Jay-Z, Beyoncé, Swizz Beatz, JD, No ID and Q-Tip partied it up with Nas in New York City for his ‘Life Is Good’ Moet Rose Party. The Moet Rose Lounge series hosted a private 5o-person dinner & 200-person party at Bagatelle in the Meatpacking District of Manhattan. Other celebs including Wale, Miguel, Bridget Kelly, Angie Martinez and Va$htie were also there popping bottles of Moet with Nas. Life Is Good is now available on iTunes and in stores. Check out the pics and video below:

Comments Off on Life Is Good Just Like Nas’ Album: Jay-Z & Beyonce, Swizz Beatz, JD & More Partied It Up With Nas At Moet Rose Party 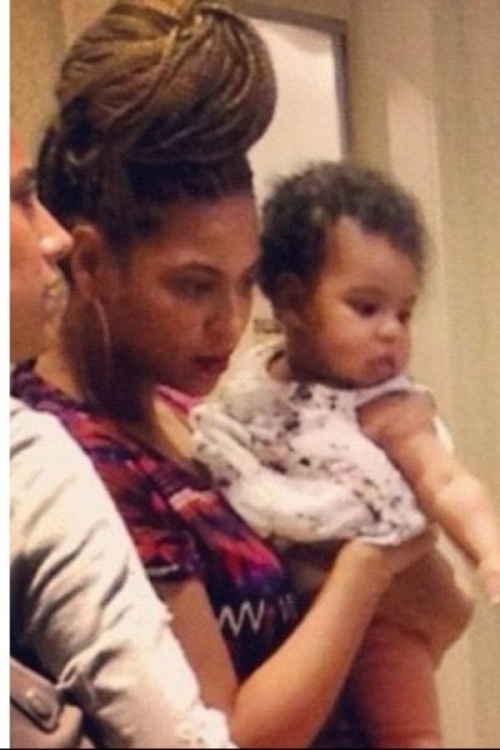 Six months later, we finally get to see how cute and chubby Beyoncé and Jay-Z’s daughter Baby Blue Ivy is. Earlier today Wednesday (July 18), Beyoncé and Baby Blue was spotted running some errands in Manhattan. As Beyoncé exited the car, she was carrying a baby and somewhere wrapped in that blanket lies Baby Blue. When Beyoncé was in an undisclosed store, she un-wrapped Baby Blue and someone snapped a picture of Baby Blue.

Comments Off on She’s So Cute & Chubby: A Picture Of Baby Blue Ivy Showing Her Full Face Surfaces 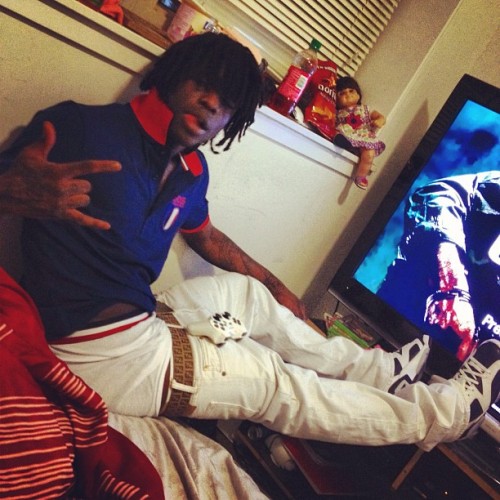 Up & coming Chicago rapper Chief Keef was recently spotted wearing the newly released Air Jordan VI “Olympic” sneakers paired with a $115 Boss Hugo Boss ‘Paddy Flag’ shirt, Fendi belt and white jeans. He even had the matching boxer briefs. Keef entire outfit matched head-to-toe. I think he looked nice! I really like the shirt and sneakers. By him accessorizing his outfit with a Fendi belt really made his fit stand out more. Do you like Keef’s outfit?

Lala Anthony recently attended a private Jordan dinner with her husband Carmelo Anthony and their son Kiyan. For the occasion, Lala wore a $419 Elie Tahari Mayla jumpsuit paired with two-toned platform pumps. Lala accessorized her outfit with a YSL leather belt and a black studded clutch. Lala has become a fashion trendsetter with her unique and expensive style. I love the way she carries herself. Do you have any thoughts on Lala’s outfit? 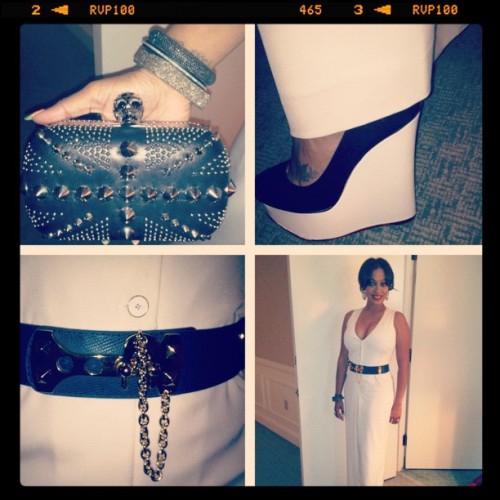 He Sold Out The Wiltern: Frank Ocean Performs “Sweet Life” During His Concert In L.A. 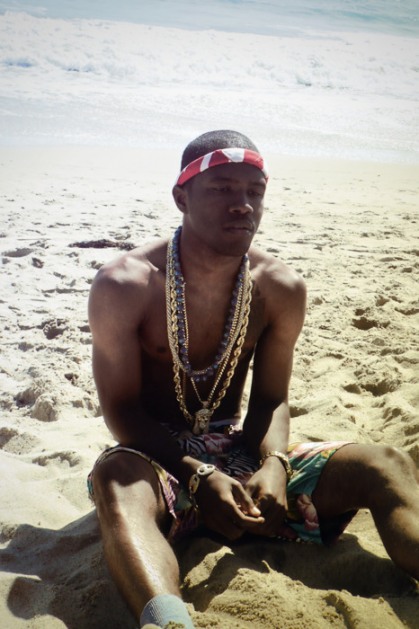 Last night Tuesday (July 16), Frank Ocean’s ‘Channel Orange’ tour stopped in Los Angeles at The Wiltern. Ocean’s Odd Future crew and Drake attended this sold-out show. During his 70-minute set, Ocean kicked off the show with a cover of Prince’s “When You Were Mine”. He also performed tracks from Channel Orange and Nostalgia, Ultra including “Sweet Life”, “Super Rich Kid” with Earl Sweatshirt by his side, and “Forrest Gump”. Before leaving the stage, Ocean covered Beyoncé’s “I Miss You” which he wrote for her album 4. Check out the footage below:

END_OF_DOCUMENT_TOKEN_TO_BE_REPLACED

Comments Off on He Sold Out The Wiltern: Frank Ocean Performs “Sweet Life” During His Concert In L.A.

Tagged as 'Channel Orange', Frank Ocean, He Sold Out The Wiltern: Frank Ocean Performs "Sweet Life" During His Concert In L.A.

Sporting A New Hair Color: Chris Brown Is back To Blonde, Are We Feeling It?

The talented Chris Brown is back to blonde. Over a year ago, Breezy dyed his hair blonde, but went back to black after a few months. Breezy recently appeared on the set of E-40 “Function (Remix)” Ft. Big Sean, French Montana, Young Jeezy, Problem and Red Cafe visual shoot in Los Angeles and he was sporting a blonde hair-cut. I like the Versace sunglasses, Chicago Bulls jersey and bucket hat that Breezy was wearing in these pics. Are you feeling his new hair-color?

Tagged as Chris Brown, Chris Brown dyed his hair blonde, Sporting A New Hair Color: Chris Brown Is back To Blonde; Are We Feeling It? 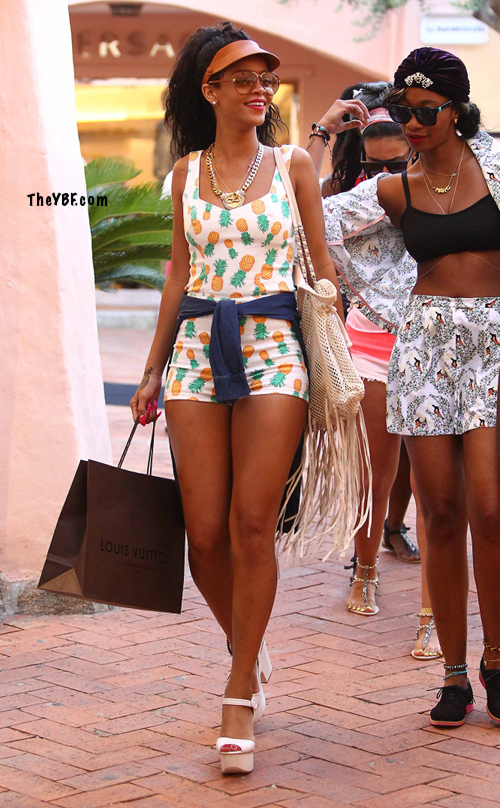 Rihanna and her friends are living the good life as they vacay in Porto Cervo (an Italian seaside resort in Northern Sardinia). Ri Ri was looking cute in a pineapples covered short jumper and orange shoes. Ri Ri and her girls did some shopping at Louis Vuitton, partied it up on a yacht, had some drinks and enjoyed a lot of fun in the sun. Peep the pics below: 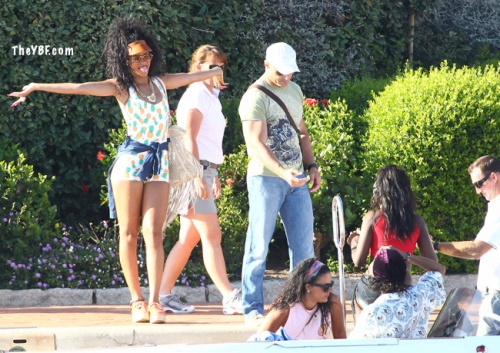 Comments Off on Living The Good Life: Rihanna & Friends Vacaying On An Italian Seaside Resort In Northern Sardinia 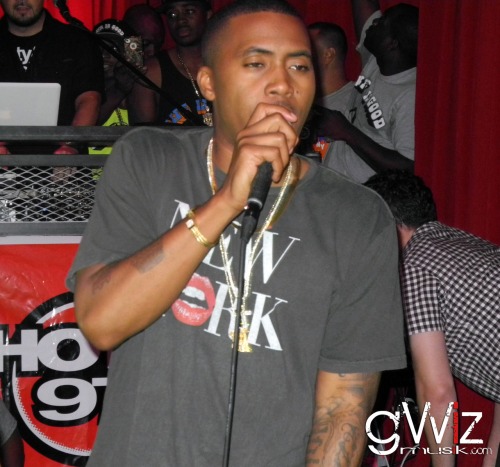 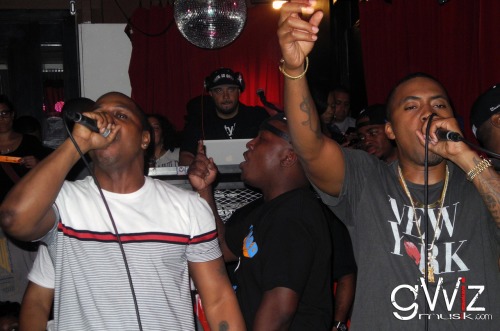 Nas is still on a promo run, performing at various locations in NYC to celebrate the release of his Life Is Good album. After shutting down Rucker Park in Harlem, Nas made his way downtown to Tammany Hall for his release concert. During the show, Nas performed “The Don”, “Daughter”, “Dead President”, “The World Is Your”, “Life A Bitch” with AZ by his side and more cuts. Life Is Good is available on iTunes and in stores now. Watch the footage and peep the pictures below:

NEXT PAGE: MORE PICS FROM NAS CONCERT AT TAMMANY HALL AND FOOTAGE OF HIM PERFORMING AT THE RUCKER

END_OF_DOCUMENT_TOKEN_TO_BE_REPLACED 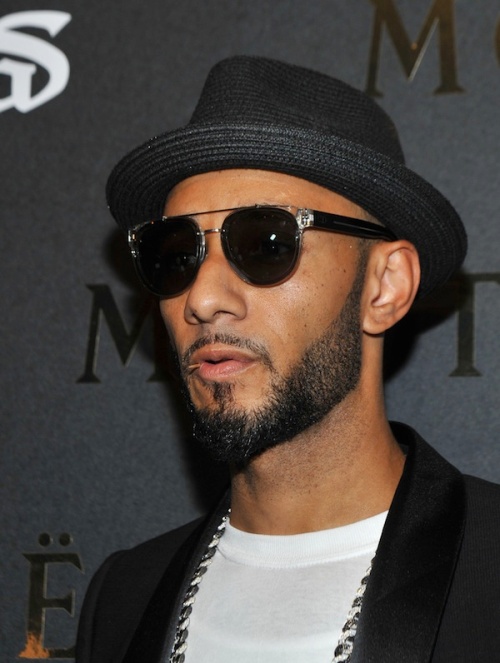 Monday (July 16), Swizz Beatz attended Nas’ Moet Rose Lounge Presents “Life Is Good” album release party at Bagatelle in New York City. For the occasion, Swizz wore a pair of $395 Christian Dior Crystal Blacktie 143s sunglasses and Reebok Pump snakeskin sneakers. Swizz was also wearing a black fedora hat, blazer, blue jeans and a white tee-shirt. Swizz outfit was the perfect fit for a dinner party. The blazer and hat brought the outfit out and the sneakers is what made us watch his style. Do you have any thoughts out his outfit?