Rihanna and Magic Johnson are still vacaying on their private yachts in the French Riviera. Over this past week, RiRi and Magic were spotted partying in St. Tropez. Today, their yachts rolled into Cannes. Yesterday, Chris Brown, Ludacris and Swizz Beatz hopped on a private jet to the French Riviera to shoot Swizzy’s upcoming visual. Rihanna was spotted shopping in St. Tropez this morning before heading to Cannes. They’re living the life. I so want this lifestyle! Peep all the designer clothes, shoes and accessories below: 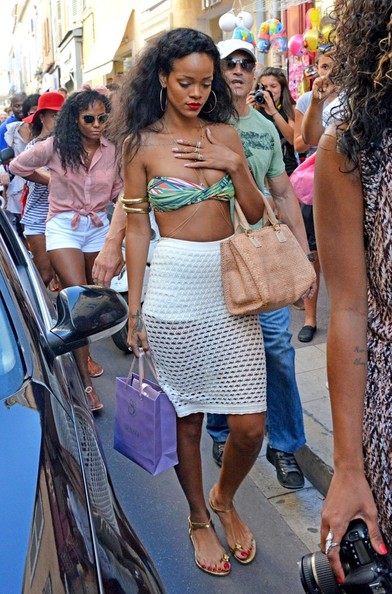 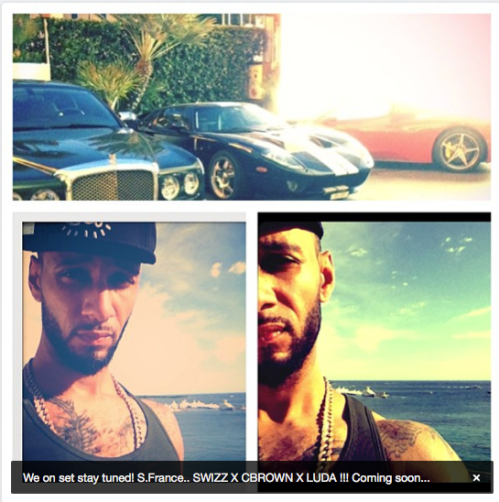 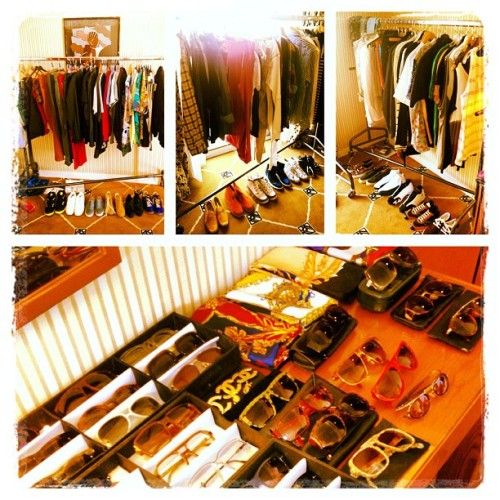 Last month, MMG was on a promo run to promote their latest effort, Self Made 2 which sold over 90,000 copies in the first week. Pitchfork put together a 37-minute documentary on Ross’ spearheaded Maybach Music Group (MMG).

“The film follows Rick Ross, Wale, Stalley, Meek Mill, Omarion, and other MMG affiliates as they tour New York City during a recent visit in support of their new album Self Made 2, giving a group performance and chatting backstage.” The album is available on iTunes. Watch the doc below:

Tagged as 'Self Made 2', MMG, New Mini Movie: MMG's Self Made 2 Documentary

Over this past weekend, Rev Run’s eldest daughter Vanessa Simmons debuted her Rose by Vanessa Jean clothing line during Miami Fashion Week. The event was held in the penthouse of the Raleigh Hotel. Vanessa’s sister Angela and radio personality Felisha Monet were in attendance. Are you buying any pieces from Vanessa’s line? Peep the pictures below: 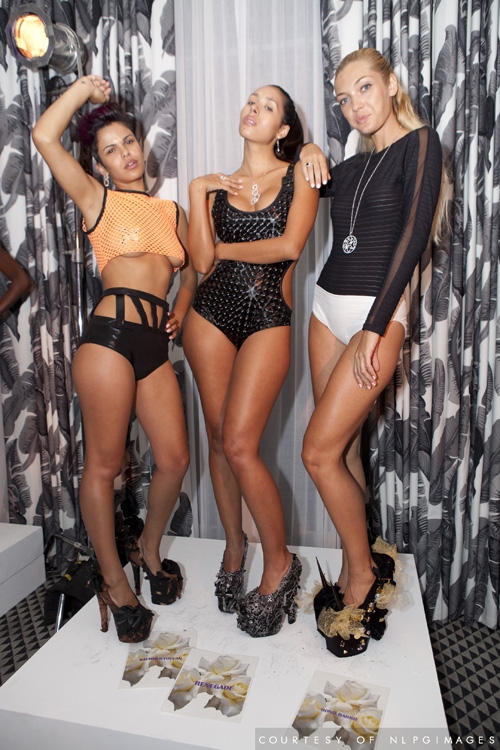 New Music: 2 Chainz Ft. Kanye West “Birthday Song”; Plus He Lands The Cover Of The Latest Issue Of Urban Ink

As promised, 2 Chainz drops his new single “Birthday Song” Ft. Kanye West and for his birthday, all he wants is a big booty call. When he dies, bury him inside of the Gucci or Louis Vuitton store, as the Atlanta native raps on the track. “Birthday Song” serves as the second single off 2 Chainz upcoming debut solo Def Jam album, entitled Based On A T.R.U. Story which arrives August 14th. Sonny Digital and Kanye West handled the production.

2 Chainz also lands the cover of the latest issue of Urban Ink magazine. “Urban Ink caught up with 2 Chainz while he was on the road assisting Drake on his Club Paradise Tour. The “No Lie” rapper posed for some flicks with some spicy mamacitas, and afterward, he sat down with UI to give us a breakdown of what he looks for when choosing a tattoo artist that he can trust to permanently mark his body. Chainz also chatted about his second coming to the Hip-Hop spotlight, and the ink which tells the story of the journey he went through to get to this point.”

If that’s not enough, over this past weekend, 2 Chainz shot the visual to “Love Dem Strippers” Ft. Nicki Minaj in Atlanta.

Comments Off on New Music: 2 Chainz Ft. Kanye West “Birthday Song”; Plus He Lands The Cover Of The Latest Issue Of Urban Ink

Tagged as "Birthday Song", 'Based On A Tru Story', 2 Chainz, Kanye West, New Music: 2 Chainz Ft. Kanye West “Birthday Song”; Plus He Lands The Cover Of The Latest Issue Of Urban Ink

All Glammed-Up: Eve Spotted At The Mac Store In D.C. In Gio Diev Milo II Sandals & A Grey Jumpsuit

Over this past weekend, Philly’s own and former Mac Viva Glam spokesperson Eve visited Washington D.C. for the ‘International AIDS Conference’. Eve helped the Mac store (the Friendship Heights location) celebrate The Mac AIDS Fund’s $250 Million Milestone press conference. For the occasion, Eve got all glammed-up in some Gio Diev Milo II shoes paired with a grey sleeveless jumpsuit. She accessorized her outfit with a black belt tied around her waist and nice looking necklace. Do you have any thoughts on Eve’s outfit and are you ready for a new album from her? 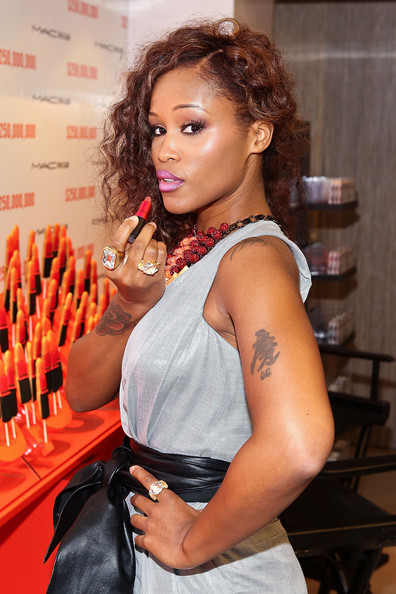 Comments Off on All Glammed-Up: Eve Spotted At The Mac Store In D.C. In Gio Diev Milo II Sandals & A Grey Jumpsuit

A G.O.O.D. Summer: Kanye West & His Crew Cover The August/September Issue of Complex

Kanye West and his G.O.O.D. Music crew cover the August/September issue of Complex. On the front page, the Hip-Hop collective faces bears in a sign of a cross. With the exception of Kanye West (he stopped doing interviews almost two years ago), the collective gives a dope interview about Cruel Summer (which now arrives September 4). Be sure to read the cover story and see additional pictures over at Complex. 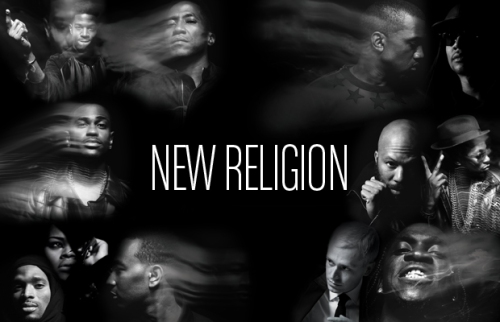 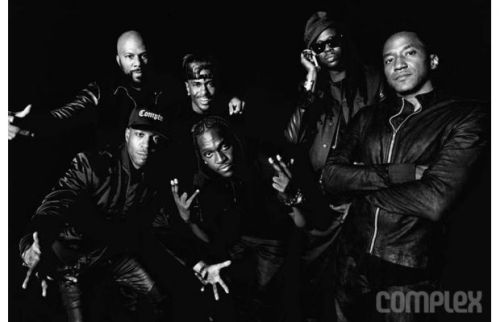 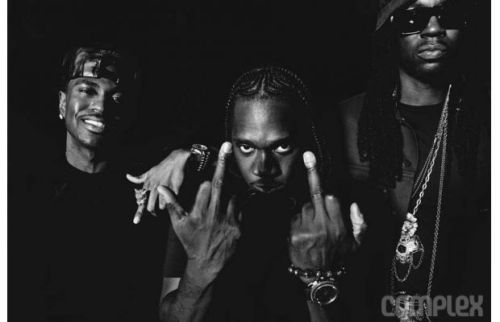 For this issue, Interview by Noah Callahan-Bever (@N_C_B); Photography by NABIL (@nabildo); Cover by DONDA.

Comments Off on A G.O.O.D. Summer: Kanye West & His Crew Cover The August/September Issue of Complex

Last night Sunday (July 22), G.O.O.D. Music rapper Big Sean attended the 2012 Teen Choice Awards. He performed with pop singer Justin Bieber. Sean also posed for a picture with actress Zoe Saldana. He was wearing a $315 Balenciaga “Egyptofunk” glitter girl print short sleeve tee-shirt which is from the Fall/Winter 2012 collection. I think this shirt is pretty dope! I will wear a pair of ripped black jeans and some Rick Owen sneakers with this shirt. Do you like this shirt and how would you wear it?