Over this weekend, teen rap sensation Diggy Simmons performed at his uncle Russell Simmons 13th annual Art For Life benefit which was held at Uncle Rush’s East Hamptons estate. The event raised over $2 million for art programs. All proceeds went to the Rush Philanthropic Arts Foundation. For the occasion, Diggy was looking fly, I’m loving the colorblocking! He opted for a yellow blazer and sky blue shoe paired with a sky blue and white shirt and white pants.

According to Global Grind, “Art For Life was founded by all three Simmons brothers (Danny, Russell and Rev) and helps underprivileged kids get access to the arts which we all know is so important in helping children blossom.” 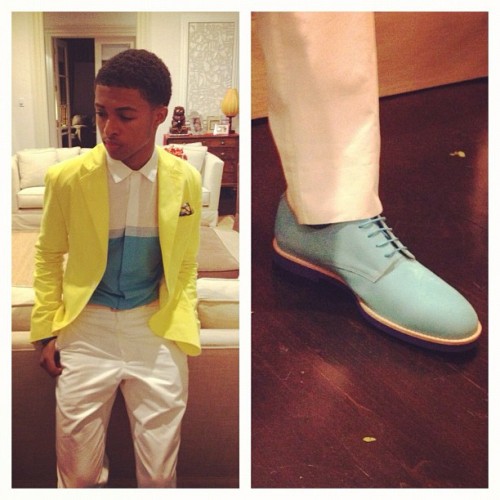 What is your verdict on Diggy’s outfit?

Hurry Up & Drop, What Are You Waiting On? Jay Electronica ‘Act 2: Patents Of Nobility’ Tracklisting

Comments Off on Hurry Up & Drop, What Are You Waiting On? Jay Electronica ‘Act 2: Patents Of Nobility’ Tracklisting 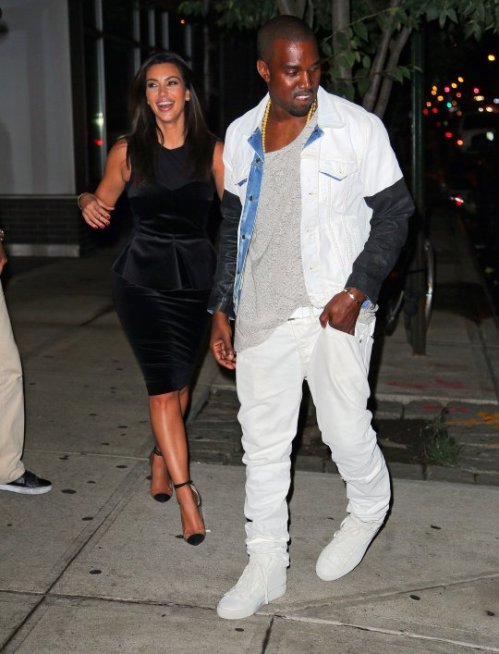 Kanye West and his girlfriend Kim Kardashian are back in NYC. The adorable couple was spotted leaving Book Of Mormon play on Broadway. For the occasion, they both were looking fly. Kanye wore a white denim outfit which featured black leather sleeves on the jacket, a grey tee-shirt paired with $545 Balenciaga Arena sneakers. Kim was all glammed-up in a black top with the matching skirt paired with $795 Christian Louboutin’s Un Bout 12MM heels in black. Kanye is such a gentleman; he opened up the door for Kim. Peep the pics below: 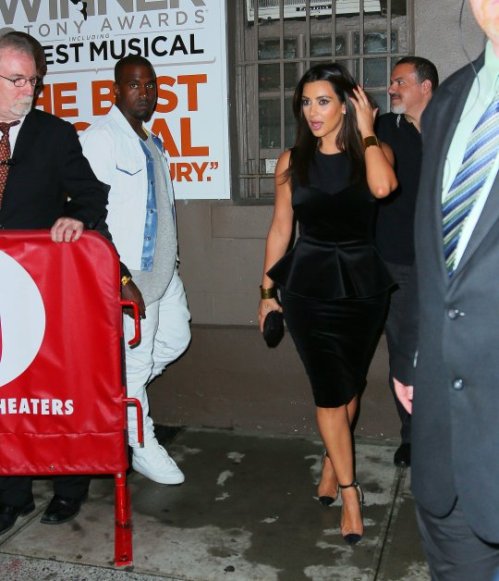 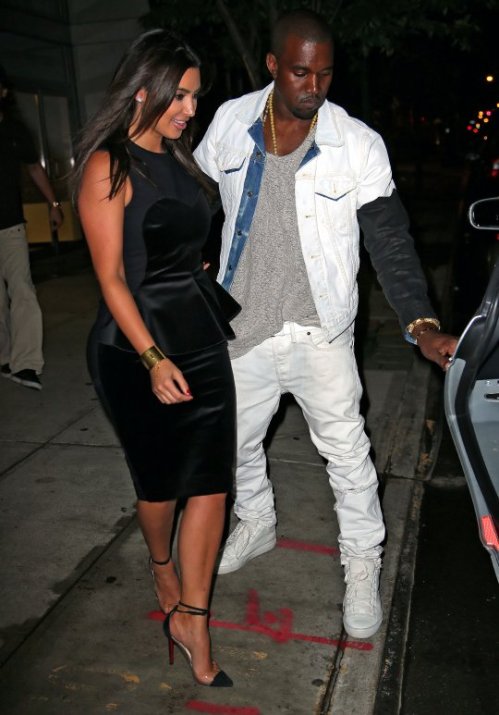 Harlem Is Back, Who Gotta Problem With That? Rich Ice “3 Hunna (Freestyle)”

You see the caption! Harlem is back, who gotta problem with that? Up & coming New York rapper Rich Ice takes a stab at Chief Keef’s “3 Hunna”. On the track, this Westside native keeps it all the way Harlem. Rich Ice is in the studio working on his upcoming mixtape, entitled Ice Mayweather which arrives this fall 2012. The disc is Rich Ice’s third mixtape. In the past, he released Cold Heat 1.0 and Cold Heat 1.5, hosted by DJ V12. I am handling managerial duties for Rich Ice in all fields of entertainment; including management, branding, marketing, licensing and endorsement. To book Rich Ice for collaborations, event appearances, interviews or general questions, please send all inquiries to yodonbleekraps@gmail.com. Listen to “3 Hunna” below: 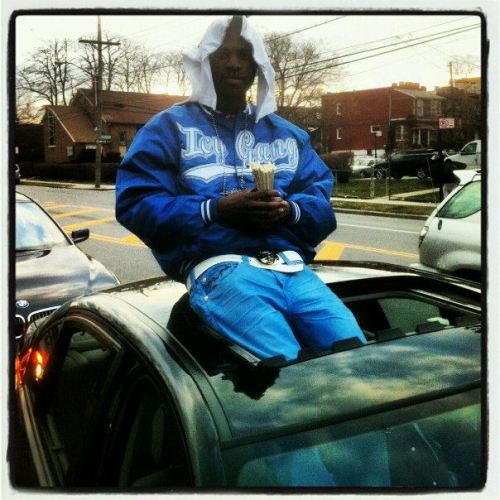 Who influenced you to rap: Cam’ron Fabolous and Ma$e

Standout records or moments have been: My song “Get Em Off You” which was released back in 2007. It was one of the tracks that put me on because it featured another Harlem rapper, When Nicki Minaj asked to join my team and I on a song and New York’s popular DJ, DJ Funk Master Flex recently played my artist/partner Lil SNS song on Hot 97, while we were in the studio recording some tracks. They were my standout moments.

If you can sign to any label, what label it will be and why: If I can sign with any label it would be Maybach Music because I like what they’re doing. They are one of the hottest labels out and my team fits in with the MMG movement. I would also sign with YMCMB and Bad Boy. Right now, Diddy is going hard for his artists.

What projects are you currently working on: I’m working on my upcoming mixtape, entitled Ice Mayweather, which arrives this Fall 2012.

Five years from now I will be: A music mogul, trendsetter, one of the hottest rappers out, touring around the world, signing endorsement deals and most importantly a motivation for others in Harlem that grew up the way I did or have dreams. Icy Gang will also be the faces of Harlem!

For more on Rich Ice visit:

Comments Off on Harlem Is Back, Who Gotta Problem With That? Rich Ice “3 Hunna (Freestyle)”

Tagged as "3 Hunna", Chief Keef, Harlem Is Back, Rich Ice, Who Gotta Problem With That? Rich Ice "3 Hunna (Freestyle)" 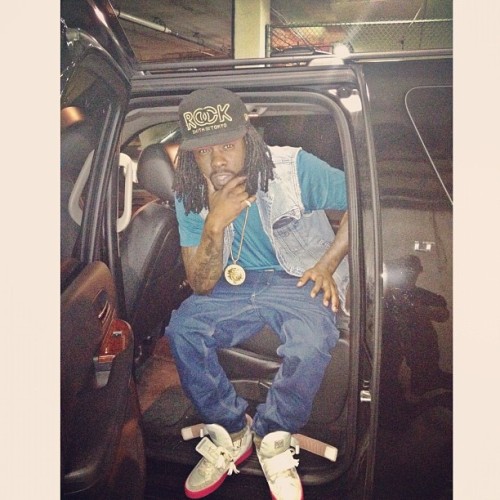 Comments Off on Watch My Kicks: Five Pictures Of Wale Wearing Dope Sneakers

Last week, Solange stopped by Macy’s Camila Alves for INC event at No 8. For the occasion, Solange wore a Diane von Furstenberg skirt from the 2012 Resort collection paired with white Balenciaga heels. 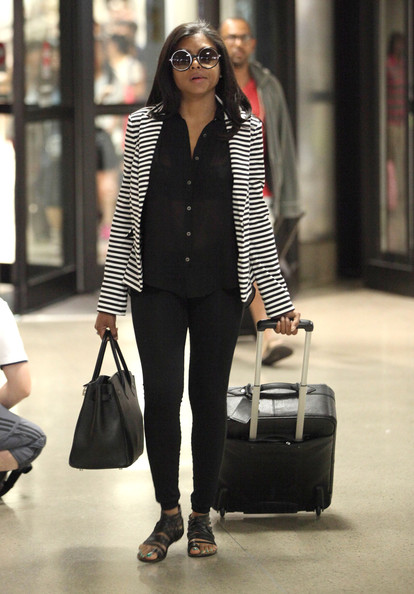 Actress Taraji P. Henson was photo’s rolling through LAX. She looked cute in a striped blazer, black blouse and leggings. 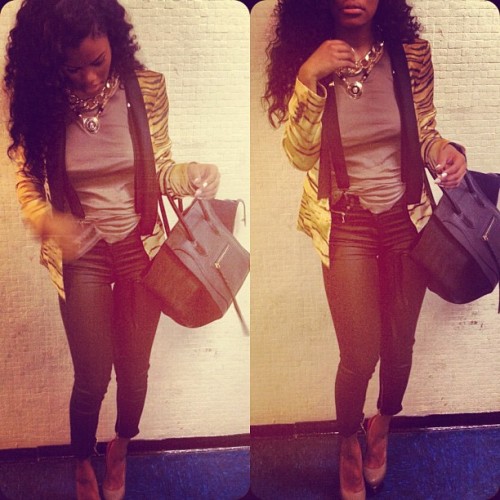 Teyana Taylor was recently spotted making her way over to Nas ‘Life Is Good’ Moet Rose Party at Bagatelle in the Meatpacking District of Manhattan. For the occasion, Teyana wore a gold and black zebra print blazer, grey shirt and black jeans paired with Versace platform pumps. She accessorized her outfit with a Celine luggage tote bag.

BET can’t stop the Bawse (Rick Ross)! If you haven’t heard, the network banned Rick Ross “Hold Me Back” visual but that didn’t stop me from uploading it. Rick Ross and his MMG crew (Wale, Stalley and Gunplay) recently took a trip to New Orleans to film the official visual for God Forgives, I Don’t’s third single “Hold Me Back”. In the Taj-directed visual, Ross samples Juvenile “Ha” video which appeared on his 1998′s LP, 400 Degreez. Juve shot his video in New Orleans’ Magnolia Housing Projects which is located Uptown (11th and 12th Wards). Ross filmed his visual in Calliope Projects also known as Calio Projects which is located in the 3 Ward. Swizz Beatz, Curren$y and Mia X made a cameo in visual. GFID arrives this Tuesday (July 31).

Rick Ross “Hold Me Back”

END_OF_DOCUMENT_TOKEN_TO_BE_REPLACED 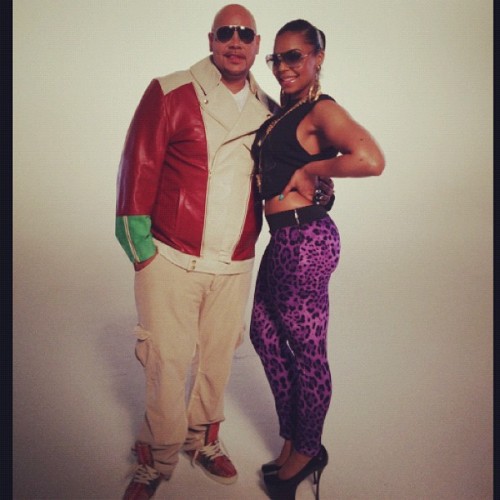 Over this weekend, Ashanti joined forces with her good friend Fat Joe on the set of his “Pride & Joe” visual shoot in NYC. Ashanti, Fat Joe and the Terror Squad friendship dates back to the early 2000’s. Ashanti sang the hook on Big Pun’s “How We Roll” off his 2001’s Endangered Species album and she also sang the hook on Fat Joe’s “What Luv?” off his 2001’s Jealous Ones Still Envy (J.O.S.E.) album. On the set of Joe’s latest visual, Ashanti mixed her up style. She was wearing a $294 Givenchy Rottweiler Print Jersey Tank Top which is from the Fall/Winter 2012 collection. She paired her tank top with purple leopard pants and black pumps. Do you have any thoughts on her look? 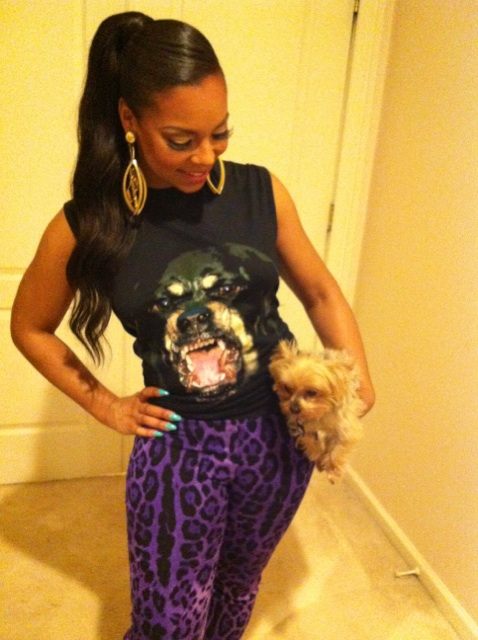 Ashanti has been in the studio working on her fifth solo album which now arrives January 2013. She is also working hard on various upcoming projects and is in talks to be in the sequel to Coach Carter and she is executive producing and starring in a movie called I Love Cinema. 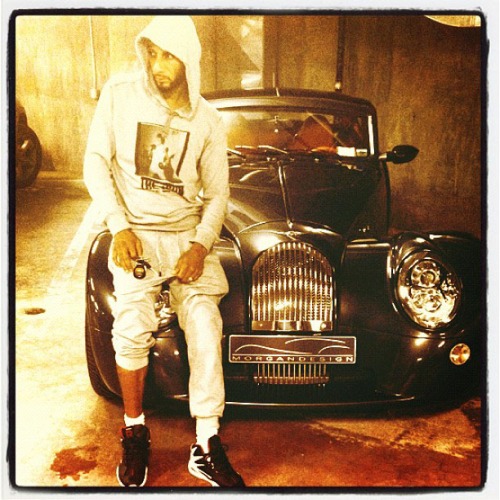 Music artist and fashion designer Swizz Beatz was spotted wearing a pair of Reebok Classic Blast. Swizzy paired his sneakers with “The Icon, Muhammed Ali” hoodie from Dolce & Gabanna. This hoodie retails for $251 was designed with prints of important and historical athletes. Swizzy also had on a pair of grey sweats. Last week, Swizzy  hopped on a private jet with Chris Brown and Ludacris to go to the French Riviera to shoot his upcoming visual. His new album, entitled Limitless arrives soon.

Back in May, Swizz Beatz and his Monster Music Group signed a joint venture with Imagem Music USA. I love how Swizzy is a renaissance man, he is always looking for more to do, and I’m the same way. I will never be too comfortable, there is always more to do. 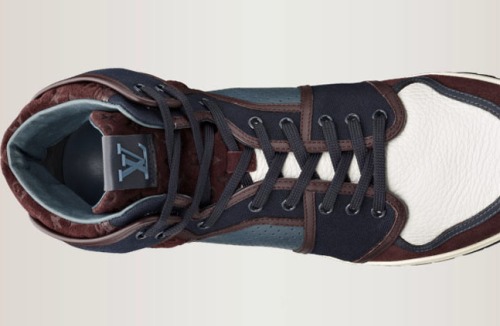