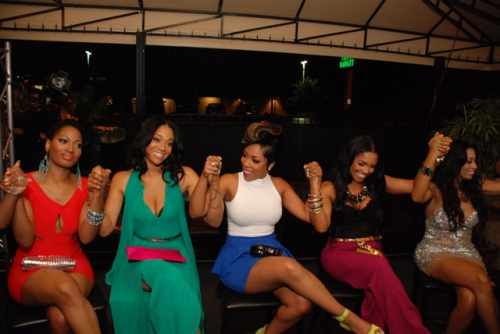 Over the last few years, many of reality shows premiered on ‘BET’ and ‘VH1’ including ‘Keyshia Cole: The Way It Is’, ‘The Frankie & Neffe Show’, ‘Tiny & Toya’, ‘Toya: A Family Affair’, ‘Basketball Wives’ and ‘Love & Hip Hop’. People boycotted some of these shows and even started a petition to get them taken off air because of the negative portrayal of African American’s and Minorities in the media, specially women.

Regardless of who didn’t like the shows, that never stopped millions of other viewers tuning in each week, and some of those viewers were the people who had something negative to say about the shows. Yes, TV does have an impact on young women and men and not all shows highlight the positive side as much as the negative side but each person on those shows made a choice to be there and put their business on display for the world to see. Some shows do have a negative impact, but those shows still are not a representation of all African-Americans and minorities.

The executive producers of these reality shows presented the cast members with an opportunity to open up and share their stories with the world and contractually, the participants agreed. What they did was give the world a glimpse into their lives. Their stories are similar to a lot of other people stories; it is just that their stories are being televised.  The shows are about the cast members lives, their relationships, their struggles, their pain, their recovery, their success, their joy, their careers and their future. Some shows also encourage other people to open up about their lives and help inspire them to make the right decisions. It was also reported that a lot of shows that portray African-American and minorities in a negative or not so positive light are getting the highest ratings and the only way networks will stop airing those types of shows is if people stop tuning in. So obviously, people are very interested in watching those types of shows.

NEXT PAGE: CONTINUE READING MY LETTER

Some of the people who are against these reality shows only focus on the negative side. They never really say anything about the positive things that come along with reality shows. As far as the positive outcome of doing a reality show, some cast members joined their respective shows because they wanted to and were able to show the working side of American Americans and minorities in the entertainment industry and their empowerment. Some cast members were able to create positive images, brands and businesses by being featured on these shows. They were also able to voice their opinions and share more positive ways for young Black and Latino women and men on reality shows.

Parents should take more responsibility for their children and what they are allowed to watch. It is not reality stars, TV or society jobs to raise children. It is parents’ job to be parents and raise their children. If parents sit down and converse with their children on a daily basis, have family meetings, and go to parents-teachers conferences, then it shouldn’t be an issue with the stereotypes of reality shows influencing the youth in a negative way. If people are so tired of what they are watching on TV, I encourage them the best and only way to see change is to continue to tune into the shows they think are positive and boycott the negative ones.