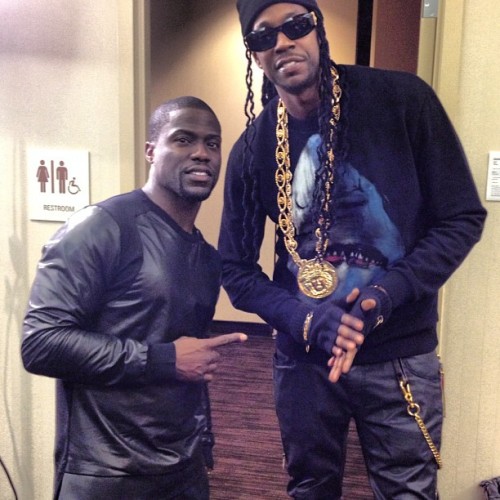 Last night Saturday (November 10), rapper 2 Chainz attended comedian and actor Kevin Hart show at New York City’s Madison Square Garden. 2 Chainz was photo’d backstage with Kevin Hart and actress Taraji P Henson. For the event, he wore a Givenchy Shark Cuban Fit Sweater which was designed by Riccardo Tisci and feature its signature shark print. He paired his sweater with black-coated jeans and accessorized his outfit with dark Versace sunglasses and a Versace plated chain. This sweater is from the Fall 2012 collection and it is becoming popular among celebs. LeBron James wore it when he was spotted partying at Compound Nightclub in Atlanta. Rapper Meek Mill wore this sweater last week while partying at Atlanta’s Bitmore Ballroom for Young Jeezy’s 34th birthday. New York Knicks baller Amar’e Stoudemire had on this sweater while hanging out with rapper Shyne in Paris. Tyga also wore this sweater when he was in Los Angeles hanging out with his buddy Chris Brown. You can purchase this Givenchy Shark Cuban Fit Sweater at SSENSE for $510. 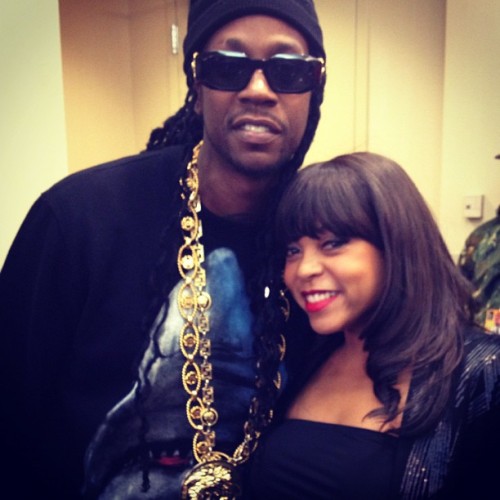 Based On A True Story in stores and on iTunes now!