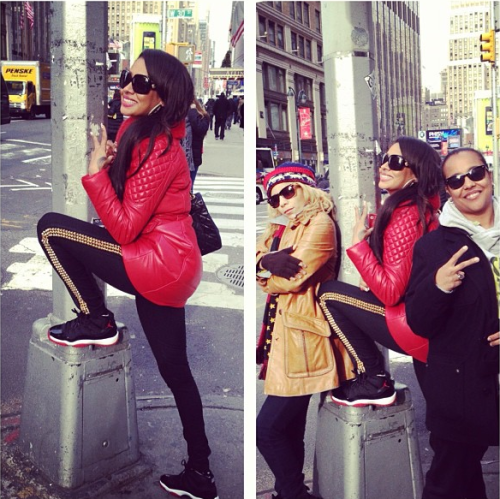 I love and respect what Lala does! She is a great example for youth Black and Latina females in the inner cities. Lala’s talents, nice personality, education, hard work and respect for herself helped her get to the top. The media personality, actress, reality star and cosmetics brand owner and her crew, consisting of her cousin Dice and BFF Po decided to hit the town in Manhattan to do some Christmas shopping. Lala and her girls also took the NYC subway. For her shopping trip, Lala styled in a red leather jacket and black tights with gold studs on the side paired with Air Jordan Retro 11 ‘Black/Varsity Red-White’. These sneakers are scheduled to hit Jordan retailers this Saturday (December 21). Lala accessorized her outfit with dark designer sunglasses and a Chanel bag. Any thoughts on her outfit? 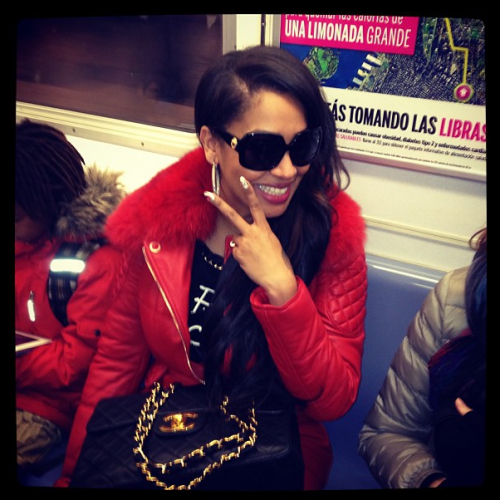 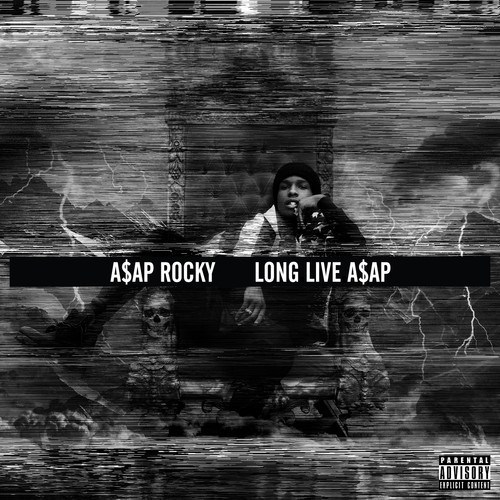 A$AP Rocky’s long-delayed debut album, Long.Live.A$AP is schedule to hit iTunes and music retailers on January 15, but the LP leaked on the Interwebs earlier in the week. Tonight, the album’s intro mastered “Long.Live.A$AP” dropped, the video premieres this Sunday (December 23) on MTV2. Rocky brings his Houston inspired flow on this Jim Jonsin and Rico Love-produced track. pre-order Long.Live.A$AP on iTunes.

Yesterday, Wednesday (December 19), platinum selling singer Alicia Keys was photo’d walking in the Soho section on Manhattan. She wore a black leather motorcycle jacket, shirt and skinny jeans. She paired her outfit with $93o Giuseppe Zanotti Wedge Sneakers which feature a mental plaque at the heel, a lace closure and gold tone zip detailing. A. Keys accessorized her outfit with a cream scarf wrapped around her neck and she also carried a black bag and wore dark color sunglasses. 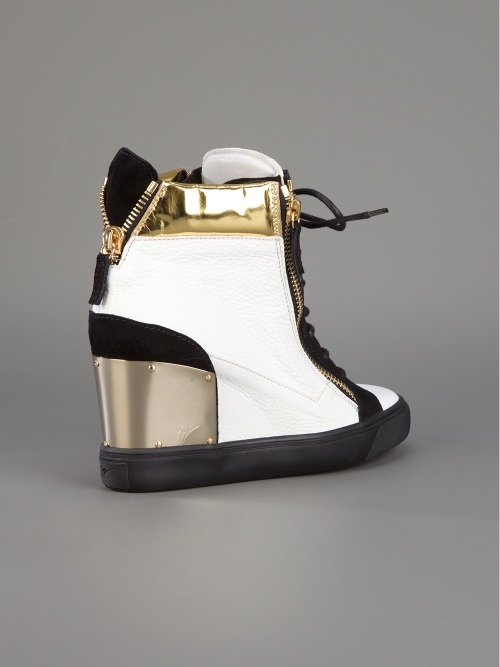 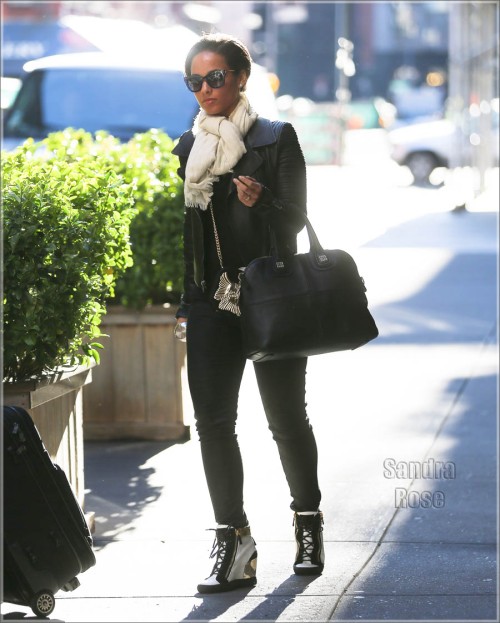 Back in September, I reported that music executive Lyor Cohen stepped down as Chairman/CEO of Warner Music Group , after eight years. It was reported that he stepped down to develop a talent management agency. I also heard that he was doing some work with Kanye West but nothing has ever been confirmed.

It does look like I was correct when I mentioned that Cohen was launching a talent management firm. Sources are now saying that he’s reuniting with Irv Gotti. Yes, Cohen brought aboard Irv Gotti. Gotti has a great resume in the music industry. In the past, he worked with Jay-Z and DMX, and discovered Ja Rule and Ashanti.

According to the New York Post, “We further hear that Gotti is aiming to advise rapper Drake while Cohen, as Page Six previously reported, has been giving career advice to Kanye West. “If Lyor and Irv do work together, it’s possible they’ll have two of the biggest hip-hop stars under their management,” said a music insider after a photo showing Drake and Gotti meeting together appeared online. The deal between Cohen and Gotti was struck this week, sources say. Cohen, who exited Warner in September, has been quietly setting up his new company amid speculation over which of his old colleagues at Warner, or his previous label, Island Def Jam, he would bring onboard. A former Def Jam A&R exec who borrowed his industry moniker from Mafia don John, Gotti founded Murder Inc. records in 1997. He produced Jay-Z’s first hit “Can I Get a . . . ” as well as an album for “A Thousand Miles” singer/songwriter Vanessa Carlton. The label was partially owned by Def Jam, and the violent-sounding Murder Inc. name was later changed to The Inc. But in 2005, Gotti was indicted for money laundering as part of a high-end drug ring along with his brotherChris Gotti. Both were later acquitted. Since then, Gotti tried to mount a comeback, launching a campaign last year to become president of Def Jam. However Gotti lost out on he job to Joie Manda, and sources told us Gotti’s past probably hurt his chances. “If you don’t want to hire me — the best man for the job, the man who will die for it — cool, I understand. You think . . . the feds may come in here again if you hire me, cool,” he told MTV News.”

Comments Off on Irv Gotti Reuniting With Lyor Cohen?

While most of us are in the states trying to stay warm and preparing for the Christmas holiday, international pop singer Rihanna is enjoying the nice weather back home in her stomping grounds. She flaunts her beach body in a green and gold bikini in Barbados. Earlier in the week, Riri purchased a $12 million mansion in California.

Comments Off on Rihanna Shows Her Beach Body In Barbados

Tagged as Rihanna, Rihanna Shows Her Beach Body In Barbados

Rapper A$AP Rocky recently interviewed with Vevo. During his interview, the Harlem native styled in $1,251 Yves Saint Laurent Razor Motif Wool Sweater and black jeans paired with black Patrick Ewing 33 Hi sneakers. Last month, singer Frank Ocean attended the GQ Men of the year Party in Los Angeles. He also wore this Yves Saint Laurent Razor Motif Wool Sweater. This lack wool chunky-knit sweater with a crew-neck features a white and grey flocked razor motif and a ribbed-knit hem and cuffs. Personally, I do not like this sweater. I am not a fan of black and white. Do you like this sweater? 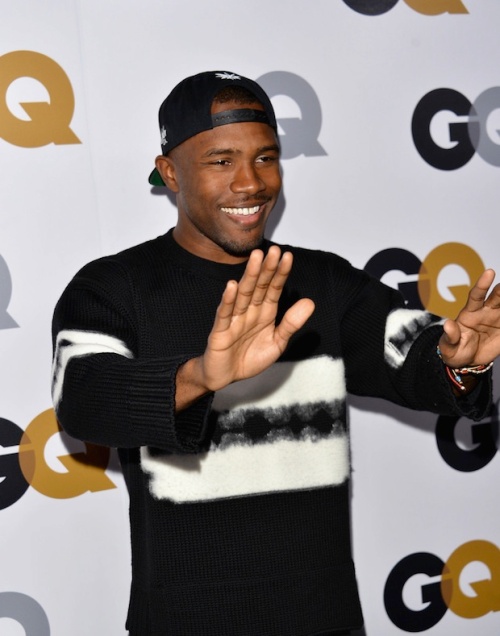 Now that Basketball Wives: Los Angeles and the reunion shows officially came to an end, some cast members are still doing press in order to stay relevant until the next season. This past season and the reunion shows were filled with a lot of drama and jealousy. Gloria wasn’t around throughout the entire taping because she was working on her so-called YouTube acting career and she finally tied the knot with NBA player Matt Barnes. VH1 chatted with Gloria and she opened up about her relationship with Matt, talked about her so-called acting career, and issues with Bambi, Malaysia & Jackie. Below are some excerpts:

Yeah! Woo hoo! It’s been awesome, really, really great. Being married as been a big exhale. I feel like everything just fell into place. Matt’s and my relationship is so up and down that getting married the way we did fit us perfectly. It’s been amazing. Our boys are happy, there’s such a difference in them too having a solid foundation.

What’s going on with the acting? Your webisodes have aired and there was talk of a film being attached to them as well.

The webisodes are on Shaq Comedy Network and they were the prelude to the feature, which is being shopped around to Lion’s Gate, Universal, and Paramount. Fingers crossed, we’ll see!

At a certain point in the season it seemed like you and Bambi were fine, and then there was a moment where you called her a rookie and she told you she wanted to f— you up and it all changed.

The funny thing is Bambi is not a cast member. She is Malaysia’s friend. So it’s like your plus-one having an opinion, you’re just a guest, it was frustrating, because for someone who came on the show as a fan and to support her friend to have an opinion was frustrating. Especially about stuff that she really didn’t have a clue about that went on with Laura and Jackie last year. That relationship is so complex, for an outsider to have an opinion about it was just funny to me. It’s fine if she has an opinion, but to try and amend something you don’t know anything about, it was just too much. So I called her a rookie and her trying to find a place on the show, she escalated it. My beef with Bambi, I broke it down in the last episode, I was like, I don’t care where you’re from, Compton or wherever, that has noting to do with the price of rice, and I think her pride was a little offended. But she says it in the first episode, she’s someone who talks behind people’s backs and smiles in your face, so I can’t really take her seriously. The beef between us was and is completely ridiculous.

Did the tension between you two mess with your relationship with Malaysia?

Malaysia’s and my relationship has never really been that strong, so even if it did, I didn’t really notice. At the end of the day, I would never expect Malaysia to hop on my side of things, so I really wasn’t losing a friend. If me and Bambi’s situation was messing with me and Brooke’s relationship, or me and my sister’s, then maybe I should mend things. But Malaysia and I were never strong in the first place.

How do you feel about Jackie at this point?

Ohhhh, Jackie. I feel like no matter what I say to her, she’s going to walk out of the building being like “Yes! We’re sisters.” And I’m gonna be like, “No, Jackie.” And She’ll be like “You’re right! We’re best friends.” And I’ll be like “No, Jackie.” And she’ll be like “All right, we’re just friends.” Jackie is someone who wears you down till you’re just like “FINE!” It’s like when your kid has a tantrum and you’re like “Fine, take the damn candy bar already!” That’s how Jackie is. I don’t go out of my way to see her, but when I do see her, there’s no shade being thrown, it’s just pleasantries. “Hi, how are you? Gotta go.”

Read the interview in its entirety over at VH1.

Comments Off on BBWLA Gloria Govans Talked About Married Life, Her So-Called Acting Career And Issues With Bambi, Malaysia & Jackie

In the words of Jay-Z, “Men lie, women lie, numbers don’t.” The Throne’s (Jay-Z & Kanye West) Hit Boy produced track, “N****s In Paris” recently reached 3x platinum. The song is now triple platinum with digital sales crossing the three million mark. The Throne’s “No Church In The Wild” which serves as Watch The Throne’s opening track has gone gold (over 500,000 digital sales). “No Church In The Wild” is also nominated for six Grammy Awards. The album itself has sold over one-million copies worldwide. Congrats Jay and Ye!

Beyoncé continues to take advantage of Instagram. She uploaded a picture of herself wearing some dope fashion. This time around, Bey styled in a pair of $179  Rag & Bone Grand Prix Paneled Midrise Skinny which she wore with a burgundy $645 Helmur Lang Pointed Cuff Blazer, printed blouse and black pumps. Bey is back in the studio. A writer from music producer Timberland’s camp posted a pic of Bey & Jay-Z in the studio together working on some new music. Bey was also photo’d in the studio with R&B singer Miguel. What’s your verdict on her outfit?