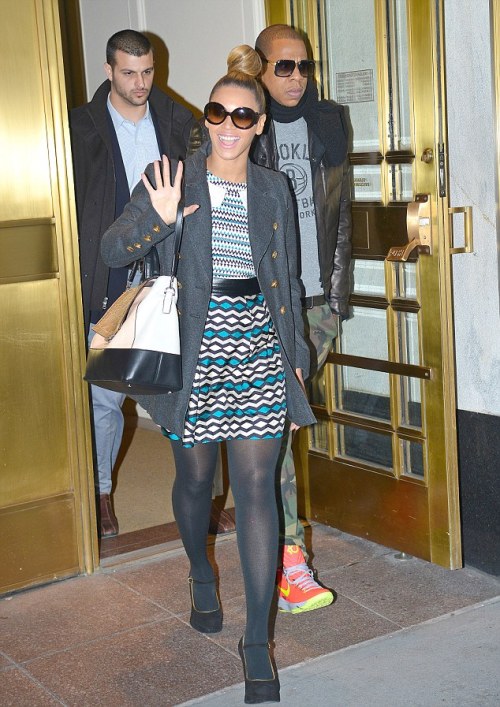 Today, a lot of people including celebs hit up their favorite boutiques to do some last-minute Christmas shopping. Jay-Z and his wife Beyoncé made their way to upscale department store, Bergdorf Goodman on 5th Avenue in NYC and Mary Arnold Toys. They were spotted picking out some last minutes gifts for their love ones. This is the Carters first Christmas with their 11-month-old daughter Blue Ivy. Jay kept it causal in a black jacket, grey Brooklyn Net sweatshirt, camo pants and Nike  V “DMV” Kevin Durant sneakers while Bey got dressed up in a black coat, printed top and mini dress, Mary Janes tights, black suede pumps and Diane Von Furstenberg Croc & Leather Bag. This sure is a happy Christmas for the Carters. Beyoncé recently signed a $50 million deal with Pepsi. If that is not enough, In February Bey will be performing at the 2013 Superbowl during halftime. 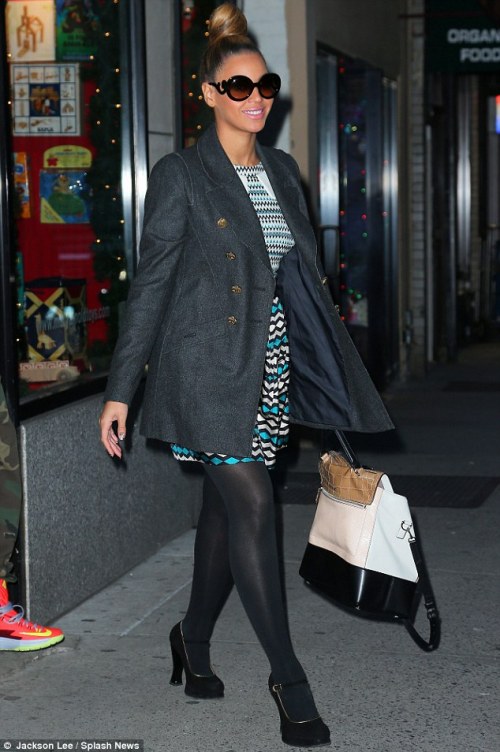 Def Jam/Dipset rapper Juelz Santana was photo’d inside of a studio. Most likely he was recording tracks for his upcoming mixtape, God Will’n which arrives January 14. I do not know who’s featured on this mixtape but I do know that Juelz has been in the studio with Wiz Khalifa, Wale, Lloyd Banks, Lil Reese, Jeremih, Future, Lil Wayne and Yo Gotti. For his studio session, Juelz styled in a pair of Jeremy Scott x adidas Originals JS Wings “Fleece” sneakers which he wore with blue denim jeans and a Notorious B.I.G. tee-shirt. He accessorized his outfit with a $410 Fendi Multi-Colored Reversible Logo Belt and a black cap. Juelz sure was colorful. I don’t really like his outfit. It is my opinion to say that it wasn’t well put together. What is your take on his outfit?

Singer Ciara was spotted in New York City making her promo rounds. She stopped by VH1′s ’Morning Buzz’ to talk about her upcoming album, One Woman Army which is due sometime next year. For her televised appearance, Cici styled in a sheer turtleneck and pleated drop crotch pants paired with $1,895 Christian Louboutin Equestria Boots.

Ciara was spotted at Epic Records ‘Epic Moment’ party at Hollywood Station inside of the W Hotel. For the occasion, Cici rocked a Givenchy Red Leather Tee which is available at Barneys for $1,330. She paired her tee with daisy dukes denim shorts and Air Jordan 9 Retro ‘White, Black & True Red’ sneakers. Cici accessorized her outfit with dark-colored sunglasses and gold bangles. 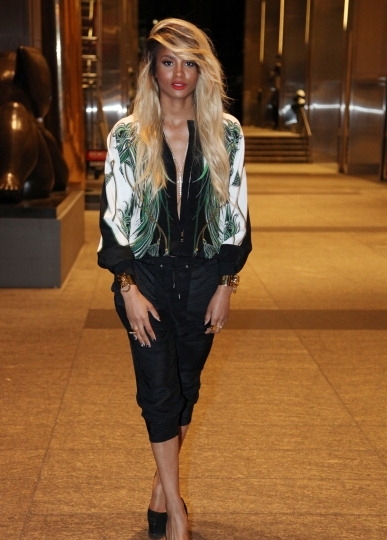 The talented Ciara was spotted outside of her hotel room in NYC. She was styling in a $3,650 Gucci Silk Crepe de Chine Bomber and cropped pants paired with black suede pumps. Cici completed her outfit with gold Givenchy Obsedia Cuffs.

END_OF_DOCUMENT_TOKEN_TO_BE_REPLACED

Comments Off on Ciara’s Top Five Best Outfits In 2012 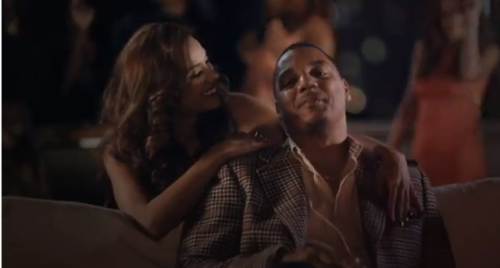 Welcome back to New York! We’re just a few weeks away from the premiere of Love & Hip Hop and the good folks over at VH1 released the super-trailer for season three. The players changed but the game always stays the same. In the super-trailer singer Olivia gets into a heated argument with her longtime manager and best friend Rich Dollaz because she walked out of a recording session after refusing to record a collaboration with model and aspiring singer Erica Mena who is also dating Rich Dollaz. Joe Budden and his ex-girlfriend Tahiry have some unfinished business and are trying to rebuild their friendship while dealing with interference from Budden’s “best friend” Raqi Thunda who is rumored to be sleeping with him. Yandy Smith deals with family issues, including her son’s health and boyfriend/son’s father Mandeecees. The new season of VH1’s Love & Hip-Hop premieres on Jan 7th at 8pm, but check out super-trailer below. Over this past weekend, music producer and rapper Hit Boy performed at The Glass House in Pomona, Ca. During his set, the BET Award winning producer styled in a Givenchy Sweater which feature stars around the neck and silver-colored hardware zips at the bottom right and left sides. He paired his sweater with red Balmain Biker Jeans. In related Hit Boy news, music executive and Geffen Records Chairman Gee Roberson has expanded his brand/empire by launching a new label, Blueprint which will be distributed by Interscope Geffen A&M. “Several artists on the Geffen roster are expected to join Roberson at the New York-based label,  including rapper/producer Hit-Boy,” said Billboard. 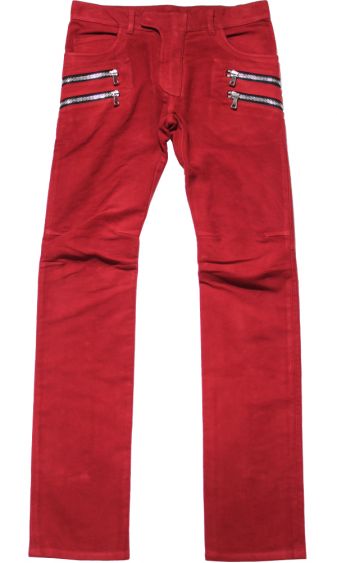 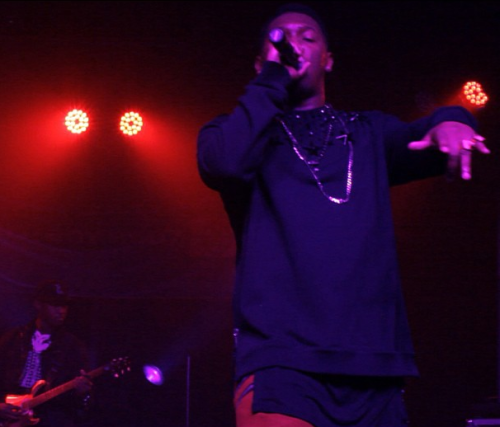 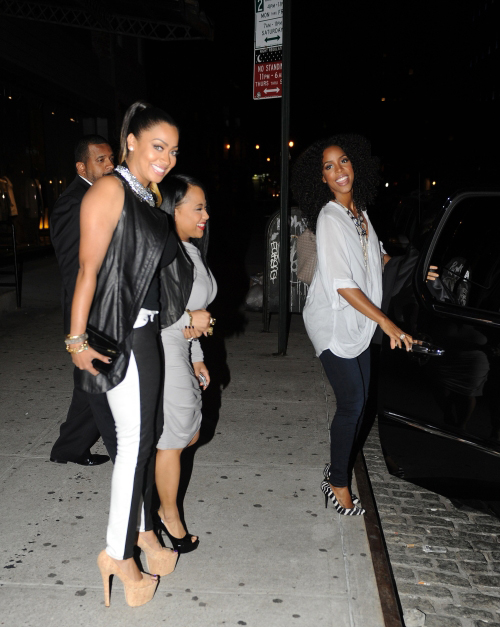 Media personality, actress, reality star and business woman La La Anthony was spotted having dinner with her good friends Kelly Rowland and Angie Beyincé. La La was styling in $595 Leather Panel Skinny Jeans Rag & Bone Jeans which are available at Intermix. She paired her jeans with a black leather vest and cork heels.

On (September 8), Alicia Keys attended Edun Spring 2013 NY Fashion Week Show. She chose to wear black and white two-tone Rag & Bone Jeans and a white blouse paired with black pumps for the event which was held at Skylight Studios at Moynihan Station.

Singer Monica was photo’d at Live with Kelly performing her collabo “It All Belongs To Me” Ft. Brandy. Monica wore a pair of $198 Rag & Bone/JEAN Split Skinny Jeans, which she paired with a $1,995 Haider Ackermann Tuxedo Jacket and $795 Giuseppe Zanotti Suede Platform Pumps. 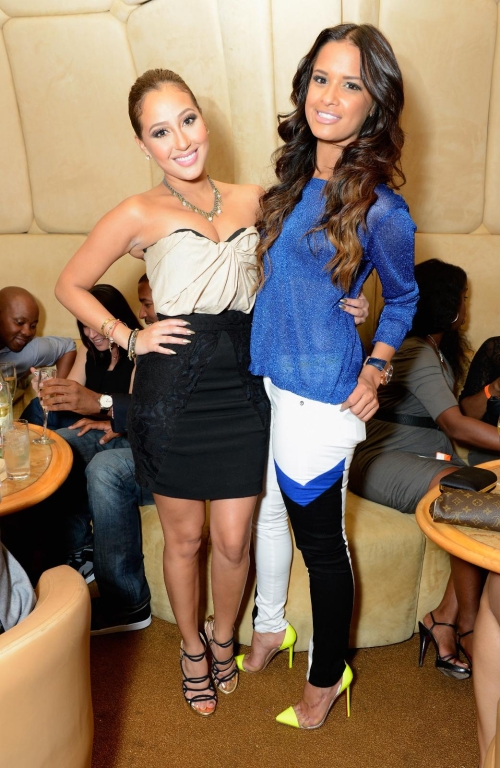 Media personality and TV host Rocsi was spotted at the launched of Kelly Rowland’s TW Steel Kelly Rowland “Special Edition” Watches at The Standard in NYC. For the event, Rocsi opted for a pair of highlighter yellow illusion pumps from Christian Louboutin which she wore with a pair of $218 Rag & Bone Prix Paneled Midrise Skinny Jeans and a royal blue blouse. 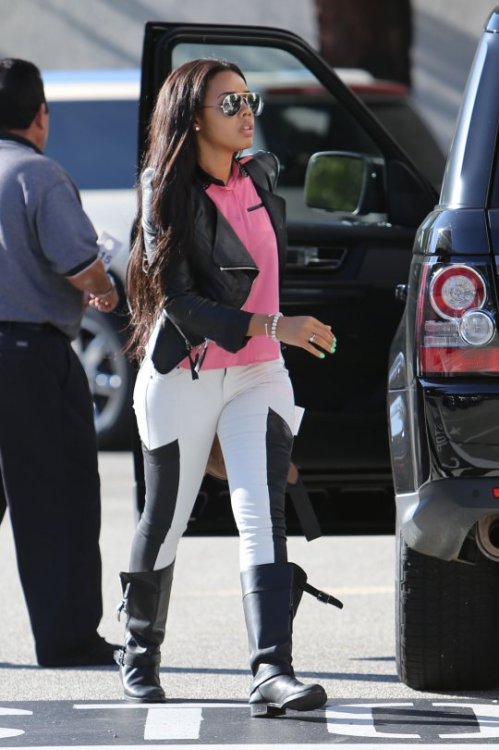 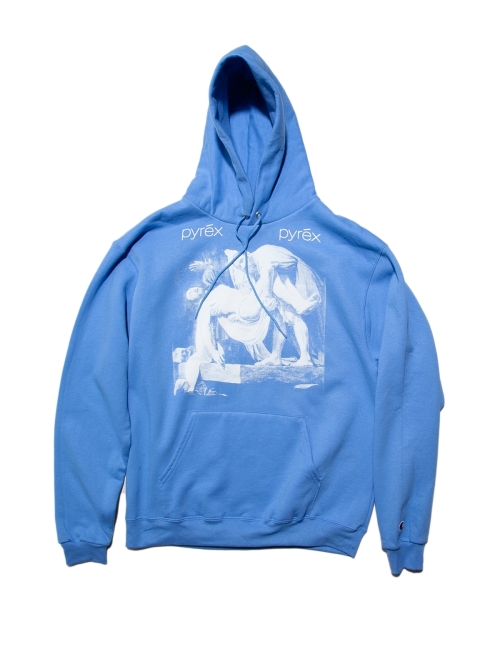 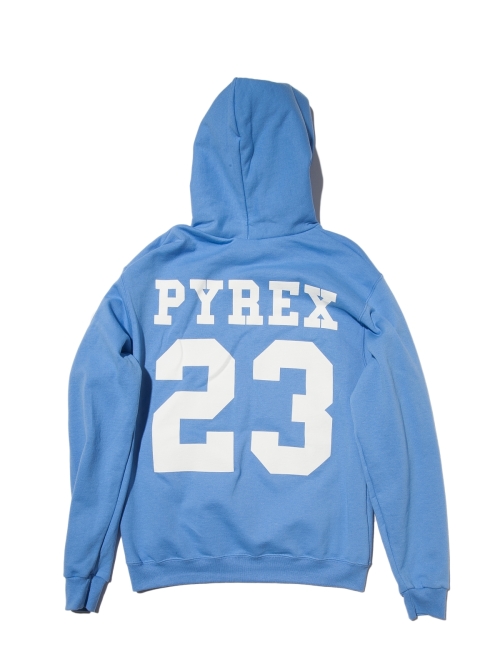 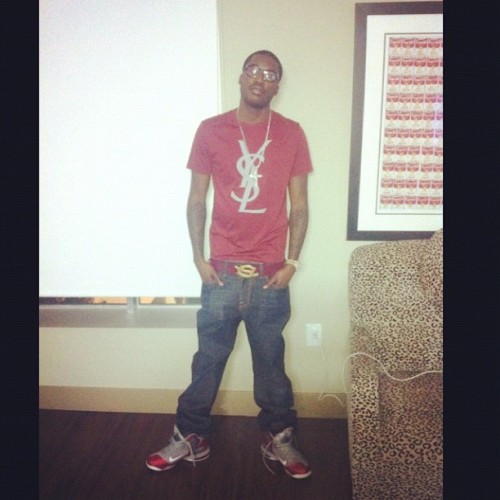 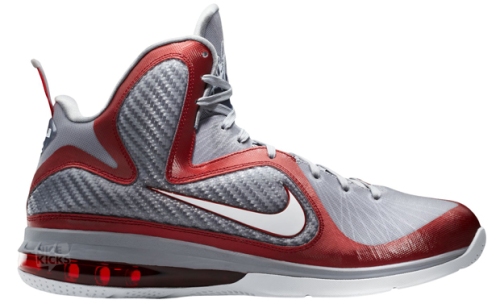 Philly’s own Meek Mill performed at BET’s ‘Rip The Runway’ on Wednesday (February 29). During his set, Meek styled in a leather jacket which he wore over a Hermes shirt and blue jeans paired with Timberland boots. He accessorized his outfit with a Yves Saint Laurent (YSL) logo belt which features a gold tone buckle surrounding the designer’s signature monogram & black leather strap. (Meek pic above via Necole Bitchie).

NEXT PAGE: MORE PICS OF MEEK MILL AND HIS 2012’s BEST OUTFITS

END_OF_DOCUMENT_TOKEN_TO_BE_REPLACED 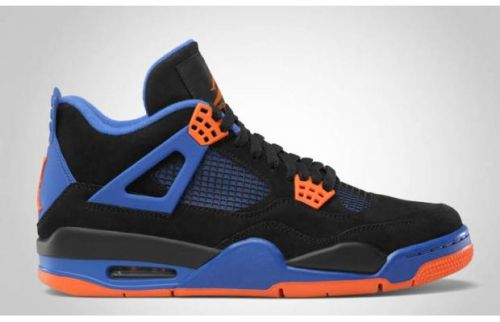 Back in October, Teyana Taylor was spotted making her way to the 2012 BET Hip Hop Awards at The Boisfeuillet Jones Atlanta Civic Center in Atlanta. For the event, Teyana kept it Hip Hop in a pair of $2,105  Balmain Camouflage Pants, and a black leather crop top paired with Air Jordan Retro 4 sneakers. 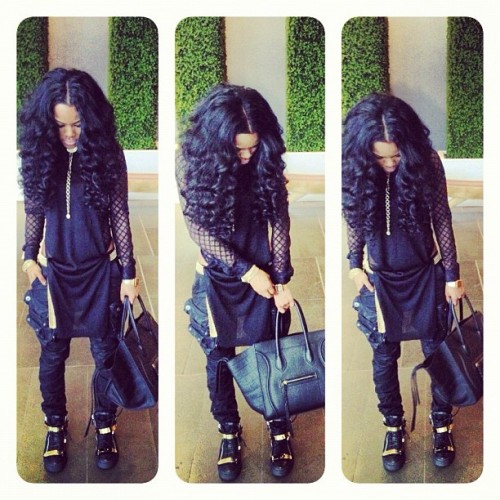 Teyana Taylor was spotted styling in a pair of $930 Giuseppe Zanotti Homme Double Gold Plated Strap Dual Zip High-Top Sneakers paired with black pants and a top. She accessorized her outfit with a black Celine luggage tote bag and a gold Versace bracelet. 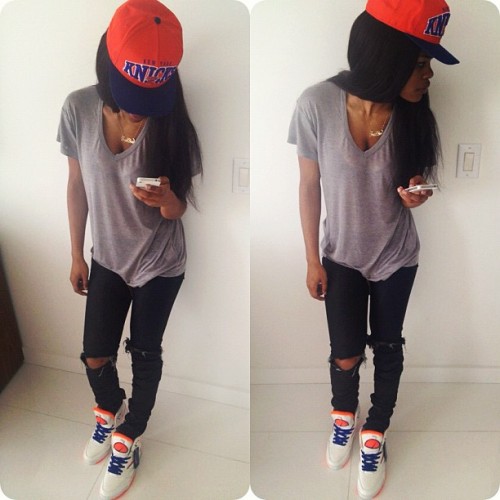 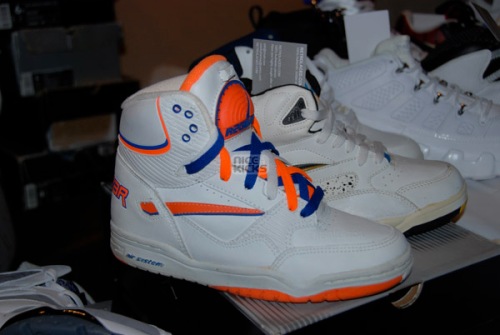 Teyana Taylor was photo’d wearing a pair of L.A. Gear Regulators “Knicks” with the matching snapback cap. She paired her sneakers and cap with a grey tee-shirt and ripped black jeans.

END_OF_DOCUMENT_TOKEN_TO_BE_REPLACED

To coincide with his signing to Playground Records, on December 31, up & coming rapper S.P.A.D.E. will release his new mixtape, I Hate S.P.A.D.E. Vol 1. The project features 13 new tracks including the lead single “40oz” which is available on iTunes and Google Play. 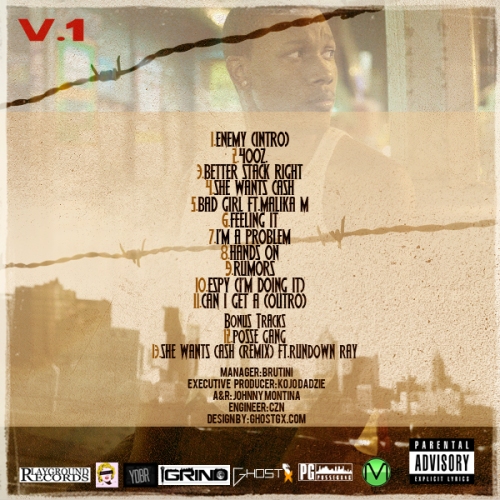 According to a press released, “THIS KID FROM NEW YORK CITY HAS GOT SOME NERVE! That is exactly what comes to mind when you hear the music of recording artist S.P.A.D.E . In the eyes of others he may come off as a bit “cocky”, but to him… he is simply confident and comfortable with his vibrant style. In 1986, Clifton Theus also known by S.P.A.D.E. was born in Georgia. At the age of two, he moved to the busy streets of Brooklyn, New York. A childhood plagued by violence and drugs all around, he quickly learned how to adapt to the up’s and down’s of the Brooklyn street life. Although circumstances would sometimes dictate the life he chose, as a hustler, S.P.A.D.E. was also a poet whose words imprinted a vivid picture to those who came across his art form of music. His ambition of living the glamorous life motivated him to pursue his ideas of creating a worldwide rap movement. So far, it’s been a path to success. Along the journey this youngster has society hypnotized by his unfinished story. S.P.A.D.E. is creating a path to form a legacy. We are witnessing a legend in the making,” said iGrind NYC.