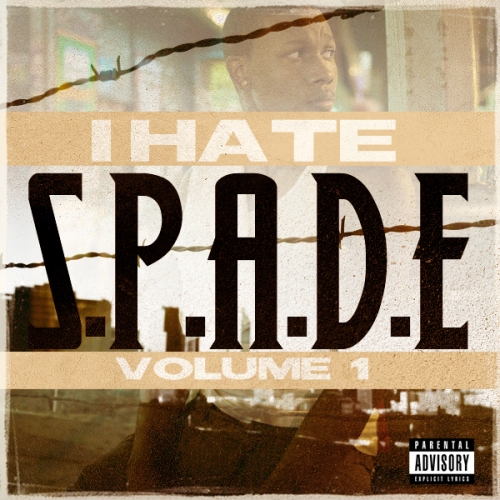 To coincide with his signing to Playground Records, on December 31, up & coming rapper S.P.A.D.E. will release his new mixtape, I Hate S.P.A.D.E. Vol 1. The project features 13 new tracks including the lead single “40oz” which is available on iTunes and Google Play.

According to a press released, “THIS KID FROM NEW YORK CITY HAS GOT SOME NERVE! That is exactly what comes to mind when you hear the music of recording artist S.P.A.D.E . In the eyes of others he may come off as a bit “cocky”, but to him… he is simply confident and comfortable with his vibrant style. In 1986, Clifton Theus also known by S.P.A.D.E. was born in Georgia. At the age of two, he moved to the busy streets of Brooklyn, New York. A childhood plagued by violence and drugs all around, he quickly learned how to adapt to the up’s and down’s of the Brooklyn street life. Although circumstances would sometimes dictate the life he chose, as a hustler, S.P.A.D.E. was also a poet whose words imprinted a vivid picture to those who came across his art form of music. His ambition of living the glamorous life motivated him to pursue his ideas of creating a worldwide rap movement. So far, it’s been a path to success. Along the journey this youngster has society hypnotized by his unfinished story. S.P.A.D.E. is creating a path to form a legacy. We are witnessing a legend in the making,” said iGrind NYC.