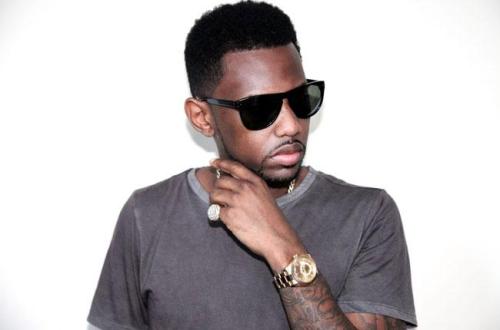 Last week, Def Jam rapper Fabolous released his new track, “Ready” Ft. Chris Brown which is the lead single off his forthcoming LP, Loso’s Way 2: Rise To Power. The album is scheduled to arrive later this year. Billboard’s The Juice caught up with the Brooklyn rapper, and Loso discussed the current state of NY Hip-Hop, his new album and said that he is 80-85% done with it, named some of the collaborations on the project and congrats A$AP Rocky. Before Loso ended his interview, he shared his not so good feelings about reality TV. Below are some highlights:

Before “Ready,” you released your “So N.Y.” anthem. There’s been a lot of talk about New York hip-hop and artists, both new and OGs, that have kept the city alive. What are your thoughts about the current state of N.Y. hip-hop and how you fit in it?
I think it’s always going to be a place for it. Of course, it’s not as prominent as it was in the past but that’s the change in music. Whether you’re from the South, West, East, or wherever, a lot of the music is sounding the same. Different artists rap over different beats but a lot of the artists are sounding the same. I think that’s where New York lost its leverage.

I think there’s always going to be artists that continue to put their stamp on the game, though. Congrats to A$AP Rocky. I think it’s great how he created a lane for himself. It may not sound like the typical 90s-2000s N.Y. music, but he’s still from here. He made N.Y. fit his style of music. There’s a change in the generation between the old and what’s going on now. You can’t make music for what people want N.Y. to be. You’ve got to make what you want. I think between him, French Montana and others, you’re going to hear different kinds of music coming from N.Y. It shows the diversity.

What are some of the songs or collaborations you’re excited about?
I’ve worked with a lot of guys. I’m not even sure which songs are going to make it or not yet. But I’ve worked with Chris Brown, of course. I got Rick Ross, John Legend, Future, Ne-Yo, Trey Songz, Young Jeezy, Chrisette Michelle. I’m just thinking of names off the top. I’m still working on piecing it together and making it sonically fit. I even got a text today and was speaking to Nas about doing something as well.

Wow. Talk about New York hip-hop. That would be crazy for the city.
Definitely. We haven’t worked together yet so I’d love to make that happen. We’re gonna pull it together.

You spoke about a record you having coming out about VH1’s “Love & Hip-Hop” show..
It’s not just about the show. It’s more about my situation and my views on reality TV. I just used that name because that show has been associated with my situation.

I think in hip-hop, reality TV has become just as important of a promotional tool as the radio. Something that once was thought of as gimmicky, is becoming more mainstream and accepted amongst artists.
I still think it’s gimmicky. You using a gimmick to sell what you’re trying to sell. In certain places, people are exposing or exploiting a lot of stuff. To each his own, but it’s not my cup of tea. I don’t choose to entertain with my personal life. I’d rather entertain with my music. I’m cool with my personal life being personal. Certain people don’t feel that way. They feel they can control it and show what they want to show. It’s not what I’m about. I can’t say I’d never do it because if I could control it and it was done the right way it could possibly happen. But as far as making a “For The Love of Loso,” nah.

Read the full interview over at  Billboard’s The Juice